I’ve previously written about green tea catechins but it was merely a brief overview. The benefits that this ingredient possesses is so extensive, I felt compelled to write a follow up article and explain exactly why this is in my health supplement daily regimen year round (regardless of some only using it during fat loss phases for its potential fat burning effects.)

Green tea leaves are comprised of four main compounds called catechizes (epigallocatechin-3-gallate (EGCG), epi-gallocatechin (EGC), epicatechin gallate (ECG) and epicatechin (EC.) Of these four, there is a reason why only one of them gets the spotlight. That being EGCG, mainly due to it having the most potency. Even though it is the most potent of all four of the catechins, it is still not extremely bioavailable in regards to human consumption. Due to the structure of these catechins, intestinal absorption is as low as 2% in humans (1.) It is because of these low absorption rates that two things need to happen in order to increase their bioavailability. Adding in an ingredient such as piperine (black pepper extract) has been shown to increase the absorption of EGCG drastically as well as taking EGCG on an empty stomach (2, 3, 4.) A study from Lee et al showed ingesting 400mgs and 800mgs of EGCG with only a light breakfast increased circulating levels of EGCG by roughly 92%. The more interesting part of this study was seen with the higher dose of 800mgs which showed an increased half life (5.)

Now that the basic pharmacokinetics of EGCG is understood, we can look into the benefits to supplementing with it. Like I previously said, the list truly does go on and on in terms of potential health benefits so we will stay within the framework of “why I chose to implement them year round” so you can better understand where I’m coming from. First and foremost is its anti-cancer properties. I think we can all agree that within today’s society, cancer and overall health disorders are at an all time high due to the nature of our environment. To me, anything I can use to help prevent anything of a cancerous nature from occuring, is more than worth its cost. These catechins effect cancer metabolism via telomerase inhibition, tNOX inhibition, induction of cellular apoptosis, and many other ways (6, 7, 8.) Although I havent seen conclusive literature to support all of these claims and to name it as a true anti-cancer agent, it still holds enough evidence to win me over. Moving forward into the second portion are its effects on fat mass and overall effects on body composition. A double blind study from Wang et al looked at the effects of catechin enriched green tea on body composition. They had four groups broken apart into low, moderate, and high groups. The low catechin group had 30mg catechins and 10mg caffeine. Two moderate catechin groups consisted of 460mgs catechins and around 115mgs of caffeine but undulating their frequency of use between groups. The final high catechin group consisted of 886mgs catechins and 200mgs of caffeine. They found that all groups decreased their waist circumference with the most changes noted in the high catechin group (9.)

As we are on the focal point of body composition, its also been shown to have favorable effects from a hormonal metabolism standpoint. Green tea can in fact inhibit the UGT2B17 enzyme. This is the enzyme which conjugates Testosterone into testosterone glucuronide (a less potent form) and can increase the active AUC of testosterone (10.) EGCG even further might have the potential to inhibit 5-alpha reductase, but the literature on this isn’t quite complete as its failed to do so in whole-cell cultures (11.) One bit of literature from Wu et al looked at the effects of 2 months usage of green tea in postmenopausal women, looking mainly at lipoprotein cholesterol, glucose, and hormone levels. There were no significant hormonal effects but there was a reduction in LDL cholesterol (10.) The reason I bring this study up in particular is because I wanted to show just how vast the research is on both sides of the “hormonal” equation. Pharmacokinetically it possesses the ability to do so. Now whether that truly takes effect in application can depend on personal metabolic rates, gender, age, and a host of other biological differences. To me, I feel it is worth noting as a possible benefit however. 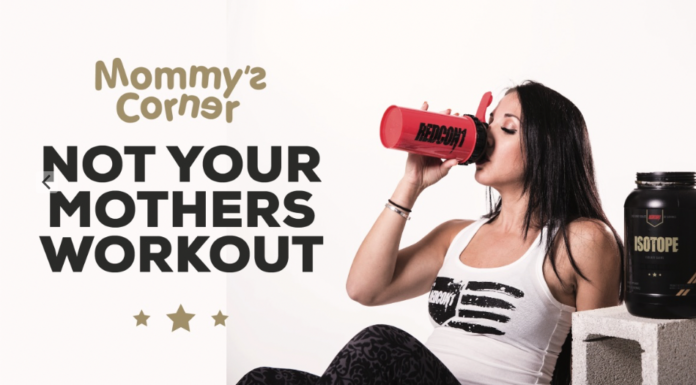 Not Your Mother’s Workout