The next ergogenic benefit is its ability to reduce DOMs or Delayed Onset Muscle Soreness. Although the research is sparse, its anecdotally reports must be recognized. Hurley et al looked at this very topic. The primary purpose of this study was to examine the effect of caffeine ingestion on muscle soreness, blood enzyme activity, and performance after a bout of elbow flexion/extension exercise. Nine low-caffeine-consuming males were randomly assigned to ingest either caffeine or placebo 1 hour before completing 4 sets of 10 bicep curls on a preacher bench, followed by a fifth set in which subjects completed as many repetitions as possible. Soreness and soreness on palpation intensity were measured using three 0-10 visual analog scales before exercise, and 24, 48, 72, 96, and 120 hours after exercise. After a washout period, subjects crossed over to the other treatment group. Caffeine ingestion resulted in significantly lower levels of soreness on day 2 and day 3 compared with placebo. Total repetitions in the final set of exercise increased with caffeine ingestion compared with placebo. This study demonstrates that caffeine ingestion immediately before an upper-body resistance training out enhances performance. A further beneficial effect of sustained caffeine ingestion in the days after the exercise bout is an attenuation of DOMS. This decreased perception of soreness in the days after a strenuous resistance training workout may allow individuals to increase the number of training sessions in a given time period (9.)

Although the list of beneficial ergogenic effects of caffeine continue on dramatically including things such as increased reaction time, possibly lowered perception of exertion, potential increase in testosterone levels, an ability to increase training volume, etc (10, 11), I think it is pertinent to conclude this article on the two main forms of caffeine you will most likely see in your pre workout supplements. Those two are: standard caffeine and caffeine anhydrous. The difference is actually quite simple, yet makes a massive amount of difference and it only has to do with the amount of water associated with the caffeine molecule itself. Caffeine anhydrous has essentially no water (I believe possibly only 0.5%) making it much more potent and easier to absorb. There is a very good study from Eric Trexler that looked at the effects of coffee and caffeine anhydrous on strength and sprint performance that may be able to give you a better understanding of caffeine anhydrous itself (12.) In conclusion, caffeine in any form is going to give you a performance enhancing effect. The anhydrous form is the superior version but you will still see benefits to standard caffeine/coffee ingestion. 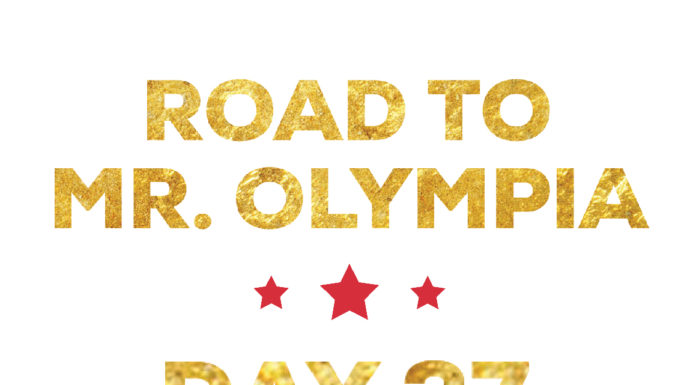 Dallas Journey to the Olympia – Day 27