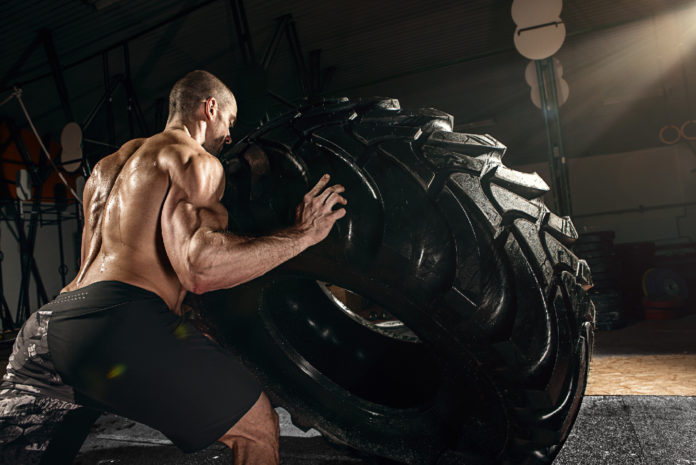 Unless your name is Phil Heath or Flex Lewis, you probably have some weaknesses in your physique.  Lagging body parts, muscle imbalances, atrophy, and asymmetrical muscle groups can all play a role in how your physique looks.  For those of us competing it is a very big deal.  For those not competing, it is still a big deal when you are trying to look your best.

Since the world’s largest bodybuilding show was recently, this conversation has come up a lot.  “He had him everywhere but the back.”  “His arms need to grow to match his chest.”  “His quads dominate his upper body.”

Lagging body parts are frustrating, especially when it seems like you are doing everything to improve them.  When we begin training everything seems to grow at such a high clip that it takes a while before you even begin to realize that certain body parts are not growing at the same rate as others.  Larger muscle groups take longer to develop than the smaller muscle groups.  Genetics also play a critical role in where you can pack on muscle mass.  Some people just aren’t meant to have 21 inch arms.  While that is a hard reality to accept; you can still progress to where you have a muscle bound and symmetrical physique.  You must learn to train smarter, not just harder.  Let’s look at some different methods to bring up lagging body parts.

If you have been hitting the same weekly split for years and nothing is happening, why not change it up?  Increase the workload from once a week to two or three times a week.  The increased frequency and volume will elicit more muscular damage, which will hopefully in turn mean more muscle hypertrophy.  Frank Zane was a big proponent of overtraining lagging body parts to bring them up.

By increasing frequency, overall volume within the training session may need to be taken back to ensure recovery is still optimal.  I would try to limit the overall work sets to under 10.  That means if you do three different exercises, only do three sets of those exercises.  It’s also a good idea to mix up the exercises during each session.  For example, if you do flat barbell bench press on Monday, don’t do barbell bench press on Wednesday.  Choose a different compound chest exercise such as incline dumbbell press.

By increasing frequency, your overall recovery ability will be compromised to a certain degree.  It’s important to remember this when constructing your training program, as other areas of training need to reflect this change in frequency.  Also focus on bringing up only one lagging body part if it is a large muscle group.  You will run your body into the ground if trying to bring up both legs and back simultaneously.

How can decreasing frequency be a benefit, when we just talked about increasing frequency?  You could actually be training too much; not allowing your body to fully recover between training sessions.  It typically takes 72 hours after a muscle is worked before it is fully recovered, and protein synthesis starts to dissipate.  A lot of times we use muscle indirectly when targeting other muscle groups, like triceps during a chest session for example.

Typically this is much less likely of a scenario than needing to train more frequently, but nevertheless it is still a possibility.

This probably seems like a no brainer, but not using proper form to target a muscle is a surefire way to miss out on some growth.  It’s important to consciously visualize the muscle being worked.  You may need to lower the weight and focus on the contraction of the muscle.

Working the muscle in a full range of motion will also give the greatest return when it comes to muscle hypertrophy.  Remember, we are trying to build muscle here not just move weight.  The weight is secondary to form when hypertrophy is the main goal.

This technique could be the most important to bringing up a lagging body part, especially for those who have trouble “feeling” the muscle being worked.  Pre exhausting a muscle is the idea of pre fatiguing the muscle by isolation before any compound exercises.  This is typically done with an isolation movement like pec deck for chest or straight arm pulldowns for back.  Choose an exercise that will not exhaust any other muscle than the one you want to target.

This will force blood into the target muscle, making it easier to feel the movement.  When setting up a program with pre exhausting incorporated, it’s crucial that the muscle being pre exhausted is not too much of a secondary muscle.  For example, do not pre exhaust the biceps before a back session.  If you do set up your training with two muscle groups being worked, always pre exhaust the larger muscle group first.

Unilateral movement is working one side of the body, and then the other.  So alternating dumbbell curls, one arm pulldowns, and one leg extensions are all examples of unilateral movement.  This is a great way to bring up a lagging body part, and bring more balance to your physique.

Unilateral movements actually recruit more muscle fiber activation than bilateral work.  Typically if you were to add up the weight between the two sides of the body, you are stronger on unilateral work than bilateral.  Heavier weight means a heavier and bigger physique.  Unilateral training is great for repairing muscular imbalances, such as one bicep being slightly larger than the other.

I am strictly talking about within the session here.  We already touched on increasing frequency, which will in turn increase volume over time.  By increasing volume within each session the muscle is being taxed further.  Recovery will be compromised to a certain degree, so nutrition and supplementation should reflect this.

Volume does not just refer to the amount of sets and reps completed in a workout, but could also mean different advanced training techniques.  These could be drop sets, supersets, negatives, and time under tension.  Anything that puts the muscle under more stress during a session could be considered as increased work volume.  Negatives are a great way to increase volume, because the increased time under tension will recruit more motor units than a traditional rep tempo.  Pump sets are another great way to increase total volume.  Pump sets keep the muscle under tension the whole set, while not completing an entire range of motion.  Think of the difference between how a bodybuilder does the bench press compared to a powerlifter.  Now take that concept and exaggerate it even more.  This is a fantastic way to burn out the muscle at the end of a session.

Nutrition obviously plays a key role in growing any muscle group.  When a muscle group is lagging, this is especially crucial.  You will need every edge you can get to increase glycogen uptake into the target muscle group.

Start by consuming slightly higher carbs before the workout.  Make sure the meal isn’t too large, as you want blood going to the muscle and not just to the gastrointestinal tract.  Choose a carb source such as white rice or oatmeal.

During the workout consume an intra workout carb source like Redcon1 Cluster Bomb.  This product has 25 grams of Cluster Dextrin per serving.  Cluster Dextrin is an easily digestible form of carbs with rapid gastric emptying properties.  This means that it will not weigh too heavily on the stomach, but will replenish glycogen to the target muscle group.  To bring up a lagging body part, try by increasing peri workout nutrition only on the days this muscle is being trained.

We all know that compound exercises are king when it comes to getting bigger, but isolation movements have their place.  This is especially true for muscles that need to be brought up.

Complete your normal workout, but throw in some specialized isolation movements to really burn out the muscle.  This concept is like pre exhausting, but backwards.  Instead of exhausting the muscle before compounds, you will really burn it out after the heavy lifting is completed.  This is a great technique for those not wanting to lose strength before major compound lifts.

Give some of these ideas a go.  Remember that your physique was not built over night, and neither will lagging body parts.  You cannot just throw the whole kitchen sink at it and hope that it all sticks.  Try by implementing one or two of these at a time, and then move on to the next.  Give these some time and you will see your physique grow into the symmetrical statue you had always hoped. 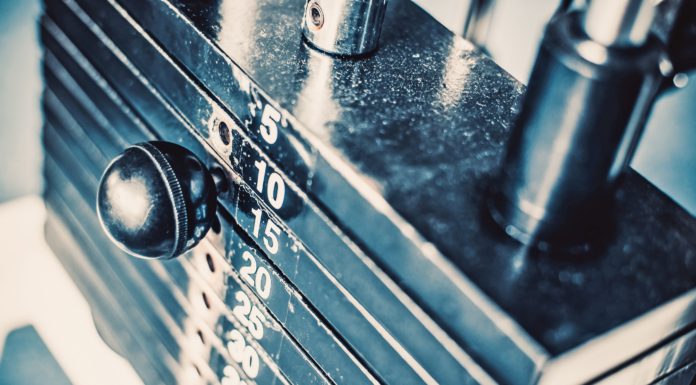 Stop the Yo-yo, and Grow