Most guys don’t pay enough attention to their diets. As highly competitive athletes we know the importance our diet can have in achieving our physique goals. One of Arnold Schwarzenegger’s trainers, the legendary “The Iron Guru” Vince Gironda, always used to say that bodybuilding is 85% nutrition, and only 15% is done in the gym. This clearly outlines the importance diet had even back in the early and golden days of bodybuilding as a competitive sport.

In this article, we want to highlight the top foods that can BREAK your diet and prevent you from making any progress in building muscle and strength. Some of these might be new to you, while others might be like that ex-girlfriend that you know is not good for you, but you simply cannot get enough of. Jokes aside, let’s take a look at the foods that have the power to make you less of a man:

Let’s start off with the real superstar of estrogenic foods, the infamous soybean, the source of everything from soy protein powder, tofu, tempeh, bean curd, soy milk and soy sauce. It’s also widely used as a food additive in things you would never even consider to contain soy without reading the label. The mayo in your burger?  Yeah, that’s from soybean oil!

Soy has made it into a majority of the most bought food products in our supermarkets simply because it is a cheap additive and is produced on a massive scale in Asia,  being the largest consumers of soy on the planet. Most guys know soy is bad for your manliness, it is starting to become common knowledge, so we don’t feel like we have to go so in depth on this one. But if you don’t, we’ll just leave you with this study showing that the men who ate the most soy, had the lowest sperm counts, something highly correlated with androgens and our fertility.

During the past decade, flaxseed products have skyrocketed in popularity. They have primarily grown to become a favourite among the vegan and vegetarian society since they offer a good plant source of Omega-3s, a nutrient otherwise widely deficient in the plant kingdom.

Even though there is a scientific basis for using flaxseed as a plant based and cheap Omega-3 supplement, these Omega-3s come in the form of ALA (Alpha-Linoleic Acid) and needs to be further converted in the body to a usable form. This conversion is poor at best (5-15%) if you are even lucky enough to have the genetics to make good use of ALA (everybody does not have it). Basically, if you are using flaxseeds for this purpose, you are throwing your money down the drain because it is not providing you with any real value regarding Omega-3s. If you want Omega-3, fish oil is king.

Flaxseeds do have some other proposed beneficial properties other than it’s fatty acids content. It is a high source of fiber and have been positively indicated to help lower blood pressure, cholesterol and even treat prostate cancer among many other things. It obviously has some benefits, but do they justify its use when it is also among the most estrogenic foods a man can consume? In some cases, it has even been shown to be more estrogenic than soy!

We are going to go out on a bit of limb here and be somewhat controversial when it comes to fiber because guess what; there is no real evidence that you need it. There are plenty of cultures around the world (Inuit, Maasai, Native American Indians, etc.) that did and still do just fine without any daily intake of fiber what so ever. Just think rational about it, and it all makes sense. Before the era of agriculture and cooking of grains, accessible sources of fiber was scarce at best. Even if you eat a kg (kilogram) of wild spinach a day, that would only yield you about 22 grams of fiber. The daily recommended amount today in the US dietary guidelines is 25-30 grams. Do you see anybody being able to consume this easily without cooking whole grains or mass producing and processing foods such as flaxseeds? No. And yes you can argue fruit fiber and such, but if you are from a northern climate, there is close to zero in the wild. Blueberries will yield you almost the same 24 grams of fiber per kg of berries. I think you get the point here. Just to solidify the deal for you, we will send you off with this study, which shows that a high fiber diet also results in a drop of 12% in total testosterone levels.

Let us bring you to the KO concerning flax, here is the real flaxseed killer for you guys out there. This study showed a decrease in total testosterone as well as free testosterone of 70-90% after 4-months of daily consumption. Worth the Omegas and useless fiber? We don’t think so bro.

This herb has a long history of use in Traditional Chinese Medicine and has quite a few beneficial effects that you could use to your advantage if you knew what you were doing (as traditional medicine practitioners often do, and regular consumers don’t). Liquorice can help regulate blood pressure and is a very potent anti-inflammatory. The root of the plant contains compounds that are similar to cortisol, our stress hormone, a type of glucocorticoid steroid. If you read lots of health news and blogs, it may seem that every article about cortisol is out there to demonize it and show you how you can lower it. However, keep in mind that this hormone plays an important function in the body just like everything else. At times of stress, for example when you are suffering an injury, cortisol is released and acts as an anti-inflammatory, preventing excess redness and swelling. It also mobilizes the rest of the body’s defences against potential stressors.

In the same way, the substances in Liquorice root mimic the effects of cortisol in your body when consumed. It can be used as a natural alternative to medications such as cortisone and prednisone, the implications in the body are the same. People that have burned themselves out both physically and mentally often experience a lack of cortisol production in the body. This is when liquorice can act as a potent remedy and enable a swift recovery.

However,  liquorice root is a highly estrogenic and hence a feminizing food if used in the long term. So, unless you have a specific reason to be eating it (medicinal that is), it does not justify going mad on liquorice candy.

Next up on the list is mint, and after reading this one, you might hesitate before reaching for that spearmint toothpaste tonight.

While mint is widely consumed in foods, teas and added to cosmetic products all around the world, some data is suggesting that it might not be all that good for men. Unfortunately, the only research available is a study done on rats, as well as another study done on women. Both studies concluded that consumption of spearmint lowered testosterone levels (yes women have testosterone too) and acted as a potent anti-androgen.

Most of all the different kinds of plants in the mint family, such as spearmint, sweet-mint, etc., have a lot in common, so it is likely their effects are similar. In other words to summarize, if you have a problem with your bad breath, we suggest you pick up cinnamon toothpaste or gum instead, just to be on the safe side.

People usually say they saved the best for last, but in our case, as we are sure you will agree, did not. Beer! Gasps! It can’t be true right?! You better buckle up for this one…

Beer is the favourite beverage of a majority of men. It might even be considered an epitome of manliness in some people’s eyes. Even Arnold said it himself in the infamous bodybuilding movie Pumping Iron (1977), “Milk is for babies. When you grow up, you have to drink beer.” Even though Arnold is one of the best bodybuilders ever to have walked this earth, he did not have it right about men’s favourite beverage.

The hops that most beers today are brewed from is a highly estrogenic plant. However, beer was originally not brewed from hops, which was something that was not introduced until much later. Examples of early beverages similar to beer were mead that the Vikings drank, which was made of only honey and herbs, no grains. Sugar, yeast and water are all that is needed to make an alcoholic drink. Hops, however, might be the most tragic accident in the history of alcohol brewing, as you can clearly see in all the guys around you sporting a serious beer belly.

As you might have figured out, there is a basis for that beer belly other than just an excess of calories. Hops, being the estrogenic plant that it is, contributes to a feminizing effect in men. Excess estrogen in men contributes to fat gain, and especially belly fat, as most of the aromatization of testosterone to estrogen is done in these types of fat deposits. Man boobs (gyno) is also a common sign of guys with beer bellies, which also stems from the high levels of estrogen present. It is impossible to develop gyno without excess estrogen, and the unfortunate thing is that once you have it, it’s permanent unless you do surgery.

There are way better options out there for men when it comes to alcoholic drinks, and the funny thing is that what would be considered the healthiest drink for men (that might also help increase your testosterone levels and make you more manly), is, in fact, no other than red wine. The drink that often gets the sissy stamp in the eyes of men and is usually designated for the women. Apparently, history took a turn for the worse somewhere along the line.

Keep estrogenic foods out of your diet and reap the benefits of optimal androgen levels and an improved sense of manliness!

Dallas Journey to the Olympia – Day 1 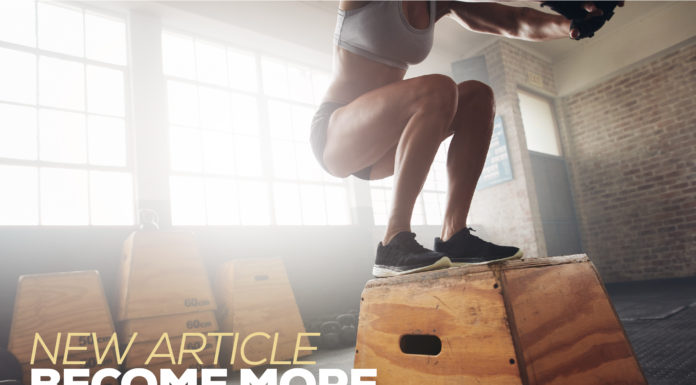 Mindset of a Competitive Bodybuilder