I know what you’re thinking and no its not a typo. I meant to title this DMHA and not DMAA. DMHA is slowly being introduced more and more into the market as a somewhat “replacement” for DMAA (which may potentially become a banned substance.) Just as with any ingredient that gets banned, someone much smarter than myself finds a way to replicate it and, in most cases, improve it to allow it to be purchased legally. This article is going to focus on DMHA, its application, its finer details, and some of the literature we have available to us (no matter how somewhat weak that literature may be.)

DMHA (2-Aminoisoheptane) works in a very similar manner to the popular DMAA. From a structural standpoint, DMHA’s structural relations are known as monoamine releasing agents. These are compounds that have the capability of increasing levels of certain monoamines. These are dopamine and noradrenaline. It works by boosting dopamine and noradrenaline uptake while simultaneously slowing down reuptake through activation of trace amine associated receptor 1 (1, 2.) This essentially stops their binding ability to their receptors keeping these monoamines active longer. That is why you have a longer lasting, stimulated effect. Another commonality seen between DMAA and DMHA is the addition of a methyl group on the alpha carbon which limits the effect of monoamine oxidase (MAO), increases the amphiphilic nature of this ingredient, as well as its affinity for the catecholamine transporters (3, 4, 5.) What this means is the compound’s half life will be longer, it will pass through the blood brain barrier much easier, and it will have a greater stimulatory effect overall.

Even of further interest is its classification as an alpha-1 adrenergic. Although the following literature is over fifty years old, it still holds some bearing (as I previously mentioned, the literature on 2-Aminoisoheptane is very sparse and is mostly animal research. But, it is all we have to go off of and learn from so we will utilize what literature we have. Just remember to keep these studies in context.) This first study from Hutcheon et al looked at octylamines and 2-aminoheptane was one of the compounds studied. They summarized the following. In rabbits and cats with breathing depressed by sodium pentobarbitone, 1- amino-octane and 2-amino-octane increased the rate of respiration and the volume of gas moved in and out of the lungs per minute. Second, the ratio of analeptic activity of amphetamine to 1-amino-octane in rabbits was 2.51 ±0.25, and of amphetamine to 2-amino-octane 1.84±0.22. Finally, although 1-amino-octane and 2-amino-octane were less toxic than amphetamine, the therapeutic ratio was still in favor of amphetamine as a respiratory stimulant. The observation that amphetamine was more effective than 1-amino-octane and 2-amino-octane in restoring depressed respirations to normal indicated that the presence of a benzene ring in an amine may be necessary for optimum analeptic activity. It was interesting to find, however, that a liphatic amines possessed as much stimulant activity as they did. Because they were found to have a long duration of action as amphetamine and were less toxic, it is suggested that 1-amino- octane and 2-amino-octane may have a place in the treatment of some cases of respiratory depression. An analeptic should increase the circulations that the removal of the substances which are depressing the vital centers is hastened. Of the drugs used in this study, amphetamine was the most active cardiovascular stimulant, although it was less effective than 1-amino-octane in dilating the coronary vessels. In man,2-aminoheptane and 2-methylaminoheptane were reported to be active circulatory stimulants by Roma-Vega and Adriani (1944), who found that they were effective vasopressor agents in combating hypotension during spinal anesthesia (6, 7.)

Moving beyond that study, we begin to understand how its pharmacology leads it to be the ingredient it is with the list of potential ergogenic aids it is touted to have. Within the Journal of pharmacology and experimental therapeutics, DMHA was shown to increase the pain threshold, raise blood pressure, and increase cardiac rate (8.) This is all again, done in animal studies and needs to be taken with a grain of salt. Anecdotally from the clients I’ve had implement it, it seems that many either metabolize DMAA or DMHA better than the other. I personally cannot tolerate DMAA but experimenting with DMHA has proven to be vastly beneficial. I suggest you exercise caution with this new ingredient and proceed accordingly. Once more literature on humans is available to us, I will be releasing a follow up article. 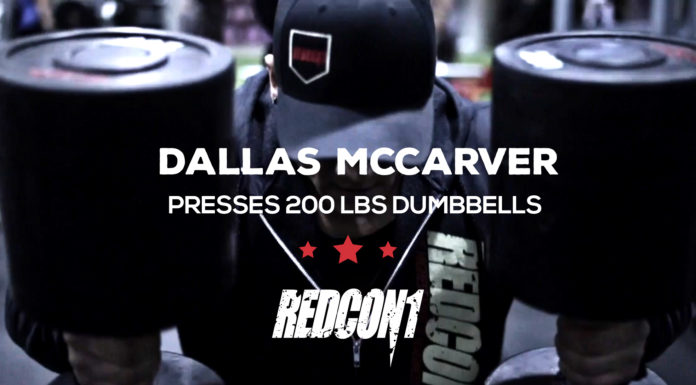