With that in mind, we can move further onto its interactions with actual fat mass (directly correlated to its potential to increase the rate of lipolysis. Lee et al (4) looked at how sulforaphane induced adipolysis via hormone sensitive lipase activation, regulated by AMPK signaling pathway. “Sulforaphane, an aliphatic isothiocyanate derived from cruciferous vegetables, is known for its antidiabetic properties. The effects of sulforaphane on lipid metabolism in adipocytes are not clearly understood. Here, we investigated whether sulforaphane stimulates lipolysis. Mature adipocytes were incubated with sulforaphane for 24h and analyzed using a lipolysis assay which quantified glycerol released into the medium. We investigated gene expression of hormone-sensitive lipase (HSL), and levels of HSL phosphorylation and AMP-activated protein kinase on sulforaphane-mediated lipolysis in adipocytes. Sulforaphane promoted lipolysis and increased both HSL gene expression and HSL activation. Sulforaphane suppressed AMPK phosphorylation at Thr-172 in a dose-dependent manner, which was associated with a decrease in HSL phosphorylation at Ser-565, enhancing the phosphorylation of HSL Ser-563. Taken together, these results suggest that sulforaphane promotes lipolysis via hormone sensitive lipase activation mediated by decreasing AMPK signal activation in adipocytes.” To understand this more in depth I suggest reading the works of Garton et al as well as Gaidhu et al on “Identification and role of the basal phosphorylation site on hormone-sensitive lipase” and “5-Aminoimidazole-4-carboxamide-1-beta-D-ribofuranoside-induced AMP-activated protein kinase phosphorylation inhibits basal and insulin-stimulated glucose uptake, lipid synthesis, and fatty acid oxidation in isolated rat adipocytes” (5, 6.)

Now, the moment you’ve been waiting for, MYOSTATIN INHIBITION! I’m sure many of you have skipped ahead to this part so I wont waste anymore time digging into the literature! Sulforaphane seems to repress myostatin transcription and suppression within skeletal muscle satellite cells. Fan et al discusses this relationship in great detail. Satellite cells function as skeletal muscle stem cells to support postnatal muscle growth and regeneration following injury or disease. There is great promise for the improvement of muscle performance in livestock and for the therapy of muscle pathologies in humans by the targeting of myostatin (MSTN) in this cell population. Human diet contains many histone deacetylase (HDAC) inhibitors, such as the bioactive component sulforaphane (SFN), whose epigenetic effects on MSTN gene in satellite cells are unknown. Therefore, we aimed to investigate the epigenetic influences of SFN on the MSTN gene in satellite cells. The present work provides the first evidence, which is distinct from the effects of trichostatin A (TSA), that SFN supplementation in vitro not only acts as a HDAC inhibitor but also as a DNA methyltransferase (DNMT) inhibitor in porcine satellite cells. Compared with TSA and 5-aza-2′-deoxycytidine (5-aza-dC), SFN treatment significantly represses MSTN expression, accompanied by strongly attenuated expression of negative feedback inhibitors of the MSTN signaling pathway. miRNAs targeting MSTN are not implicated in posttranscriptional regulation of MSTN. Nevertheless, a weakly enriched myoblast determination (MyoD) protein associated with diminished histone acetylation in the MyoD binding site located in the MSTN promoter region may contribute to the transcriptional repression of MSTN by SFN. These findings reveal a new mode of epigenetic repression of MSTN by the bioactive compound SFN. This novel pharmacological, biological activity of SFN in satellite cells may thus allow for the development of novel approaches to weaken the MSTN signaling pathway, both for therapies of human skeletal muscle disorders and for livestock production improvement (7.) Even furthermore CJ et al states “Sulforaphane (SFN) is a dietary isothiocyanate that exerts chemopreventive effects via NF-E2-related factor 2 (Nrf2)-mediated induction of antioxidant/phase II enzymes, such as heme oxygenase-1 (HO-1) and NAD(P)H quinone oxidoreductase 1 (NQO1). This work was undertaken to evaluate the effects of SFN on hepatic fibrosis and profibrotic transforming growth factor (TGF)-β/Smad signaling, which are closely associated with oxidative stress. SFN suppressed TGF-β-enhanced expression of α-smooth muscle actin (α-SMA), a marker of hepatic stellate cell (HSC) activation, and profibrogenic genes such as type I collagen, fibronectin, tissue inhibitor of matrix metalloproteinase (TIMP)-1, and plasminogen activator inhibitor (PAI)-1 in hTERT, an immortalized human HSC line. SFN inhibited TGF-β-stimulated activity of a PAI-1 promoter construct and (CAGA)(9) MLP-Luc, an artificial Smad3/4-specific reporter, in addition to reducing phosphorylation and nuclear translocation of Smad3. Nrf2 overexpression was sufficient to inhibit the TGF-β/Smad signaling and PAI-1 expression. Conversely, knockdown of Nrf2, but not inhibition of HO-1 or NQO1 activity, significantly abolished the inhibitory effect of SFN on (CAGA)(9) MLP-Luc activity. However, inhibition of NQO1 activity reversed repression of TGF-β-stimulated expression of type I collagen by SFN, suggesting the involvement of antioxidant activity of SFN in the suppression of Smad-independent fibrogenic gene expression. Finally, SFN treatment attenuated the development and progression of early stage hepatic fibrosis induced by bile duct ligation in mice, accompanied by reduced expression of type I collagen and α-SMA. Collectively, these results show that SFN elicits an antifibrotic effect on hepatic fibrosis through Nrf2-mediated inhibition of the TGF-β/Smad signaling and subsequent suppression of HSC activation and fibrogenic gene expression” (8.) 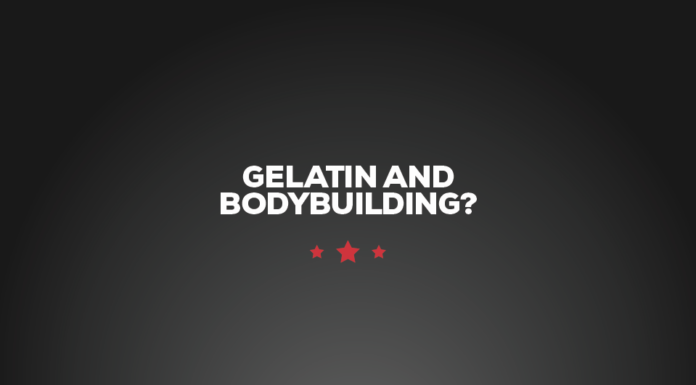 Road to Ms. Olympia: 5 Weeks Out