Now that I have your attention, lets talk about sulforaphane! It has a massively LONG list of benefits (including possible myostatin inhibition.) Sulforaphane is an active isothiocyanate found in food in the form of glucoraphanin which is mainly found in broccoli and broccoli sprouts.  The benefits of sulforaphane are like I said, extremely vast, including anti-cancer benefits, myostatin inhibition, possible fat burning mechanisms, possible reductions in glucose levels, and obviously is a massive anti-inflammatory. As always, we’re going to look at the research to see what has been found.

The best place to start is its anti-aging properties that seem to be based around its ability to reduce cellular build up of modified proteins, and the research comes to us from three different authors: Stadtman et al, Gan et al, and Kwak et al. Stadtman stated that a number of systems that generate oxygen free radicals catalyze the oxidative modification of proteins. Such modifications mark enzymes for degradation by cytosolic neutral alkaline proteases. Protein oxidation contributes to the pool of damaged enzymes, which increases in size during aging and in various pathological states. The age-related increase in amounts of oxidized protein may reflect the age-dependent accumulation of unrepaired DNA damage that, in a random manner, affects the concentrations or activities of numerous factors that govern the rates of protein oxidation and the degradation of oxidized protein (1.) It is conceivable that stimulating proteasome activity for rapid removal of misfolded and oxidized proteins is a promising strategy to prevent and alleviate aging-related diseases. Sulforaphane (SFN), an effective cancer preventive agent derived from cruciferous vegetables, has been shown to enhance proteasome activities in mammalian cells and to reduce the level of oxidized proteins and amyloid β-induced cytotoxicity. Here, we report that SFN activates heat shock transcription factor 1-mediated heat shock response. Specifically, SFN-induced expression of heat shock protein 27 (Hsp27) underlies SFN-stimulated proteasome activity. SFN-induced proteasome activity was significantly enhanced in Hsp27-overexpressing cells but absent in Hsp27-silenced cells. The role of Hsp27 in regulating proteasome activity was further confirmed in isogenic REG cells, in which SFN-induced proteasome activation was only observed in cells stably overexpressing Hsp27, but not in the Hsp27-free parental cells. Finally, we demonstrated that phosphorylation of Hsp27 is irrelevant to SFN-induced proteasome activation. This study provides a novel mechanism underlying SFN-induced proteasome activity. This is the first report to show that heat shock response by SFN, in addition to the antioxidant response mediated by the Keap1-Nrf2 pathway, may contribute to cytoprotection (2.)  The 26S proteasome is responsible for degradation of abnormal proteins and may play a role in cell survival upon oxidative stress. The indirect antioxidant sulforaphane (SFN) protects animal tissues from chemical toxicants by increasing the expression of several families of Nrf2-regulated genes. The role of induction of the 26S proteasome in cytoprotection by SFN was investigated in murine neuroblastoma Neuro2A cells. SFN enhanced the expression of the catalytic subunits of the proteasome, as well as proteasomal peptidase activities in these cells. Such treatment with SFN protected cells from hydrogen peroxide-mediated cytotoxicity in a manner dependent on proteasomal function. Inhibition of proteasome activities using pharmacological interventions significantly attenuated the protective effects of SFN against hydrogen peroxide cytotoxicity, as well as protein oxidation. Moreover, overexpression of the catalytic subunit PSMB5 enhanced proteasome function and led to elevated resistance against hydrogen peroxide toxicity and extent of protein oxidation compared to blank-plasmid-transfected cells. Pretreatment of PSMB5-overexpressing cells with SFN did not further enhance this resistance. Collectively, these results suggest that the cytoprotective effects of SFN against oxidative stress are in part due to up-regulation of the proteasome system. Therefore, inducers of proteasome expression may ameliorate the accumulation of damaged proteins associated with neurodegeneration and other diseases in whose etiologies protein oxidation plays a role (3.)

Dallas Journey to the Olympia – Day 21 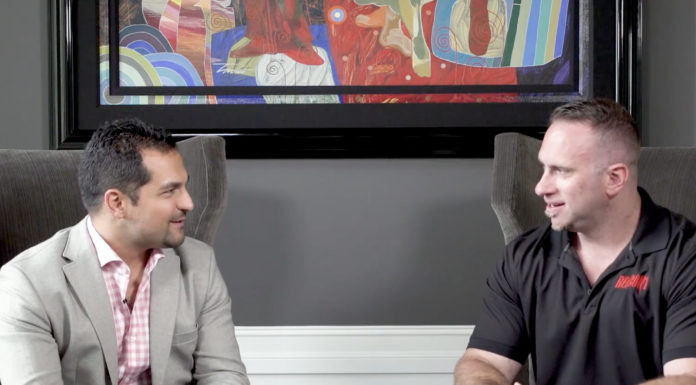