It’s human nature to want what we don’t have.  Remember when we were kids and we had to have the latest and greatest toy, video game, or shoes?  Apparently bodybuilders and fitness enthusiasts are just overgrown children; we want to be big when we are lean, and want to be lean when we are big.  So what do a lot of us do?  We fall short of our goals because it’s such a psychological mind game to stay committed to the initial plan.

I am just as guilty as the next person.  After competing I could not wait to enter a true offseason and put on as much tissue as humanly possible.  In my mind it did not matter as much if I were to gain some extra body fat, because I was ready to get big!  Here I am now five months post contest, ready to get lean again.

It seems that social media has had a negative impact on the idea of growing.  It’s not fun to post a selfie when you are 12 percent body fat looking a little softer than you did a few months back.  Everyone on Instagram is seemingly lean 365 days a year, making it less enticing to gain a little extra body fat.

There is actually science behind the idea that humans want what they can’t have or don’t have.  One of these being insecurity, not being satisfied or feeling self-conscious of the present.  When we are lean we actually think we are not lean enough, making us want to do a 180 and start chasing size.  The same can be said for being heavier with a little extra softness; we are not satisfied with the current look and want something better.

We also picture in our minds that being lean is actually more satisfying that what it truly is.  When I look back at progress pictures when I was single digit body fat I cannot believe I was that lean, but at the time I did not think I really was.  We romanticize things that are not readily available, so we deviate from the plan.  We do “mini cuts” and short bursts of calorie cutting to hopefully not get too fat.

Truthfully, all this does is hinder the end game results.  Now, there is some benefit to mini cuts such as increasing insulin sensitivity if the body becomes resistant.  As far as the prevention of body fat accumulation, the best way to avoid this is to slowly progress calories.

So let’s break away from the notion that we want what we don’t currently have, and put on considerable muscle mass.  The key to any mass building program is to progressively increase calories until that caloric intake is higher than what it was before a caloric deficit program, while also being leaner at a higher body weight.  If fat gain is a concern, then be even more deliberate about small increases in overall calories.

Macronutrients are what are going to make up your total caloric intake, and they should be the main goal when building a nutrition program.  100 grams of carbs is completely different than 50 grams of carbs and 50 grams of protein.  Typically in a mass gaining phase you want carbohydrates to be the highest macronutrient consumed, with protein being a close second.  As anyone wanting to have considerable muscle mass it’s important to consume a fairly large amount of protein.  It’s important to remember that one gram of protein and carbs is four calories, and one gram of fat is nine calories.

So if this is the case, how do people lose weight or gain weight?  They create new set points.  By increasing calories and macros to a point that the body has no choice but to move in body weight.  At this point it’s important to remain at this specific set point for a short period of time before attempting to make another big jump.  This idea is multi beneficial in that you can gain muscle, but also limit the amount of body fat accumulation.  The goal is that we can break away from the yo-yo effect of going back and forth between wanting to get bigger and wanting to be lean.

Just as it’s important to slowly progress upwards in calories, so should training.  Every week and every phase should see an increase in weight, reps, overall volume, or total workload.  To gain considerable amount of muscle mass, training intensity should never falter.  Even at the beginning of a bulking phase intensity should be high.  Where the changes occur will be in the aforementioned weights and volume.

Progress your lifts (as long as proper nutrition is in place) and you will see your body follow suit and get bigger.  The body really has no choice but to adapt if lifts are increasing.  In a bulking phase a program like the popular powerbuilding program might be beneficial.  In a program such as this frequency is high and lifts progression is important.  Obviously this goes without saying, but proper form and safety is the most important thing when talking about any training program.

Nutrition is number one when it comes to any program, but supplements truly compliment a proper nutrition protocol.  As calories climb to their peak, it’s difficult to get all calories from solid food choices.  A product I really like for a big boost in calories is Redcon1 MRE.  Each serving contains 525 calories, 4 grams of fat, 75 grams of carbs, and 47 grams of protein.  Not only is this a great alternative to solid food, but it actually contains real food ingredients like rolled oats, beef protein, salmon protein, chicken protein, yams, sweet potatoes, and real fruit.  I could argue this is the single greatest supplement ever created!

Another product to help gain some size is Redcon1 Tango.  Creatine has been widely recognized as a mass gaining aid longer than any other category of sports supplement on the market.  Tango contains 5 grams of creatine monohydrate, 1 gram of creatine hydrochloride, 1 gram of creatine magnapower.  These various forms of creatine will help ensure that there is a high bioavailability and assuring the most is absorbed into the body. Creatine helps with ATP production, recovery, endurance, and muscular strength.

Redcon1 Total War will help you push through the most grueling and intense weight training sessions.  While calories are high it’s best to take advantage of your time in the gym to put on the most amount of muscle mass.  This is not just another high stimulant product, but also contains ingredients like citrulline malate, beta alanine, and agmatine sulfate to give you skin splitting pumps.  While a pump feels good in the gym, it can also help elicit muscular hypertrophy as well.

The lesson to be told here: stop yo-yoing, make a plan, and get it done.  It’s not going to happen overnight, and it’s not going to happen without fat gain.  It’s easy to become complacent and say “that’s good enough.”  Come up with some goals and follow through with the plan.  We all want what we don’t have, but do you have what it takes to get to the next level with your physique?  Do you have the willpower to get as big as you can? 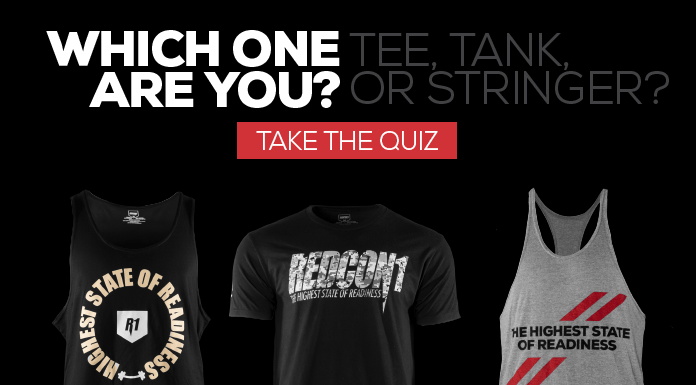 What type of apparel fits your personality? (T-shirt, Tank, or Stringer)