If you were to simply read this title, many would shrug it off and say that you either CAN or you CANNOT grow from light weight (low load) training. It seems everyone is stuck in one end of the spectrum when it comes to this topic that no one connects the dots and discusses hypertrophy as a whole. For that reason, I wanted to cover this topic a little more in depth to help shed some light on this matter. Before we begin I must attribute credit to Dr. Stuart Phillips who has discussed this matter extensively and has taught me a great deal. I must also credit the researchers that all of these upcoming studies will be coming from. Those being Burd, Mitchell, and Schoenfeld as their work is what allows us to correlate anecdotal evidence in order to find the truth. We must begin with first looking at the research presented from these researchers before answering the question of “does light weight training stimulate hypertrophy?”

The first bit of literate comes from Mitchell et al where they looked at how resistance exercise load does not determine training-mediated hypertrophic gains in young men. They had eighteen men had their legs randomly assigned to two of three training conditions that differed in contraction intensity or contraction volume. Subjects trained each leg with their assigned regime for a period of 10 wk, 3 times/wk. They made pre- and posttraining measures of strength, muscle volume by magnetic resonance (MR) scans, as well as pre- and posttraining biopsies of the vastus lateralis, and a single postexercise (1 h) biopsy following the first bout of exercise, to measure signaling proteins. Training-induced increases in MR-measured muscle volume were significant, with no difference between groups. Isotonic maximal strength gains were not different between 80%-1 and 80%-3, but were greater than 30%-3, whereas training-induced isometric strength gains were significant but not different between conditions. Biopsies taken 1 h following the initial resistance exercise bout showed increased phosphorylation of p70S6K only in the 80%-1 and 80%-3 conditions. There was no correlation between phosphorylation of any signaling protein and hypertrophy. In accordance with our previous acute measurements of muscle protein synthetic rates a lower load lifted to failure resulted in similar hypertrophy as a heavy load lifted to failure (1.)

Based off of that study from Mitchell et al, we find that hypertrophy is more correlated to fatigue/failure than actual load. But obviously one study is not enough to draw an accurate conclusion so we will now continue on to work from Dr. Brad Schoenfeld et al. The first study measured the effects of low- vs. high-load resistance training on muscle strength and hypertrophy. The purpose of this study was to compare the effect of low- versus high-load resistance training on muscular adaptations in well-trained subjects. Eighteen young men experienced in RT were matched according to baseline strength and then randomly assigned to 1 of 2 experimental groups: a low-load RT routine where 25-35 repetitions were performed per set per exercise or a high-load RT routine where 8-12 repetitions were performed per set per exercise. During each session, subjects in both groups performed 3 sets of 7 different exercises representing all major muscles. Training was performed 3 times per week on nonconsecutive days, for a total of 8 weeks. Both HL and LL conditions produced significant increases in thickness of the elbow flexors, elbow extensors, and quadriceps femoris, with no significant differences noted between groups. Improvements in back squat strength were significantly greater for HL compared with LL, and there was a trend for greater increases in 1 repetition maximum (1RM) bench press. Upper body muscle endurance improved to a greater extent in LL compared with HL. These findings indicate that both HL and LL training to failure can elicit significant increases in muscle hypertrophy among well-trained young men; however, HL training is superior for maximizing strength adaptations (2.) Now we see a different side of the argument where, although light load training increased hypertrophy, heavy load training is favored for maximizing strength. This brings on onto our second study again from Schoenfeld et al that was a meta analysis of muscular adaptations in low- versus high-load resistance training. The purpose of this paper therefore was to conduct a meta-analysis of randomised controlled trials to compare the effects of low-load (≤60% 1 repetition maximum [RM]) versus high-load (≥65% 1 RM) training in enhancing post-exercise muscular adaptations. The strength analysis comprised 251 subjects and 32 effect sizes, nested within 20 treatment groups and 9 studies. The hypertrophy analysis comprised 191 subjects and 34 ESs, nested with 17 treatment groups and 8 studies. There was a trend for strength outcomes to be greater with high loads compared to low loads. The mean ES for low loads was 1.23 ± 0.43. The mean ES for high loads was 2.30 ± 0.43. There was a trend for hypertrophy outcomes to be greater with high loads compared to low loads (difference = 0.43 ± 0.24.) The mean ES for low loads was 0.39 ± 0.17 (CI: 0.05, 0.73). The mean ES for high loads was 0.82 ± 0.17. In conclusion, training with loads ≤50% 1 RM was found to promote substantial increases in muscle strength and hypertrophy in untrained individuals, but a trend was noted for superiority of heavy loading with respect to these outcome measures with null findings likely attributed to a relatively small number of studies on the topic (3.) 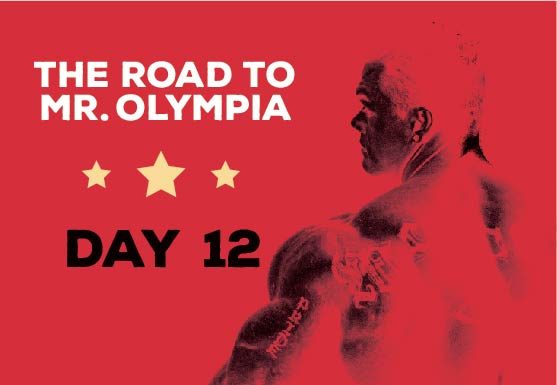 Three Different Forms of Creatine in Tango For Ultimate Recovery