In today’s society, it would be rare to see any company or person that doesn’t partake in social media. For companies, its a tremendous form of free advertising as well as a platform to display what your companies morals and values really are. For normal people, its a way to stay connected and show others what your doing. They are many other reasons for social media but plain and simple, its as common as someone driving a car. Taking a different standpoint is social media and how its related to bodybuilding. This is an aspect that is completely different than everyday Facebook posts to a relative or a company posting about their newest novel product. Social media has helped and hurt bodybuilding in many various ways. The one that stands out as the biggest double edged sword is the ability to decimate information.

The internet is now at a point where anyone can write a paper, make a blog, make a youtube channel, post on a forum, or pretty much put their ideas out there to the public in every way imaginable. This is extremely positive in some ways! In bodybuilding, you’ll find the younger generation trying to pick a major at their college based on their passion for bodybuilding, but there is no course that will lead directly to bodybuilding. So, fields like anatomy and physiology, dietetics, and other degrees become the main choice for these students! As the years of college pass they begin to realize that this formal education is extremely important but is rather a broad overview of what they really want, which is geared towards our small population of bodybuilding. That is where the internet comes in! Formal education is the base we all need to have, but when you want to specialize your field, the internet becomes a great tool! Tremendous minds like Dr. Scott Stevenson, Dr. Brad Schoenfield, Dante Trudel, and many others have article upon article written to help you further your “bodybuilding specific” education. You can learn from the top minds for free instead of the massively high cost of university education (even though you do need both.) But for this single positive aspect, remember what I said, ANYONE can post anything they want to online. So for every Dr. Scott Stevenson thats out there, there are thousands of no name posters that can write anything they want. While you have those top guys utilizing real world application such as Dante Trudel adding 50+ lbs of lean tissue on to people or Dr. Scott Stevenson who backs up almost every claim with a dozen or so references, you still have those few people that can argue those claims and make articles about how their program or viewpoint is superior (when in many cases, they are just internet no names that like to cause trouble because they have nothing else to do in their lives.) This obviously makes social media for the purpose of learning good and bad, as there is somewhat of an “information overload” happening, where the uninformed do not know who to believe.

Now for the aspect of social media that again is double edged sword…Instagram and Facebook. In terms of how its helped bodybuilding, I think thats pretty clear. Back in the day people had to wait weeks to find out who won a contest or who was competing in which show. Essentially the polar opposite of today where we can see live streaming videos, pictures, and results immediately after or even while the event is still taking place! Thats pretty cool right?! Bodybuilding has begun to gain more popularity because its becoming less and less of a sport that hides in the dark, but rather, a sport that has been walking into the light. This has caused bodybuilding to open new divisions which drives more business and eyes to the sport which again, simply enhances the sport! But, for as great as social media has been for the actual growth and coverage of bodybuilding, once again we run into an issue. Sadly, this issue I feel sometimes takes over and is more discussed than all the good social media has done for bodybuilding. This issue is typically labeled “Instagram or youtube famous.” This is where someone who may or may not have ever competed before, has an even bigger following than some of the professionals on the circuit. But it still goes further than simply having more followers. These “stars” are once again decimating information that is typically just flat out wrong. Even worse is their ability to only show the highs of their life and never the lows. This leads to people having unrealistic expectations. This is most commonly seen by the “star” that apparently is shredded year round and eats whatever he wants. But what most people dont understand is that that is simply not reality. The reality of the situation is that he dieted down, took thousands of pictures, and simply uses those to post throughout the year to keep their business relevant and to put on a persona to the public. To make matters worse, some of these guys flat out lie. By the amount of articles I’ve written you all know I am completely unbiased on whether or not someone chooses to be natural or enhanced. Thats a personal decision and as long as your honest about it then to me, it doesn’t make a difference. But some of these guys will literally use contest prep type cycles JUST to end up taking these pictures for their business. They will essentially abuse gear simply to put on a false persona to the public. To me, thats not right. That aspect of bodybuilding is usually taboo to discuss but again, its the reality of our sport.

As I’m sure you can tell, I could write on and on about social media and bodybuilding as this hasn’t even scratched the surface of what is really going on in some situations. But, I can say that no matter how long I talked about this matter, the end conclusion would be the same. Social media has helped and hurt bodybuilding for a variety of reasons and its your job to stay positive and focus on the positive aspects of that and simply avoid the negatives. With the amount of internet trolls there are on social media you need to learn to have thick skin if you plan on being on social media in the bodybuilding community. So stay positive, use social media for good and not selfish or evil purposes, and help to expand bodybuilding by not bringing each other down or putting out poor information.

Day In The Life – Dallas McCarver 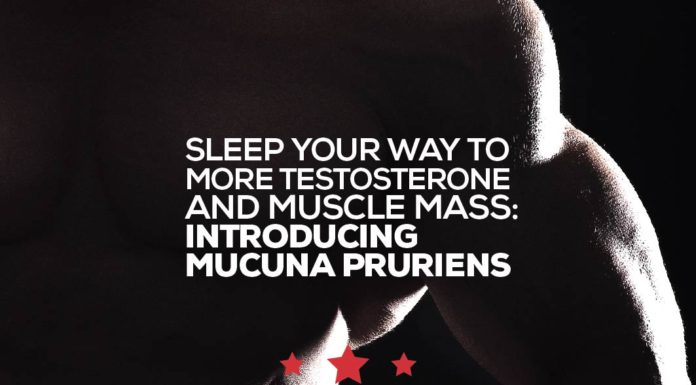