White willow bark is a supplement ingredient that tends to never be spoken about. Whether its because many do not know about its benefits or think those benefits aren’t worth the cost of the supplement, it does not get its just due. My purpose of this article is to shed light on this supplement ingredient and hopefully get you to understand why its commonly placed with a thermogenic or some kind of fat loss based product.

As the name suggests, white willow bark comes from the willow tree. Its commonly known as “nature’s aspirin” as it aids in reducing muscle pain, headaches, cramps, arthritis, lower back pain (which still needs more research to be conclusive) gout, and many other inflammatory diseases (1, 2, 3, 4, 5, 6.) The active ingredient that aids in those areas of concern is salicin. Salicin is converted in the body into salicylic acid. You may be asking yourself, why does a supplement that is essentially the more natural version of aspirin matter within a fat loss based supplement?…for the same reason aspirin in including with the traditional ECAY fat burning supplement stack (ephedrine, caffeine, aspirin, and yohimbine.) That purpose is to essentially prevent blood clotting as well as to aid in the signal transduction of ephedrine via prostaglandin inhibition. In fact it is very common to see people actually alter aspirin and white willow bark while utilizing an ECAY stack as aspirin isn’t the easiest medication on your body (especially during a time when stress on your internal organs is most likely going to be high.) Beyond its synergistic effect that it has with many popular fat loss supplements, it also has a tremendously long list of other beneficial health related effects which I previously glossed over.

First and foremost, its treatment for low back pain, which is something very common among avid gym goers. Chrubasik et al conducted research on the treatment of low back pain exacerbations with willow bark extract. This was a randomized double-blind study that enrolled 210 patients with an exacerbation of chronic low back pain who reported current pain of 5 or more (out of 10) on a visual analog scale. They were randomly assigned to receive an oral willow bark extract with either 120 mg (low dose) or 240 mg (high dose) of salicin, or placebo, with tramadol as the sole rescue medication, in a 4-week blinded trial. The principal outcome measure was the proportion of patients who were pain-free without tramadol for at least 5 days during the final week of the study. The treatment and placebo groups were similar at baseline in 114 of 120 clinical features. A total of 191 patients completed the study. The numbers of pain-free patients in the last week of treatment were 27 (39%) of 65 in the group receiving high-dose extract, 15 (21%) of 67 in the group receiving low-dose extract, and 4 (6%) of 59 in the placebo group (P <0.001). The response in the high-dose group was evident after only 1 week of treatment. Significantly more patients in the placebo group required tramadol (P <0.001) during each week of the study. One patient suffered a severe allergic reaction, perhaps to the extract. They concluded by stating that willow bark extract may be a useful and safe treatment for low back pain (1, 2.)

Second is its role as a natural pain killer as possibly having anti-cancer agents associated with it. Within their abstract, Enayat and Banerjee state that “we have shown the high antioxidant activity, phenolic and flavonoid content in the ethanolic extract of bark (EEB) from Salix aegyptiaca, a species endogenous to the Middle East. We have also reported that incubation with EEB resulted in a reduction in cell proliferation through the induction of apoptosis and cell cycle arrest via the inhibition of phosphatidyl inositol 3-kinase/Protein kinase B and mitogen activated protein kinases signaling pathways as strongly as commercial inhibitors. The current study demonstrates the robust inhibition of anchorage-independent growth, motility, migration, and adhesion of colon cancer cell lines HCT-116 and HT-29 by EEB. These in vitro functional changes were accompanied by a restoration of E-cadherin expression, a reduction in EGFR, SNAI1, SNAI2, and Twist1 and the matrix metalloproteases MMP9 and MMP2. Many of these proteins are involved in the process of epithelial to mesenchymal transition, which is considered as a critical step in the progression of noninvasive tumor cells into malignant, metastatic carcinomas. We therefore propose that EEB from Salix aegyptiaca is a potent nutraceutical causing cancer chemoprevention by inhibiting epithelial to mesenchymal transition and can be consumed for its health promoting effects (3.)

Day In The life With Dallas McCarver 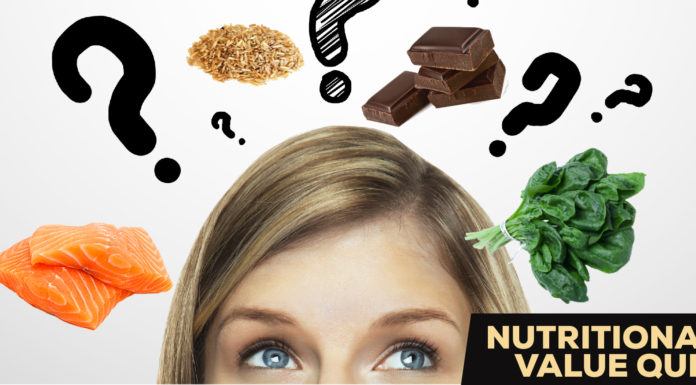 Can you guess which foods have the most Nutritional Value?