The Olympia is less than 90 days away and once again the name Kai Greene is dominating the world of bodybuilding. The IFBB’s recent announcement that Greene had been issued a “special invitation” to compete has sparked discussion across the industry. Far from being a one-off event, Kai’s potential return to the Olympia stage has been eagerly anticipated since his departure from the contest after taking 2nd in 2014. The past three years have been a busy time for The Predator, we’ve witnessed him take home the coveted Arnold Classic, promote his own supplement line (Dynamik Muscle), and make numerous guest posing appearances across the globe. To determine what kind of effect Kai would have by re-entering the contest, let’s take a closer look at the current Olympia line up as well as Dynamik Muscle.

There are currently (as of 6/27/2017) fifteen athletes qualified for the open class at the Mr. Olympia 2018. It doesn’t take much imagination to conclude that Kai would have no problem dealing with the majority of them, but his potential problems arise when you get down to last year’s top four. Phil Heath, Shawn Rhoden, Dexter Jackson, and Mamdouh Elssbiay (Big Ramy) would likely be Kai’s prime competition, and while Kai has beaten each of them at the Olympia in the past (except Heath), Kai’s three year hiatus from the competition doesn’t help his case much. Certainly with Dexter aging it’s possible to see him slip further down in the rankings, but Rhoden is only a year older than Kai and has taken no such hiatus from competing. Ramy and Heath are still in their 30’s, and Ramy in particular could potentially improve his 4th place ranking from last year. Lastly, none of these four athletes have the added concern and stress of having to run their own company while preparing for a show.

This brings us to our next topic: Dynamik Muscle. Launched in 2015 and selling everything from preworkout supplements to gym apparel, the company has grown quickly within the ranks of the bodybuilding industry’s premier brands. The company has benefited greatly from an excellent social media presence, and having a top-tier Olympian as its front man. Unfortunately, the same thing could be said of rival brand Gifted Nutrition up until 2016. Designed and masterminded by Olympia winner Phil Heath, Gifted Nutrition was his attempt at creating a personal brand (much like former Olympia winner Jay Cutler’s Cutler Athletics), and sold many products similar to what Dynamik Muscle offers. Ultimately the responsibility of running a company became too much for Heath, who announced his withdraw from it in 2016. Many aspects of his departure from the company have been debated, including whether or not the stresses of running a business may have contributed to his physique’s slight decline at the 2015 Mr. Olympia. If Kai were to re-enter the competitive ranks, it cannot be ruled out that doing so could strain his relationship with Dynamik Muscle. In 2017’s bodybuilding documentary Generation Iron 2 the audience was given a peek behind the scenes at the inner workings of Dynamik Muscle, and in particular Kai’s role in formulating new products. From what we can glean in these few scenes, Kai appears to take an in depth, hands on approach with his company. To begin prep for the Olympia, it is almost certain that Kai would have to (at least temporarily) step back from many aspects of running his business. Whatever the specifics, Kai’s relationship with Dynamik Muscle would change.

This is not to say that all the possible aspects of Kai competing are negative. The bodybuilding community’s fans have long been clamoring for Kai’s return to the stage. If he were to announce his acceptance of the IFBB’s invitation, the entire industry would be abuzz for weeks. Much as the return of 90’s bodybuilding legend Kevin Levrone caused a stir in 2016, Kai would be able to accomplish the same in 2017. In addition the publicity would surely drive traffic to Dynamik Muscle’s products, greatly benefiting the company.

Several once-consistent Olympians have left the competition in the past few years. Branch Warren competed last in 2015, where he took 6th place. Dennis Wolf last competed in 2015 as well, having since undergone significant surgery to his cervical spine. Other popular names are often speculated to drop out in the coming years (Victor Martinez, Dexter Jackson, Johnnie Jackson, etc.). Kai’s possible return to the stage (along with Wolf’s) is seen as a spark that could reignite interest in a competition that many believe has stagnated in the past two years. Both 2015 and 2016 saw slight variations of Heath, Rhoden, and Jackson in the top three. Without the return of Kai Greene to shake things up, it is certainly possible to see the same exact results in 2017.

So what can we expect? Realistically the chances of Kai competing are low. While never outright stating it, Kai has hinted in multiple interviews that he won’t be seen at the Olympia any time soon. Many people blame internal politics for Kai’s lack of a Sandow. Whether you believe that to be true or not, even just the idea that the game is rigged against you can be demotivating and discouraging to any athlete. It’s been over a week since the IFBB officially posted news of their invitation and we’ve heard nothing regarding it from the Kai camp. All mention of the invitation has been removed from the IFBB’s official social media accounts. So don’t hold your breath or go betting your savings on Kai’s return, because only Kai himself knows what his future holds.

Not Your Mother’s Workout 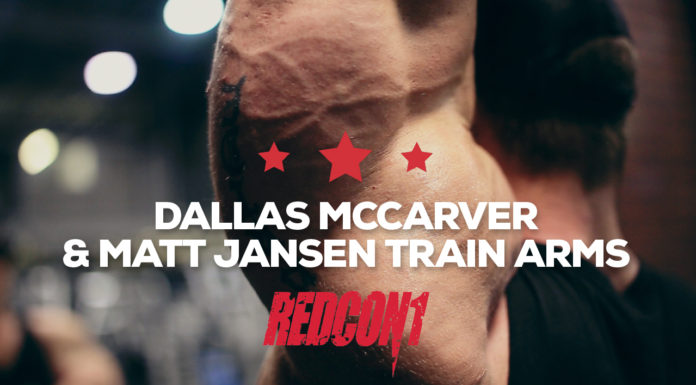 A Man’s Guide to Understanding Sex Drive and Erectile Dysfunction