Ephedrine was the highly effective weight loss supplement that took the world by storm. Derived from the Chinese herb Ephedra, it’s ability to increase rates of burning fat as well as heat expenditure, and metabolism made it incredibly popular as a supplement. However, after several people died from the side effects of excess and prolonged (ab)use of Ephedrine, it has since been banned and is not legal in many regions of the world.

In this article we are not going to talk about Ephedrine, rather Octopamine which is a new and upcoming supplement with similar effects. In other words, it can serve as a fully legal alternative to people who cannot get their hands on Ephedrine anymore.

Octopamine was discovered 1948 by an Italian scientist named Vittorrio Erspamer. He found the compound in the salivary glands of the octopus, which is where it gets its name from.

Octopamine is an endogenous biogenic amine and is closely related to the neurotransmitter norepinephrine. In supplements today, it is derived from the amino acid Tyramine, which can be found in a wide array of foods such as liver and tomatoes.

Octopamine is a metabolite of the compound Synephrine, which bears many similarities with Ephedrine but is not as potent. However, Octopamine in isolated form seems to be a more powerful stimulant than Synephrine and also have similar fat burning effects to Ephedrine.

Octopamine because of its stimulant properties similar to Ephedrine, is also a great nootropic. Many people choose to take it as an aid to maintain focus and energy for a prolonged period of time. Comparable to the likes of Adderall and Ritalin, though not as strong. If this is your primary interest for using this compound, however, Modafinil would probably be a better choice.

The following benefits can be attributed to Octopamine:

Octopamine experts most of its beneficial effects through stimulating the neurotransmitters dopamine and norepinephrine in the body. Similar in ways to how other stimulants work such as Caffeine and Ephedrine.

These neurotransmitters play important roles in our sympathetic nervous system and are called catecholamines. They are usually released by the body as a stress response to help the body adjust and provide energy to deal with the stressor.

It is believed that Octopamine can imitate dopamine and norepinephrine neurotransmitters and activate their receptors. Because of this, it can as such be considered a neurohormone or even a kind of neurotransmitter in its own regard.

Octopamine stimulates adrenergic receptors (it’s a beta 3 adrenergic agonist) which cause fat cells in the body to break down. This releases fat from fat deposits such the belly and mobilizes it to be used as energy, essentially burning it off.

Octopamine is also thought to speed up metabolism in the body, supporting weight loss, improving insulin sensitivity, and reducing appetite. Since it can be considered more of a neurotransmitter than just an stimulant, tolerance is unlikely to develop, and Octopamine can be used for long durations of time without losing any of its effectiveness in burning fat.

Octopamine is best used by athletes who want to burn fat while also preventing muscle loss while dieting. It is thought that Octopamine may prevent the breakdown of protein for energy, rather promoting fat burning for energy.

Keep in mind however that Octopamine has been banned by WADA because of its stimulatory properties so be careful if you’re an athlete. It also has limited research on humans which is why you should not mix it with lots of other stimulants. If you are generally sensitive to stimulants, have high blood pressure, or suffer a heart condition, don’t use Octopamine.

Because of its excellent fat burning capabilities and similarities to Ephedrine as a stimulant, Octopamine is included as one of the core ingredients in our flagship fat burner product Double Tap. If you are struggling to get down to single digit levels of body fat, Double Tap can help you on that last push to burn it off. 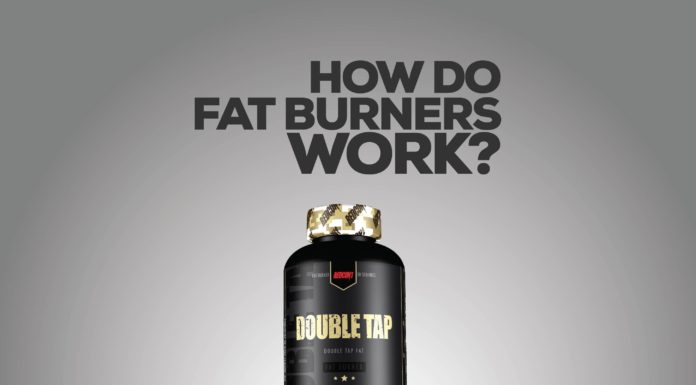 How Do Fat Burners Work?