In my brief history of analyzing successful individuals and vigorously attempting to propel myself to becoming as such, I’ve identified a reoccurring characteristic shared by all.  I have been able to realize the single, most important element that dictates accomplishment and success – Necessity.

One meek word separates all that you’ve ever wanted from all that you’ll ever obtain.  Necessity is what drives the cliché transformation of dreams into realities.  Necessity empowers, envisions, and ultimately achieves.  It is the limitless physiological state, be it innate or developed, that engenders focused visions of relentless pursuit. It’s important, above all, to understand the honest evaluation of necessity.  It needs to be itemized aside from its oft confusing counterpart – want.

Necessity and want seemingly coexist. Logically, we want that which we need. Very few, however need that which they want. Appease me and partake in a practical exercise:

Now that you’ve identified a goal, I want you to flip over the sheet of paper and divide it into three columns labeled, respectively: Today, This week, This month.

Allow for a moment of digression. Think back to every waking moment of today.  Under the first column, identify all the steps you took today towards accomplishing that goal.  Remember, honesty with self is the key to improvement. Do the same for the next two columns.

It’s likely that your columns aren’t as extensively filled as you’d like them to be.  Is this a product of laziness?  Most likely not.  Moreover, it’s a product of wanting a goal and not needing the goal. If you want to accomplish something, it gets placed into a hierarchy of items – somewhere between family, friends, work, school, hobbies, etc.  If you need something then there is no prioritizing. There is only one ultimate need and the rest is branched accordingly.

For all successful people, goals are not merely hopes and dreams, but rather vital supports, equally as important as food, water, and shelter to their existence.  Take bodybuilding as a premier example.  Successful bodybuilders do not want to become successful; they need to.  Going to the gym, eating on a restricted framework, timing meals, preparing food in advance and similar lifestyle baggage of a bodybuilder isn’t a product of want, but rather a product of need.  These individuals need to train a certain way and they need to eat a particular group of foods.

Today marks the first day of the rest of your life.  It’s subjective, but my opinion is that a fulfilled life is one that takes meaning relative to the individual who lives it.  Your dreams will only be improbable self-visions unless you develop the need to be successful.  I want you to keep this in mind throughout the day tomorrow.  Before you go to bed I’d like you to revisit that activity for the new day.  Did you work toward a want or a need?

Someday you will meet your competition face to face.  It may be an unfortunate realization to witness that he needed it.  Did you need it just as bad, or was this mutual goal all but a want, placed behind the busy schedule or your unfulfilling existence? 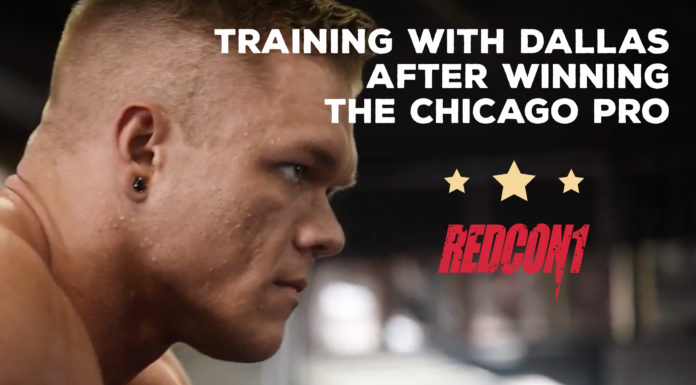