The quest for eternal youth is well…eternal. In our search for the miracle “drug” or supplement, we often forget to go back to the basics; in many cases, our hormones. After all, hormones do play a massive part in overall physiology, and as a man, androgens typically define male prowess.

But let’s not kid ourselves; low testosterone is a rampant blight on today’s society of men, so much that it should come as no surprise that the average androgen levels of this generation are lower than the previous one, and the one before it.

Enter Testosterone replacement therapy (TRT) which for many became a godsend. We know exogenous testosterone (in the form of injectables, patches, etc.) is not as bad as it is made out to be by the media, and explains why many men using TRT have superior health profiles, compared to the lethargic, depressed masses who prefer not to.

But we’re not fighting your choices, that’s an argument for another time- instead, we are going to talk about another often underused, or misused anabolic steroid, which goes by the name Nandrolone.

First off, it needs to be known that we are in no way advocating you use Nandrolone alone. Doing so is not only a bad idea physically, but can also affect male psyche (thanks to the dreaded “deca dick”) since it does not convert to DHT, testosterone’s androgenic metabolite. DHT is what makes a man a man, which should indicate that Nandrolone should only be run along testosterone, while on a full AAS cycle, or with TRT.

Which now brings us back to the “why” part of Nandrolone. Indeed, testosterone is excellent in promoting recovery, enhancing protein synthesis and increasing erythropoiesis (making of red blood cells), but Nandrolone can do all these in addition to more.

Consider these benefits of running Nandrolone along your test:

Nandrolone Administration Helps Preserve Connective Tissue Integrity: if you’ve ever run a testosterone only cycle, you may have likely experienced joint pain at some point. This would have only been made worse if taking anti-estrogens or aromatase inhibitors, which reduce water and the “cushion” around your joints. Testosterone by itself can decrease collagen synthesis by 50-80%, making it less than ideal to run test-only cycles if safety is important to you (and it should be). Nandrolone is different, however, as confirmed in studies that women given a single 50mg injection every three weeks, had indicators of a 50% increase in collagen synthesis, massive to say the least. Yes, the women were premenopausal, but anecdotally it is believed that by exerting a joint to heavy stimulus while on Nandrolone only serves to make the connective tissue in that area even much stronger.
Increases IGF-1 Production: IGF-1 by itself is a massively anabolic hormone, capable of stimulating cell growth and regeneration, and inhibiting cell death. This is extremely desirous for the bodybuilder or athlete and in general anyone looking for a true anti-aging solution. You’ve undoubtedly heard of people clamoring to HGH as the source of eternal youth, right? Well, this is only half of the whole story, since HGH’s anti-aging effects are due in large part to its action on increasing IGF-1 synthesis in the liver. In hypogonadal men, testosterone and Nandrolone both increase IGF-1 levels, but of particular interest is the fact that in normal men, Nandrolone did translate to an increase in IGF-1 levels, thanks to its suppressive effect on IGF- binding proteins. IGF-1 does have a role in the pathogenesis of cancer as well, as its death reducing properties play right into the hands of cells who refuse to die. Tread carefully if you possess risk factors for cancer development, or possess a family history of the same.
Treating Anemia: low androgen levels is associated with increased frequency of anemia, made worse in men with chronic kidney disease. Nandrolone is used in clinical settings as a stimulator for red blood cell synthesis, being able to correct anemia in many cases. Increasing red blood cell count helps nicely with endurance too, explaining why your ability to train longer before fatigue increases while on many AAS.
Wasting Syndrome: though typically associated with AIDS, wasting syndrome can also affect older men when androgen levels drop off significantly. TRT may be employed at this time, but adding in Nandrolone should increase body weight, which according to the HIV-AIDS study stood at about 3.20 kg over the 12 week duration of the study.

Chances are you will not be prescribed Nandrolone by your endocrinologist, or GP for that matter, as issues relating to “off-label” uses is a topic for an entirely different discussion and not treaded by many health professionals. If you have AIDS-related wasting syndrome, you are probably a good candidate for it, but then again if you are already on TRT, the symptoms of wasting may be much more diminished.
Yes, there is evidence from studies, in both humans and sometimes rodents, that Nandrolone can deliver the anti-aging benefits mentioned above, or reverse the complications of low androgen levels, but unless you are explicitly using it for muscular gains/ performance enhancement, we are talking about a low dose here. 50 mg per week could be considered sufficient for the benefits outlined above, but beware of potential estrogenic side effects or sexual dysfunction.
You should be keeping an eye on hormone levels by regular blood tests, as often men either panic and up testosterone dose, or reduce Nandrolone, neither of which always addresses the issue. It could be due to the high conversion of testosterone to estrogen, suppressive of DHT by itself. Regardless, Nandrolone does have its utility and does not appear to be going away anytime soon.

Check out or Somal-Nor product which is actually a DHEA isomer which converts into Nandrolone in the body. This is by far the easiest way to reap the benefits of Nandrolone on the market right now.

Dallas Journey to the Olympia – Day 9 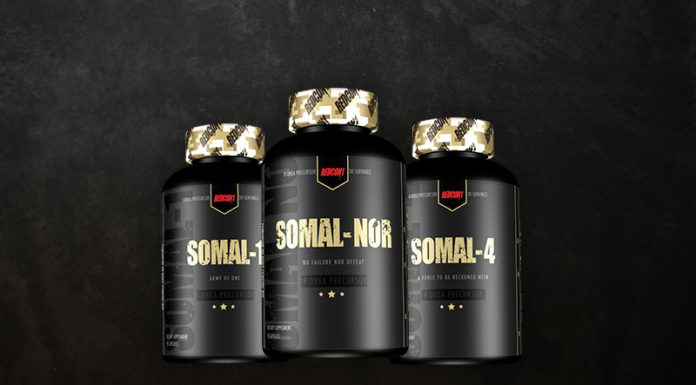 Do You Have Proper Gym Etiquette?