Those of us who spend a lot of time in the gym, know exactly how crucial sleep is for recovery and building mass. If you cannot get proper sleep, you cannot build muscle; it is as simple as that.

Today’s modern lifestyles can often get in the way of you getting a good night’s sleep, and running on fumes, chugging coffee after coffee only adds to the problem. Sleeping pills and other pharmaceuticals are more popular than ever, but are they really good for you? What about for your gains?

We forget that before the invention of modern medicine, we relied on and harnessed the power of nature to solve our ailments. In Asia, the traditional medicinal system Ayurveda spans back many thousands of years of use. If it worked back then, why wouldn’t it work now?

In today’s article, we want to show you one of the most powerful herbal medicines of Ayurveda, and how it can help you not only with your sleep, but also supercharge your hormones and recovery.

What is Mucuna Pruriens?

Mucuna Pruriens is a climbing vine, also know as Kapikachhu, Cowhage or the most popular nickname Velvet Bean. The beans of Mucuna are covered with tiny hairs that can sting you and cause itching on contact.

Mucuna’s beans are similar to coffee in the same way that they are highly psychoactive and contain many substances that affect our brain. The beans have been used medicinally for thousands of years and especially as a sexual tonic, because of its reputation for being able to increase testicle size. I know what you’re thinking guys, but don’t get carried away just yet, there is, even more, coming up!

Mucuna is the best natural food source of the neurotransmitter precursor L-Dopa. L-Dopa is the direct precursor to dopamine in the brain. Mucuna also contains small amounts of other neurotransmitters such as serotonin and tryptophan, making it one of the most potent mood-enhancing and natural antidepressants there is.

The power of L-Dopa has been extensively studied for the treatment of Parkinson disease, which is a disease that progressively degrades your dopamine and it’s receptors. Nowadays, synthetic L-Dopa is widely available on the supplement market; however, its effects are far from as safe and effective as that of Mucuna. This goes to show that nature is indeed perfect in her design and not something we humans easily can replicate.

Why is dopamine important?

Dopamine is the most “popular” catecholamine and is vital for many cognitive processes such as attention, desire, motivation, mood, memory and much more.

When you drink that cup of coffee and experience a burst of energy and wellbeing, it is dopamine that is at play. Caffeine is a stimulant that releases catecholamines in the brain. Dopamine is the catecholamine primarily responsible for the motivation to get stuff done, which is one reason why coffee has become such a popular beverage for productivity. The other catecholamines are norepinephrine and epinephrine, which both have potent effects on cognition as well as being the primary drivers of the fight or flight response.

The fight or flight response is the body’s emergency system that triggers as soon as you are in a dangerous or demanding situation, releasing catecholamine’s to supercharge your nervous system into action.

Catecholamines are great short term, but long-term excess catecholamine’s from stimulants such as coffee can eventually burn out your system. This will gradually cause your natural dopamine production to lower requiring more and more stimulants to keep you going. It’s a catch 22. Other commonly addictive substances such as sugar and nicotine also degrade your dopamine in the same way.

You could easily say that the effects of impaired dopamine production or low dopamine are the complete opposite of all the positive effects dopamine have. Here are some of the most common low dopamine side effects:

Mucuna is the best natural source of L-Dopa which will replenish your dopamine reserves, not release and burn it up like stimulants such as coffee do. This boost in your dopamine reserves makes it extremely useful for symptoms of Parkinson’s disease, but can also make it easier for us healthy people to let go of sugar, nicotine and caffeine addictions.

Another fact that will make most guys interested in Mucuna is that it can help decrease the refractory period after sex. The reason we feel drowsy after sex is because massive amounts of dopamine are released when we orgasm, and it takes the body awhile to replenish it. Because of this, it’s easy to see how dopamine and sex drive has an intricate relationship.

If you’re a man, testosterone is something you always want more of. It is responsible for much of what makes men feel like men and is also the primary driver of libido and sexual performance in both men and women. Not to mention that testosterone will help you shed fat while also building more muscle. It is simply the holy grail of hormones for bodybuilders and high-performance athletes, which is why it has such a history of abuse from anabolic steroids and the like.

Let’s dig into the real scientific studies and facts on Mucuna’s effects on testosterone and reproductive hormones. So far there have been four studies on Mucuna Pruriens in humans, showing the following results:

Dopamine and testosterone go hand in hand. More dopamine stimulates more testosterone release and vice versa. Prolactin is a reproductive and immunoregulating hormone that is needed in small amounts in both men and women. Excess prolactin is a common hormone imbalance in men that will (close to) kill your sex drive and drive up estrogen.

The L-Dopa in Mucuna is one of the best natural treatments for high prolactin since dopamine and prolactin have an opposing relationship. After your orgasm, it is prolactin that drives down your dopamine causing lethargy. Mucuna is effective at bringing back hormonal balance and boosting your natural reserve of neurotransmitters.

Mucuna’s amazing benefits does not stop there. Because it releases dopamine, it can also stimulate the pituitary gland to produce more human growth hormone. In recent times, using synthetic growth hormone injections has become hugely popular as an anti-aging treatment among people who can afford the expensive treatment. During natural ageing, growth hormone tend to decrease more and more the older we get, starting at around the age of 30.

It is the natural decline in growth hormone from ageing; that is responsible for a lowered ability to build and maintain muscle mass as you get older. As well as a decrease in the capacity to burn fat and maintain healthy skin.

Most of our growth hormone is released during deep sleep (the growth part of the sleep cycle), and taking Mucuna especially before bed, can increase growth hormone naturally without the use of expensive HGH injections. By boosting your natural levels of growth hormone you not only benefit from anti-aging effects but also improved cognition and sex drive.

Dopamine is vital in the brain processes involved with falling and staying asleep, as well as the REM sleep stage that is responsible for dreams. Studies in animals have shown that by reducing or blocking dopamine in the brain, it leads to an inability to fall asleep. This is why drinking too much coffee and burning yourself out often leads to feeling wired and tired at the same time.

As mentioned before, deep sleep is the sleep stage that is essential for growth hormone release, building muscle and balancing hormones. Mucuna’s effects on dopamine help you sleep better and feel more relaxed. It also both directly, and indirectly help optimise your hormones while you sleep. This makes it one of the ultimate herbal supplements for optimum recovery after exercise.

When to not take Mucuna Pruriens

Because of Mucuna’s strong effects on the neurotransmitters in the brain, there are some situations where it’s use should be avoided.

Avoid taking products containing Mucuna if you are:

Here at Redcon1 we always stay ahead of the curve when it comes to safe and effective performance enhancing supplements. Fade Out is our designated product for making sure you get a good night’s rest after your workouts and to maximise growth and recovery during sleep.

Fade Out contains a potent dose of Mucuna Pruriens in each serving along with many other effective ingredients such as Melatonin, Theanine, ZMA, Valerian, GABA, and Phenibut.

Melatonin is a natural supplement for insomnia and jet lag which recently has been proven to have anti-aging benefits, boosting growth hormone and prolonging deep sleep.

Theanine is the amino acid derived from green tea that is responsible for much of its relaxing effects, as well as increasing focus and cognition.

ZMA is the classic combination of zinc, magnesium, and vitamin B6 that most people have heard of. It’s one of those essential supplements that should be in every lifters kit for muscle recovery and improved sleep.

Valerian is one of the most popular herbs for treating insomnia and especially insomnia that is stress induced. Hundreds of years of traditional medicine have proved it’s effective use for this purpose.

GABA is the inhibitory neurotransmitter in the brain responsible for slowing down brain waves and brain activity, the opposite of what caffeine would do. GABA helps you fall asleep faster.

Phenibut is a very potent GABA analogue that was developed by Russian scientists as a side effect free, relaxant and stress reducer which does not hamper your performance. The discovery was so successful that it was deemed essential equipment in all Russian cosmonaut’s medical kits. Phenibut has now been on the market for many decades and has a proven track record, making it one of the core ingredients in Fade Out along with Mucuna Pruriens.

Pre-workout supplements are among the most popular training supplements sold today. However, it is important to understand that post-workout is equally important. Being wired and tired does not help anyone, least of all your gains. Don’t let the quality of your sleep get in the way of the results you should see from all that hard work in the gym. By using Fade Out, you can take control of your sleep and recover properly, on your own terms. 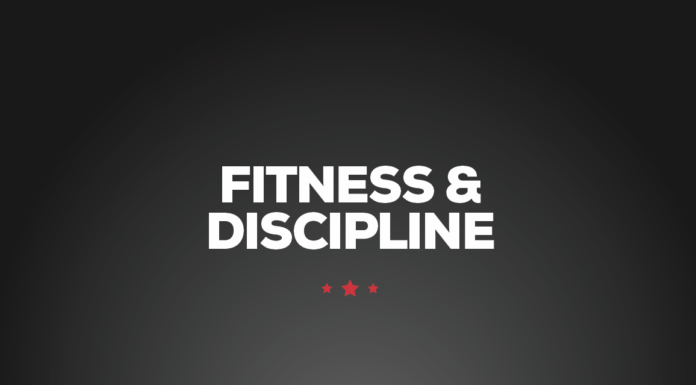 Dallas Journey to the Olympia – Day 20

The Secret to Building Muscle