Its official folks, fewer than 80 days until this year’s Olympia kicks off on September 15th. We’ve seen quite a few excellent pro shows throughout this year’s contest season, with a couple great upsets (Brandon Curry vs. Dallas McCarver in New Zealand for example). At the moment there are 15 athletes qualified for the open class at the Olympia, with the last few much-coveted qualification spots being snatched up fast. There’s been no lack of excitement this past year within the non-competitive side of the bodybuilding world as well. Generation Iron 2 was released along with much debate, high profile gym arrests were carried out in Florida, Lee Priest has again entered the spotlight, and Rich Piana’s much publicized voicemail has caused unimaginable amounts of controversy. With all this going on in our peripheral, let’s focus for a minute and take a closer look at last year’s top four Olympia lineup and what we can reasonably expect from them.

In 2016 we witnessed the return of The Gift in spectacular fashion. Silencing all rumblings about him coming in at less than his best in 2015, Phil Heath’s physique commanded the utmost respect and awe from the moment he set foot on stage last year. At only 37 years old, Phil hasn’t even begun to age or slow down. It’s sometimes said that bodybuilders peak around age 40, with that in mind it’s entirely conceivable that we have yet to see the best package Phil has to offer. Phil has made it clear that he expects to win no fewer than 10 Sandows in his career, and I see no reason to doubt the man. While it’s anyone’s guess how the placings will finally fall, I feel confident putting Phil in first.

Second place last year was taken by none other than Shawn Rhoden. Hailing from Jamaica, the Flexatron has consistently impressed bodybuilding’s fans with the kind of symmetry rarely seen even in top level physiques. 42 years old, Shawn has yet to show signs of aging as well. It’s often been said that if Shawn could improve his back and his legs in particular that he could closely contend with Phil for the number one position. Even back in 2015 we witnessed an authoritative display from Shawn, with some in the audience remarking after pre-judging that Shawn had appeared better than Phil himself. Analysis of the 2015 Olympia scorecard reveals that Shawn’s third place finish (after Phil and Dexter Jackson) was decided by only a single point. Just like last year, Rhoden has taken all of 2017 off from competing in order to focus on bringing the best package he possibly can to the Olympia stage. As a major Rhoden fan myself I’m not counting on him dethroning Phil, but if there ever was a year this would be it.

This brings us to last year’s third place finisher, the timeless Dexter Jackson. In the weeks leading up to the 2016 Olympia Jackson appeared confident and assertive, stating in an interview that “if you got me out of the top three, change your f***ing list.” Jackson’s prediction came true, though admittedly many fans thought the third place position rightfully belonged to Big Ramy. Whatever your belief, there’s no denying that 2008 Mr. Olympia Dexter Jackson is a very real threat in this lineup. Furthermore, Dexter has mentioned in the past that he feels unrecognized as a former Sandow winner, and we can conclude that much of his motivation going into this year’s contest will be to put that lack of credit behind him. Like Rhoden and other Olympians The Blade has not competed this year, which means that the Dexter we see at the Olympia will be fully rested and ready for whatever may come.

Taking fourth place was the most impressive Big Ramy we’ve seen yet. Ramy has competed at the Olympia since 2013, and has improved his placing every single year (8th, 7th, 5th, and 4th). The most noticeable difference between the Ramy of 2016 and every other form of him that we’ve seen was his conditioning, which was markedly improved since 2015. Ramy had competed at 316 lbs. in 2015, and so drastically different was his 2016 look that it earned him the temporary nickname “Medium Ramy.” It’s often said that of the current Olympians, Ramy has the best shot at being the man to eventually take the mantle from Phil. While I hesitate to believe (as some do) that this will be that year, I greatly look forward to seeing Ramy take home a Sandow one day.

Cedric McMillan, Roelly Winklaar, and (hopefully) Brandon Curry can be counted on to duke it out for the last spots within the first callout and the first couple within the second. Though it’s likely that we’ll inevitably see surprises and shakeups in the top 10, we can realistically guess with fair accuracy what placing range most competitors will fall into. If there’s one thing that’s for certain though it’s that this year’s Olympia will feature one of the most stacked and talented lineups we’ve seen in many years, and witnessing how things will ultimately play out will be a fine spectacle indeed. 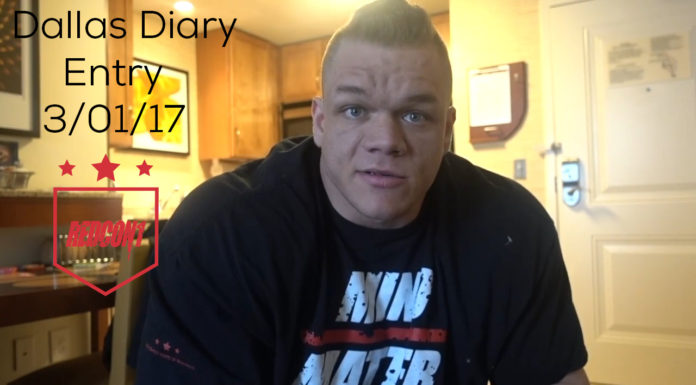