The evident issue with goal setting lies in the near-sightedness of human inclination. Be it through thousands of years of evolutionary and environmental programming or through an innate mind state, we are organisms focused on the present. Dialogue with innumerable colleagues has hinted towards a general connotation of negativity towards this fact. Personally, I always strive to be open minded and assess any issue from a multitude of angles. Whenever I analyze neurological patterning, I full heartedly believe that most people are focused on solely obtaining pleasure (refer to my earlier article The Subjectivity of the Happiness Paradigm), which catalyzes our society into becoming one that is unable to see the “bigger picture” as well as one plagued with an inability to set long-term goals.

Our society is one that is founded on instant gratification. That’s a large contributor to why we, generally, only focus on the present. Even as someone who’s aware of this state, I find myself being unable to break the pattern. It’s something that’s all around us. Cell phones, for example, provide access to people and data within milliseconds. I can’t even begin to tell you how often I use Google on a daily basis. I’m a knowledge junky, as many of us have become.

Bodybuilding is analogous to life. It’s a simple microcosm with innumerable parallelisms to the real world. This is observable when we talk about genetics. Genetically, we all have our predispositions. For me, the true joy of bodybuilding is found in overcoming genetic limitations and playing to your strengths. When thinking of the aforementioned, society would flourish if we were to use this same mentality. Taking our constant obsession with instant gratification and using it to play to our strengths could be the most advantageous route one can travel as an individual. We are programed to be fixated on the present. Let’s maximize that fixation and execute.

Successful people find value in becoming micromanagers. I’ve noticed that I’ve had the most efficiency, in all aspects of life, when I temporarily ignore long-term aspirations in favor of honing in on small details of a particular trade. Take contest prep as an example. When beginning a new dieting phase, the task can seem a bit overwhelming. Looking several weeks or months down the road can make the arduous task of dieting seem almost insurmountable, especially for the inexperienced. Herein lies the importance of being a micromanager and focusing on the immediate task at hand. Every meal is its own beast. I approach each and every Tupperware container as if it’s the only thing that’s separating me from my goals. They are often difficult to eat but approaching all my daily meals individually with this mentality definitely puts me at a favorable advantage. Likewise with my training: each set is its own entity and thus, requires my complete, uninterrupted focus. I obviously try to avoid putting an overemphasis on trivial matters and having a typical “meathead” mentality that requires a primitive ritual prior to each set as though the lifter is preparing for war. A unique balance between understanding how vital small details are while not succumbing to the cliché “paralysis by analysis” is the key. Even still, I’d rather side on being obsessive rather than ignoring what’s truly important: the details. Adjust your attention to the building blocks and watch the fruits of your labor manifest a house of success. 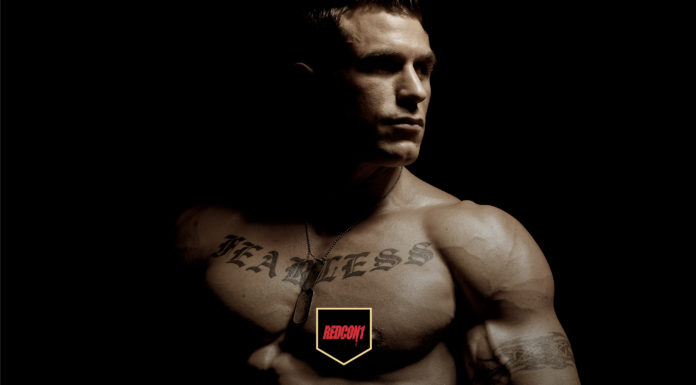