The hormone insulin is massively misunderstood by bodybuilders and general population alike. I would like to talk about some components, concepts, and details of this hormone based on the literature we have available to us at this moment in time, as well as how it applies to us as physique enhancement based athletes. Insulin is a hormone that essentially regulates levels of sugar in your blood. After ingesting a meal, the carbohydrates from that meal is broken down into glucose which enters your blood stream. Your pancreas senses this increase or rising rate of glucose and released insulin which allows your glucose to enter its compartments (muscle cells, fat cells, liver cells, etc.) After your glucose levels begin to come back down, insulin follows in unison. But, insulin is and does much more than simply storage. Everyone tends to only think of insulin as a storage hormone that simply “puts things where they need to go.” This is an action of insulin, but the finer details are what we as bodybuilders should concern ourselves with.

But before moving on, we should first address why insulin is sometimes seen as the enemy. Many will look at things with a “black and white” perspective, when in reality, its many shades of grey. As carbohydrates mainly stimulate insulin release, many within the industry that advocate “only ketogenic diets” think that because you have a high carbohydrate diet then your going to have higher insulin levels which will in turn increase lipogenesis, decrease lipolysis, and this leads to fat accumulation. Then we have people on the opposite side of the coin that “only high carbohydrate diets” work with the mindset that lower carbs will yield low insulin levels and there by decrease lipogenesis, increase lipolysis, and cause fat loss to occur. Although parts of both equations are valid, its not as simple as putting things into a basic equation of “A + B = AB.” A good piece of literature to shed light upon my statement is from Shintani et al that looked at the Hawaii Diet (1.) The purpose of this study was to determine the health effects of a high carbohydrate, low fat multi-cultural traditional diet, The Hawaii Diet, fed ad libitum to an adult population. The study had twenty-two adults recruited from various cultural backgrounds in Hawaii were fed, without calorie or portion size restriction, the Hawaii Diet for 21 days. The Hawaii Diet, based on familiar traditional foods from different cultures, is high in complex carbohydrate (77% of calories), low in fat (12% of calories), and moderate in protein (11% of calories). Participants were encouraged to eat to satiety. There was a significant weight loss on The Hawaii Diet averaging 10.8 lbs (23.8 kg) (P < .0001). Blood pressure was decreased from an average of 136.0/82.7 mm Hg to 125.5/78.9 mm Hg yielding a significant decrease of 10.4 mm Hg for systolic (P < .01). Beginning diastolic levels were normal so decreases in these values were not significant. Average lipid values also decreased with total serum cholesterol being significantly reduced from 205.3 to 156.9 mg/dl (P < .0001); LDL from 125.9 to 94.9 mg/dl (P < .001); and HDL from 38.3 to 31.3 mg/dl (P < .0005). Triglycerides (238.7 to 152.2 mg/dl) and the Chol:HDL ratio (5.8 to 5.2) improved at marginally significant levels (P < .08). There was also a significant reduction in blood glucose levels from 112.2 to 91.5 mg/dL (P < .01). They concluded that the Hawaii Diet consisting of high carbohydrate, low fat ethnic meals appears to have a beneficial influence on weight loss and in decreasing systolic blood pressure, total cholesterol, LDL, and blood glucose values. Marginal improvement occurred for triglyceride levels. There was also a significant drop in HDL levels, however, the Chol:HDL was ratio did not increase. Further studies of longer duration with a control group should be conducted to test the effectiveness of The Hawaii Diet in maintaining these health benefits over a longer period of time. The main take home message being, REMEMBER BASIC THERMODYNAMICS. If you are expending more calories than you are consuming (meaning that you’re in a caloric deficit), weight loss WILL occur.

Dallas Journey to the Olympia – Day 2 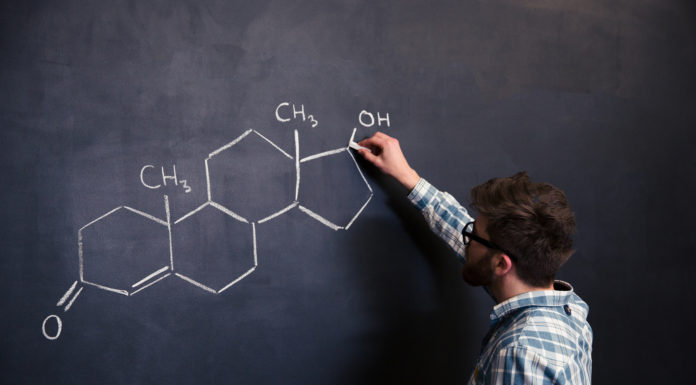 Beta Alanine and Its Use in Bodybuilding