Be Silent, Be Still… Liposomal Technology Has Arrived

“Milk is for babies, when you grow older, you have to drink Beer” – Arnold Schwarzenegger, Circa 1975

A classic line from a classic movie that we all adore. In a way, and as crazy as it sounds, The Oak was right! Besides for just busting a reporter’s balls, Mr. Olympia was talking about a general idea that was beyond him at that moment. Evolution.

Here is a scientific word for you backed by tens of thousands of hours of research and application in the real world and used in current modern medicines today: Liposome. Sure, it sounds like a secret alien crystal that yields the power of Class 100 Super-Strength accompanied by an indestructible Muffin Top, but let me assure you, it is something entirely different. For a moment, let’s travel back to 8th grade study of the human cell. One of the first thing that we learn about “the cell” is that it is round in shape and has a “cell wall” around each little orb-like structure. Here is another scientific word for you: Phospholipid Bilayer. It’s a big one, so bear with me. This magical bi-layer is comprised of two specific layers; a hydrophilic part (water loving) and a hydrophobic fatty part (water fearing). In short, how this structure is comprised is that the “water loving” heads of the phospholipid bi-layer are on the outsides of the structure and the “water fearing” obese tails are on the inside of the structure. Here is the connection that you so desperately need at this moment; a Liposome is a spherical vesicle (kinda like those “cells” we studied in 8th grade) that is comprised of a phospholipid bilayer and has “stuff” inside it. So you see, this ball acts to protect the inside ingredients from being destroyed by water or highly acidic environments!

Scratching your heads yet? Don’t do that, you’ll lose your hair and NO amount of Liposomes can help you then. So why are these liposomes important in modern medicine?? Because, quite frankly, your stomach is an asshole. Not literally, but metaphorically, your stomach seeks to destroy stuff and contains one of the world’s most recognized corrosive acids, known as Hydrochloric Acid. There are many ill patients out there that need specific medication which needs to be taken orally. The problem is, that the medication needs to be able to survive the entry point into the world of human “Innerspace” (shout out to Dennis Quaid and Martin Short), that entry point being the stomach! Enter Liposomal Technology… You take a delicate dainty medicine and wrap that little sucker in a network of liposome vesicles, and just like that, you’ve protected that whiney little bitch of a medicine from the dangerous hydrochloric acid and harsh environment of the stomach! Once that initial pass is complete, the Liposome-wrapped-RX finds its way into the small intestine where that fatty layer of the Liposome is completely digested away, and voila, the skinny defenseless turd of a medicine is released and absorbed, HANDIDLY, by the small intestine and into the blood stream and carried off to where ever it needs to go. Pretty brilliant stuff, eh? 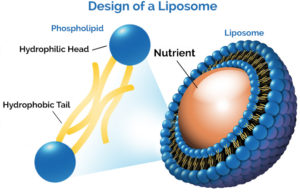 Why is that so important for current supplementation? Let me enlighten you. Since our wonderful federal government decided that they would take away ALL of our beloved and highly effective Pro-Hormones, we were left with the useless ones only. Kind of like being the last few kids to be picked for a Dodgeball team. But why were they useless?? After all, they were still “Pro-Hormones” and the name alone should make you grow muscle, right? Not the case. The big problem with the left-overs, being 1-DHEA, 4-DHEA, and 19-NorDHEA, was that you needed to ingest SO MUCH of each structure per dose because the stomach would literally destroy 95% of it! That’s a terrible investment of your dollar and terrible for your gainz!! This explains why the early anecdotal trials of these super supplements went to shit… literally and figuratively. Until now. So the tale goes, Jared Wheat, of Hi-Tech Pharmaceuticals, came to the aid of these beaten down, bruised, and bleeding pro-hormones, dressed in a sparkling adamantium/vibranium alloy armor and mounted upon a steed that was half Stallion and half mega-hung Myostatin Negative Bull. He gathered up all the fallen 1-DHEA, 4-DHEA, and 19-NorDHEA, spoke in Warlock tongue, and casted an incantation which engulfed and wreathed each pro-hormone bound in Liposomal Technology. Thus making them more powerful than ever and able to fully withstand the wretched torment of the human stomach and fully maximize their anabolic properties in human Innerspace (shout out to Dennis Quaid and Martin Short)…. Now, that’s just how the story goes and that’s pretty much how I like to believe it all happened. I wasn’t there so I couldn’t say whether that is all fact or fiction. I guess nobody will truly know?

But in the end, supplement companies can rest easy again. The good old days are NOT behind us. Thanks to Liposomal Technology, the aforementioned pro-hormones that those dirty, disgusting, overzealous, Federal Government pricks took away from us, won’t be in vain. In fact, these current crop of pro-hormones are now better than ever, all due to Liposomal Technology. Brought to us by Jared Wheat. On his Stallion-Myostatin-Bull. With an enormous penis. How’s that for science backed supplementation? 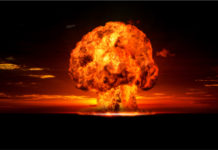