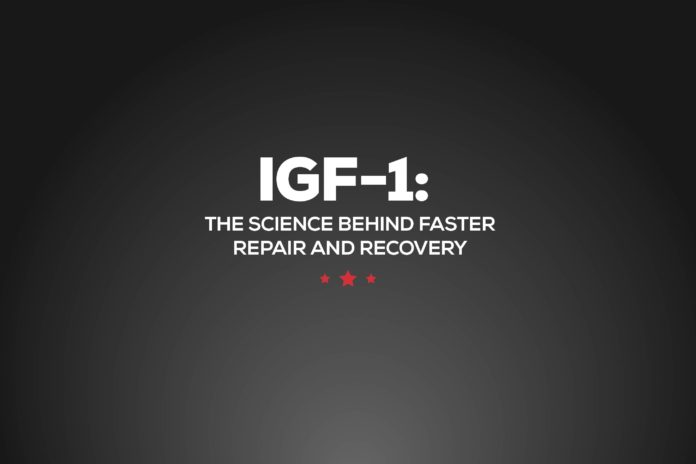 If you take your workouts seriously, the last thing you want is to get injured. Injuries are not only painful, but they can also set you back months in your progress towards your ideal physique.

To avoid injury, proper workout technique is essential. What is equally important is to learn how to take care of your body at times of high stress to prevent damage from happening in the first place. Make sure you give yourself adequate time for recovery, avoid overtraining at all cost. Still, even when taking all the precautions, sooner or later everybody suffers an exercise related injury of some sort.

An injury can be split up into the following phases of progression:

This is the initial phase following the injury and lasts about five days for soft tissue damage and up to 3 weeks for bone fractures. The Inflammatory phase facilitates blood flow to the target area as well as the transfer of proteins and fluids, removing dead tissue.

This phase starts to rebuild damaged tissues for the sake of creating temporary structural protection while the original tissues are being rebuilt (which will take longer). You can see it as the body reconstructing the very foundations of the muscles and bones. This lasts for about three weeks for soft tissue damage and about 12 weeks for bone fractures.

This is the final phase of recovery, and during this time the body is regenerating the damaged tissues to the state where they were before the initial damage was done. This phase can take up to a whole year for serious injuries.

While the basic approach to treat injuries is often ice, Tylenol and lots of rest, there is more that can be done to aid your recovery. Let’s talk about one of the key hormones responsible for repair and growth.

Growth hormone is the primary hormone in the body responsible for the growth of the cells, tissues and bones. Without growth hormone, you would end up as a dwarf, such as in Laron Syndrome, which is a genetic defect were people lack a functioning receptor for growth hormone resulting in a dwarf-like body.

Using artificial HGH (human growth hormone) injections has in recent times become very popular among anti-ageing clinics and bodybuilders. Growth hormone not only aids the regrowth of damaged muscle tissue, but it can also make skin and hair regenerate faster as well as improve cognition. HGH has become the holy grail of anti-aging treatments and is now used by many of Hollywood’s elite such as Sylvester Stallone. HGH is extremely difficult to produce and because of that a very expensive treatment that few can afford.

Growth hormone is metabolised by the liver into IGF-1 (insulin growth factor 1). It is IGF-1 that is responsible for the actual growth effect in the body. It promotes healthy bone density and studies have shown that it’s also a potent anti-inflammatory. In fact, people with chronic inflammation often test the lowest levels of IGF-1, clearly adding to the argument that it not only heals but also combats inflammation.

What many people don’t know, however, is that there are many natural ways you can increase your growth hormone to facilitate repair.

All professional powerlifters and strength athletes know the importance of protein in their diet. Consuming more protein-rich animal foods is the easiest way of boosting IGF-1 levels. Because of the heavy stress powerlifters put on their muscles, they require among the highest protein intakes among all athletes, to facilitate repair and prevent muscle breakdown.

High-quality red meat is the best choice since it contains plenty of healthy saturated fats. A diet low in protein has ben shown to be associated with major reductions in IGF-1, which is why it is so important to also consider your diet when healing from an injury.

Meat (especially beef) contains large amounts of the mineral Zinc which has also shown to have positive correlations with growth hormone levels. Zinc is a mineral which is crucial for healthy testosterone levels and for best effect, can be taken as a supplement.

Another interesting supplement to mention when it comes to recovery is Deer Antler. Even though it might sound crazy here in the west, the powdered antlers from deer have been used in Traditional Chinese Medicine for thousands of years. Not only are they believed to help in healing, but they are also said to be able to rebuild the vital life force of a person. Not enough scientific studies have been done on deer antler to show if it’s effective or not, and there are lots of scepticism out there for a good reason. However, it does contain growth factors which have been shown to accelerate wound healing in animal studies. This might merit its reputation from Chinese Medicine as a healing substance.

It is clear that some of the fastest absorbed protein sources are popular protein powders such as Whey. Whey is the liquid by-product that’s left over after making cheese, and it’s  rich in protein and the muscle building amino acid Leucine. Before it makes it’s way into the shelves of gyms and stores; it is further refined into a powder. Whey protein powder is probably the most used fitness supplement of all time.

Supplementing with whey after resistance training has been shown to promote lean body mass as well as increase endurance and strength.

When the body experiences an increased protein demand after a heavy workout session, consuming a whey protein shake is among the best ways to facilitate repair and recovery. Whey protein has been shown to be potent at increasing levels of IGF-1, which further back why it is so useful as a post workout supplement.

Here at Redcon1 we offer our premium quality Isotope Whey protein which comes in the form of a mix of different grades of Whey Isolate. Whey Isolate goes through mores stages of refinement to deliver a product higher in quality protein and containing less lactose that could potentially upset your stomach.

Diet modification can be an effective facilitator for improving muscle repair. If you suffer an injury, make sure you chose the highest quality sources of protein to fuel an optimal recovery.

If you are further interested in supplements that can increase your levels of growth hormone, make sure you check out our other article covering the remarkable bodybuilding herb Mucuna Pruriens. 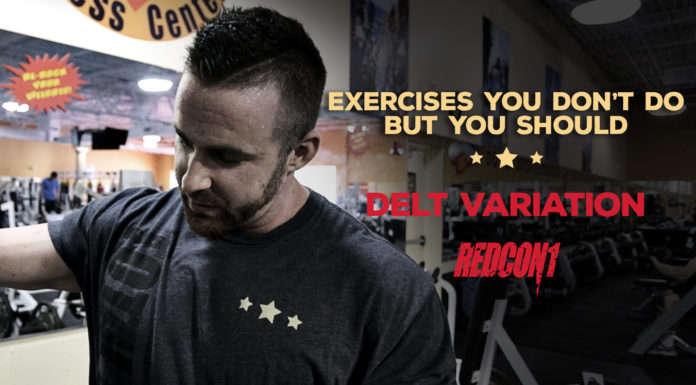