The competition season has begun and following along with some of my previous articles as of late, I’d like to shed light on some common ingredients found within fat burning supplements. Higenamine, the ingredient we will be discussing today, is one that is very common within fat burners but is misunderstood by many. Being that it shares a very similar mechanism of action as ephedrine, you’ll realize exactly why its in products that promote lipoylsis, and as always we’ll see what the current research says on the subject.

Higenamine (also known as Norcoclaurine, 1-[(4- hydroxyphenyl)methyl]-1, 2, 3, 4-tetrahydroisoquinoline-6, 7-diol), is found within ethanol extracts of plants. A very well known mechanism of higenamine is its ability to increase acetylcholine release from motor neurons with the action being mediated via the beta 2 adrenergic agonism. As you can guess, higenamine has similar mechanisms as other beta adrenergic agonists (1, 2.) One of those being its ability to increase heart rate, which is evident by work from Kimura et al on the positive chronotropic and inotropic effects of higenamine and its enhancing action on the aconitine-induced tachyarrhythmia in isolated murine atria. Kimura investigated the cardiac effects of these compounds on murine right and left atria and the interaction of higenamine with aconitine on the rate of spontaneously beating right atria. Higenamine increased the rate and the force of contraction, the maximal responses being comparable with those of isoproterenol. The positive chronotropic effect of higenamine was antagonized by propranolol and practolol, but not by butoxamine, indicating that it was a beta 1-adrenoceptor- mediated action. The positive chronotropic effect of higenamine was not changed by pretreatment with reserpine. Aconitine induced tachyarrhythmia in right atria was attenuated by quinidine , atropine and AF-DX 116, suggesting that aconitine activates sodium channels and muscarinic receptors. Higenamine and dobutamine did not cause chronotropic effects by themselves, but enhanced the aconitine-induced tachyarrhythmia. These results indicate that higenamine is a beta 1-adrenoceptor full agonist in murine atria and that the aconitine-induced tachyarrhythmia is augmented by the beta 1-adrenergic action of higenamine (3.)

A very similar mechanism of action can be seen in regards to its ability to actually increase lipolysis. This, obviously is the main reason why many chose to supplement with higenamine in the first place and it has enough literature to back up its fat loss claims. As previously stated, since its mechanism of action is very similar to other beta adrenergic agonists (ephedrine being one of them), it will effect a vast array of tissues during its process of action. One tremendous study from Lee and colleagues observed the acute oral intake of a higenamine-based dietary supplement increases circulating free fatty acids and energy expenditure in human subjects. This is one of my more favored studies in regards to higenamine as it is slightly easier to draw conclusions when an ingredient is tested in a similar setting that we would apply it in. The researchers had sixteen healthy subjects ingested a dietary supplement containing a combination of higenamine, caffeine (270 mg), and yohimbe bark extract or a placebo, on two separate occasions in a double-blind, randomized, cross-over design, separated by 6–8 days. Blood samples were collected immediately before ingestion, and at 30, 60, 120, and 180 minutes post ingestion, and analyzed for plasma free fatty acids (FFA) and glycerol. Breath samples were collected at the same times for a measure of kilocalorie expenditure and respiratory exchange ratio (RER) using indirect calorimetry. Heart rate and blood pressure were recorded at all times. Data collection occurred in the morning following a 10 hour overnight fast. A condition effect was noted for both FFA and kilocalorie expenditure, with values higher for supplement compared to placebo at 60, 120, and 180 minutes post ingestion. No statistically significant effects were noted for glycerol or RER. A condition effect was noted for heart rate and systolic blood pressure, with values higher for supplement compared to placebo.They concluded that the ingestion of a higenamine-based dietary supplement stimulates lipolysis and energy expenditure, as evidenced by a significant increase in circulating FFA and kilocalorie expenditure. The same supplement results in a moderate increase in heart rate and systolic blood pressure, which is consistent with previous studies evaluating moderate doses of caffeine and yohimbine, suggesting that higenamine contributes little to the increase in these hemodynamic variables (4.)

As the study above only shows an increase in heart rate of 3 BPM, we must take into consideration the supplement as a whole. If you are in a deficit with a properly periodized training and nutritional program (with additional cardiovascular work as needed), adding in little goodies like higenamine, like yohimbine, like caffeine, and like all of these other fat loss aimed supplements, you are going to be making the process more efficient. In the competition world, that 5% difference can be the difference between 1st and 5th place if you’re in a tough line up and these many small changes add up over the course of a deficit. 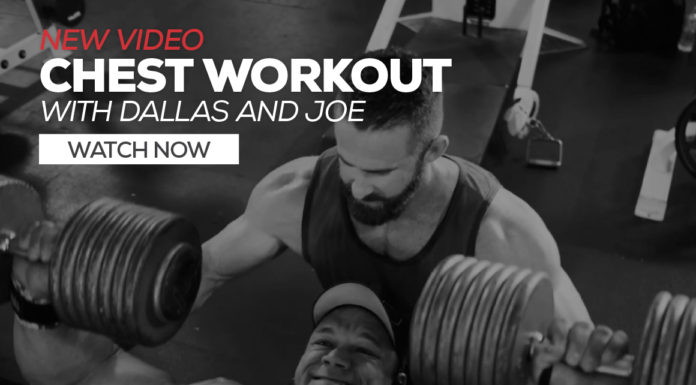 Are You A Fitness Expert?