Like with most fruits, the peel is something we often discard in favor of the tasty part of the fruit. We all know fruits and vegetables contain many beneficial compounds for us to consume, but does the plants take into consideration which part of them we eat and benefit from?

In fact, the most beneficial compounds are often found in the parts which we humans don’t eat. A good example of this is the blood flow increasing amino acid L-Citrulline (which can bring on a mean pump), but is commonly found in the rind of water melons, so not something we often benefit from in our diets.

Another good example which this article is about is Hesperidin, a bioflavonoid most commonly found in citrus fruits such as oranges and tangerines. Hesperidin is a very potent antioxidant and is great for increasing blood flow in a similar fashion to L-Citrulline, however, it does it by it’s antioxidant powers rather than converting to nitric oxide precursors such as L-Arginine, like L-Citrulline does. Since it is such a great antioxidant it also offers the body lots of protection, especially cardioprotective and protects the brain from stressors, both physical, chemical as well as emotional (stress).

How to consume Hesperidin

However, we’re sorry to report that no, your morning glass of OJ does not contain any Hesperidin awesomeness, the compound is only found in the rind of citrus fruits. You can supplement with Hesperidin naturally by drying and consuming tangerine peels. When dry, their peel usually consists of 5-10% Hesperidin, and a supplemental dose would be around 5-10g dry peel.

Just make sure you get organic tangerines and wash them before drying. Many tangerines (non organic) are sprayed with lots of pesticides which can be very damaging to consume daily. This is why Hesperidin is more often consumed through supplements such as in our flagship nootropic formula Mental Trigger.

Nootropics are smart drugs and cognitive enhancers that are especially formulated to improve mental performance such as memory, focus, creativity and reduce emotional stress. Since Hesperidin is one of the most potent antioxidants on the market today it synergizes perfectly with all the other potent ingredients in Mental Trigger, and makes it one of the best cognitive enhancers on the market today. Let’s take a look at what really makes Hesperidin deserve a premiere spot in our nootropic supplement line.

Adiponectin is a protein hormone in the body that controls fat metabolism and glucose control. Better glucose control generally translates to less body fat storage, and Hesperidin has indeed been shown to decrease abdominal fat, body weight, total BMI as well as increase metabolic rate. All in all, for being an antioxidant, Hisperidin shows some very interesting fat burning effects without being a stimulant.

For athletes in general, but even more so for people who do a lot of resistance training and heavy lifting, bone health is crucial. With age, your bones can become weaker and brittle since many people suffer bone loss as an effect of the aging process. Hesperidin has been shown in studies to increase bone cell formation and improve bone metabolism. The improvements in bone health seems to stem from its mild estrogenic effects, since estrogen is the hormone primary responsible for maintaining bone strength.

Both physical as well as mental stress increase oxidative damage in the body. Anything that has an antioxidant effect can make the body stronger against this oxidative damage and hence reduce stress. Because Hesperidin is such an potent antioxidant, it can help reduce stress and protect your body from oxidative damage. It also seems to have mild sedative properties that can enhance sleep by activating opioid receptors in the brain.

The most potent effect of supplementing with Hesperidin however is an increase in blood flow. This happens because Hesperidin promotes a widening of the blood vessels which allows for more blood to flow through. In athletes this can be very beneficial for achieving greater muscle endurance and pump. In fact, the blood flow increase is so great (24% increase), that it puts Hesperidin right up there at the top among other great vasodilators such as L-Citrulline, Agmatine and Cacao extract.

If you have problems staying focused at work or in the gym, we highly recommend you try Mental Trigger today. Remember, mental power also translates into the results you see physically, as the mind is the source of all action, and action is what builds epic physiques. Start growing a limitless mindset today to fuel that growth! 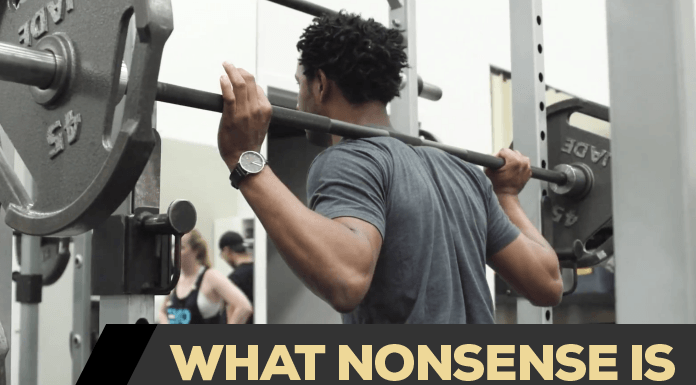 What nonsense is in your gym bag? With Lawrence Chappe