A more direct study from Xu et al looked at how TB500 accelerates overall rates of wound healing. A prokaryotic vector harboring two complete Tβ4 genes with a short linker was constructed and expressed in Escherichia coli. A pilot-scale fermentation (10 L) was performed to produce engineered bacteria and the Tβ4 dimer was purified by one-step hydrophobic interaction chromatography. The activities of the Tβ4 dimer to promote endothelial cell proliferation, migration, and sprouting were assessed by tetramethylbenzidine (methylthiazol tetrazolium), trans-well, scratch, and tube formation assays. The ability to accelerate dermal healing was assessed on rats. After fermentation, the Tβ4 dimer accounted for about 30% of all the bacteria proteins. The purity of the Tβ4 dimer reached 98% after hydrophobic interaction chromatography purification. An average of 562.4 mg/L Tβ4 dimer was acquired using a 10 L fermenter. In each assay, the dimeric Tβ4 exhibited enhanced activities compared with native Tβ4. Notably, the ability of the dimeric Tβ4 to promote cell migration was almost two times higher than that of Tβ4. The rate of dermal healing in the dimeric Tβ4-treated rats was approximately 1 day faster than with native Tβ4-treated rats. The dimeric Tβ4 exhibited enhanced activity on wound healing than native Tβ4, and the purification process was simple and cost-effective. This data could be of significant benefit for the high pain and morbidity associated with chronic wounds disease. A better strategy to develop Tβ4 as a treatment for other diseases caused by injuries such as heart attack, neurotrophic keratitis, and multiple sclerosis was also described (9.) Even further studies show its ability to further increase strength, endurance, and reduce inflammation. Sosne et al states within their abstract “Thymosin beta 4 (Tβ4) is a low molecular weight protein present in all cells except erythrocytes. Although Tβ4 is the major monomeric actin-sequestering peptide in cells and can depolymerize F-actin, evidence is mounting to support the idea that it has multiple, seemingly diverse, cellular functions. In cornea, as in other tissues, Tβ4 promotes cell migration and wound healing, has anti-inflammatory properties, and suppresses apoptosis. In this review we discuss the current state of knowledge regarding the effects of Tβ4 in maintaining the healthy, functional cornea. The clinical implications of the use of Tβ4 as a wound healing and anti-inflammatory agent are discussed.” Read more about TB500’s role in inflammation and other beneficial properties below in the reference section (10.)

In conclusion, these two peptides have a tremendous ability to help up-regulate healing rates (however their long term effectiveness and side effects have yet to be determined.) In terms of practical application, many literature and anecdotal evidence reports show that dosing BPC-157 at 1-10mcgs per kg of body weight daily and TB500 at 2mgs twice per week to be a very effective starting point. Your optimal dosage will completely be dependent on how well or how poorly you metabolize these compounds so some trial and error will be required. BPC-157 is systemic where as TB500 should be applied as close to the injured area as possible. Now go out, read more literature on these two amazing peptides, and make an informed decision for yourself as to whether or not this is something that can benefit your athletic and recovery endeavors. 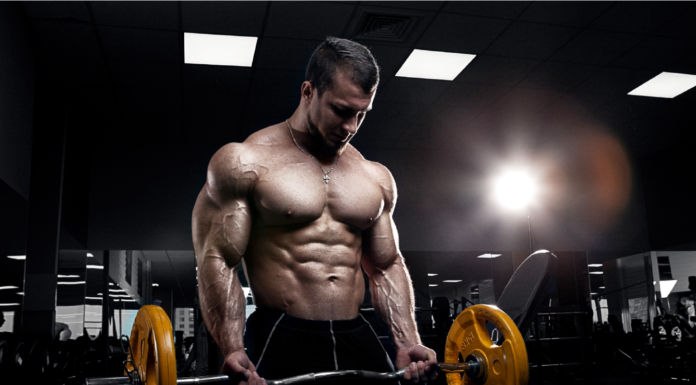 Should You Do Barbell Curls? Exercise Variation Hacks With Joe Bennett