BPC 157 has been given even more attention for its other benefits. Sikiric et al looked at the counteraction by stable gastric pentadecapeptide BPC 157 with NSAIDs (3.) They stated “recently, we claim that BPC 157 may be used as an antidote against NSAIDs. We focused on BPC 157 beneficial effects on stomach, duodenum, intestine, liver and brain injuries, adjuvant arthritis, pain, hyper/hypothermia, obstructive thrombus formation and thrombolysis, blood vessel function, counteraction of prolonged bleeding and thrombocytopenia after application of various anticoagulants and antiplatelet agents and wound healing improvement. The arguments for BPC 157 antidote activity (i.e., the role of BPC 157 in cytoprotection, being a novel mediator of Robert’s cytoprotection and BPC 157 beneficial effects on NSAIDs mediated lesions in the gastrointestinal tract, liver and brain and finally, counteraction of aspirin-induced prolonged bleeding and thrombocytopenia) obviously have a counteracting effect on several established side-effects of NSAIDs use. The mentioned variety of the beneficial effects portrayed by BPC 157 may well be a foundation for establishing BPC 157 as a NSAIDs antidote since no other single agent has portrayed a similar array of effects. Unlike NSAIDs, a very high safety (no reported toxicity (LD1 could be not achieved)) profile is reported for BPC 157. Also, unlike the different dosage levels of aspirin, as a NSAIDs prototype, which differ by a factor of about ten, all these beneficial and counteracting effects of BPC 157 were obtained using the equipotent dosage (μg, ng/kg) in parenteral or peroral regimens.” BPC 157 is also linked to reversing systemic corticosertoid impaired muscle healing, accelerating bone healing, and repairing inflammatories diseases (4, 5, 6, 7.)

With the proven efficacy of BPC-157, we can now move into TB500. TB500 is the synthetic form of Thymosin Beta-4 that is specifically designed to help deal with injuries in athletes (Thymosin Beta-4 is a naturally occurring peptide present in our cells that plays a pivotal role in building new blood vessels, new small muscle tissue fibers, cell migration and blood cell reproduction.) Its main ability to up-regulate actin (and other cell building proteins) is what allows it to promote cell migration and proliferation as well as increases the circulation to injuries areas (thereby accelerating healing rates.) In fact, Wei et al looked into how thymosin Beta 4 protects mice from monocrotaline-induced pulmonary hypertension and right ventricular hypertrophy. Pulmonary hypertension (PH) is a progressive vascular disease of pulmonary arteries that impedes ejection of blood by the right ventricle. As a result there is an increase in pulmonary vascular resistance and pulmonary arterial pressure causing right ventricular hypertrophy (RVH) and RV failure. The pathology of PAH involves vascular cell remodeling including pulmonary arterial endothelial cell (PAEC) dysfunction and pulmonary arterial smooth muscle cell (PASMC) proliferation. Current therapies are limited to reverse the vascular remodeling. Investigating a key molecule is required for development of new therapeutic intervention. Thymosin beta-4 (Tβ4) is a ubiquitous G-actin sequestering protein with diverse biological function and promotes wound healing and modulates inflammatory responses. However, it remains unknown whether Tβ4 has any protective role in PH. The purpose of this study is to evaluate the whether Tβ4 can be used as a vascular-protective agent. In monocrotaline (MCT)-induced PH mouse model, we showed that mice treated with Tβ4 significantly attenuated the systolic pressure and RVH, compared to the MCT treated mice. Our data revealed for the first time that Tβ4 selectively targets Notch3-Col 3A-CTGF gene axis in preventing MCT-induced PH and RVH. Their study may provide pre-clinical evidence for Tβ4 and may consider as vasculo-protective agent for the treatment of PH induced RVH (8.) 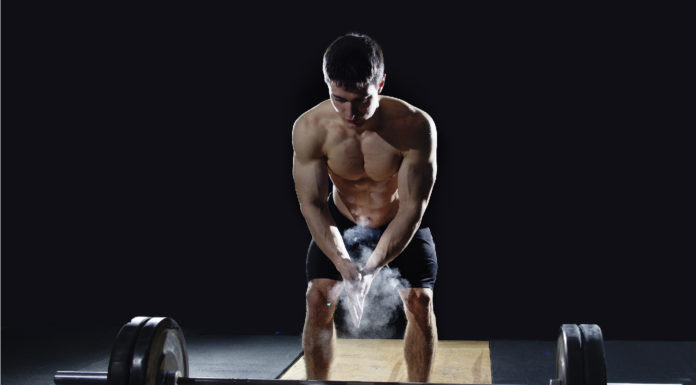 The King of all Exercises