Taking a step in the direction you probably care most about is looking directly at cinnamon and its ability to reduce blood glucose. Kirkham et al has some literature looking directly at this as cinnamon has a long history as an antidiabetic spice. The aim of this review was to examine the results of randomized controlled clinical trials of cinnamon and evaluate the therapeutic potential amongst patients with diabetes and insulin-resistant patients, particularly the ability to reduce blood glucose levels and inhibit protein glycation. A systematic electronic literature search using the medical subject headings ‘cinnamon’ and ‘blood glucose’ was carried out to include randomized, placebo-controlled in vivo clinical trials using Cinnamomum verum or Cinnamomum cassia conducted between January 2003 and July 2008. Five type 2 diabetic and three non-diabetic studies (total N = 311) were eligible. Two of the diabetic studies illustrated significant fasting blood glucose (FBG) reductions of 18-29% and 10.3% (p < 0.05), supported by one non-diabetic trial reporting an 8.4% FBG reduction (p < 0.01) vs. placebo, and another illustrating significant reductions in glucose response using oral glucose tolerance tests (p < 0.05). Three diabetic studies reported no significant results. Whilst definitive conclusions cannot be drawn regarding the use of cinnamon as an antidiabetic therapy, it does possess antihyperglycaemic properties and potential to reduce postprandial blood glucose levels. Further research is required to confirm a possible correlation between baseline FBG and blood glucose reduction and to assess the potential to reduce pathogenic diabetic complications with cinnamon supplementation (5.) Khan et al looked directly at cinnamon improving glucose as well as lipid profiles (in type 2 diabetics again, which is a common trend you’ll see with many GDA studies as that is the population that needs this research conducted the most.) Within Khan’s study, the objective was to determine whether cinnamon improves blood glucose, triglyceride, total cholesterol, HDL cholesterol, and LDL cholesterol levels in people with type 2 diabetes. A total of 60 people with type 2 diabetes, 30 men and 30 women aged 52.2 +/- 6.32 years, were divided randomly into six groups. Groups 1, 2, and 3 consumed 1, 3, or 6 g of cinnamon daily, respectively, and groups 4, 5, and 6 were given placebo capsules corresponding to the number of capsules consumed for the three levels of cinnamon. The cinnamon was consumed for 40 days followed by a 20-day washout period. After 40 days, all three levels of cinnamon reduced the mean fasting serum glucose (18-29%), triglyceride (23-30%), LDL cholesterol (7-27%), and total cholesterol (12-26%) levels; no significant changes were noted in the placebo groups. Changes in HDL cholesterol were not significant. The results of this study demonstrate that intake of 1, 3, or 6 g of cinnamon per day reduces serum glucose, triglyceride, LDL cholesterol, and total cholesterol in people with type 2 diabetes and suggest that the inclusion of cinnamon in the diet of people with type 2 diabetes will reduce risk factors associated with diabetes and cardiovascular diseases (6.)

So not only are we seeing cinnamon act as a potent anti-diabetic, but now we see it aiding in lipids as well. Mang et al stated that “according to previous studies, cinnamon may have a positive effect on the glycaemic control and the lipid profile in patients with diabetes mellitus type 2. The aim of this trial was to determine whether an aqueous cinnamon purified extract improves glycated haemoglobin A1c (HbA1c), fasting plasma glucose, total cholesterol, low-density lipoprotein (LDL), high-density lipoprotein (HDL) and triacylglycerol concentrations in patients with type 2 diabetes. In this study, a total of 79 patients with diagnosed diabetes mellitus type 2 not on insulin therapy but treated with oral antidiabetics or diet were randomly assigned to take either a cinnamon extract or a placebo capsule three times a day for 4 months in a double-blind study. The amount of aqueous cinnamon extract corresponded to 3 g of cinnamon powder per day. The mean absolute and percentage differences between the pre- and post-intervention fasting plasma glucose level of the cinnamon and placebo groups were significantly different. There was a significantly higher reduction in the cinnamon group (10.3%) than in the placebo group (3.4%). No significant intragroup or intergroup differences were observed regarding HbA1c, lipid profiles or differences between the pre- and postintervention levels of these variables. The decrease in plasma glucose correlated significantly with the baseline concentrations, indicating that subjects with a higher initial plasma glucose level may benefit more from cinnamon intake. No adverse effects were observed. The cinnamon extract seems to have a moderate effect in reducing fasting plasma glucose concentrations in diabetic patients with poor glycaemic control (7.) Even more so, a lot of the literature coming out suggests that cinnamon has anti-inflammatory, antimicrobial, antioxidant, antitumor, cardiovascular, cholesterol-lowering, and immunomodulatory effects (8, 9, 10.)

In closing, its a no brainer to see that cinnamon is a potent glucose disposal agent as well as a promising health based supplement that covers a host of potential benefits. In terms of actual application I advise everyone to purchase a cheap glucometer and measure their fasted and fed glucose levels, record those numbers, then implement cinammon with the same meals at a dosage of 1-6g (beginning with two to three meals per day.) At that point you can gauge how well or how poorly you metabolize cinnamon and will know if you need to increase, decrease, or possibly not even implement cinnamon but instead, utilize a different glucose disposal agents as our biological inter-individuality will cause drastic differences in our metabolic responses. 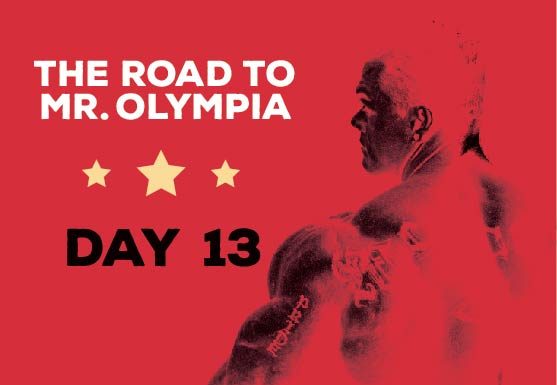 Dallas Journey to the Olympia – Day 13