As we are looking at some of the inhibitory aspects of cinammon, Adisakwattana and colleagues had a fairly interesting paper on the inhibitory activity of cinnamon bark species and their combination effect with acarbose against intestinal α-glucosidase and pancreatic α-amylase. They state within the abstract “Inhibition of α-glucosidase and pancreatic α-amylase is one of the therapeutic approaches for delaying carbohydrate digestion, resulting in reduced postprandial glucose. The aim of this study was to evaluate the phytochemical analysis and the inhibitory effect of various cinnamon bark species against intestinal α-glucosidase and pancreatic α-amylase. The results showed that the content of total phenolic, flavonoid, and condensed tannin ranged from 0.17 to 0.21 g gallic acid equivalent/g extract, from 48.85 to 65.52 mg quercetin equivalent/g extract, and from 0.12 to 0.15 g catechin equivalent/g extract, respectively. The HPLC fingerprints of each cinnamon species were established. Among cinnamon species, Thai cinnamon extract was the most potent inhibitor against the intestinal maltase with the IC(50) values of 0.58 ± 0.01 mg/ml. The findings also showed that Ceylon cinnamon was the most effective intestinal sucrase and pancreatic α-amylase inhibitor with the IC(50) values of 0.42 ± 0.02 and 1.23 ± 0.02 mg/ml, respectively. In addition, cinnamon extracts produced additive inhibition against intestinal α-glucosidase and pancreatic α-amylase when combined with acarbose. These results suggest that cinnamon bark extracts may be potentially useful for the control of postprandial glucose in diabetic patients through inhibition of intestinal α-glucosidase and pancreatic α-amylase” (3.) Even further more is the regulation of PTP-1 and insulin receptor kinase by fractions from cinammon. Bioactive compound(s) extracted from cinnamon potentiate insulin activity, as measured by glucose oxidation in the rat epididymal fat cell assay. Wortmannin, a potent PI 3′-kinase inhibitor, decreases the biological response to insulin and bioactive compound(s) from cinnamon similarly, indicating that cinnamon is affecting an element(s) upstream of PI 3′-kinase. Enzyme studies done in vitro show that the bioactive compound(s) can stimulate autophosphorylation of a truncated form of the insulin receptor and can inhibit PTP-1, a rat homolog of a tyrosine phosphatase (PTP-1B) that inactivates the insulin receptor. No inhibition was found with alkaline phosphate or calcineurin suggesting that the active material is not a general phosphatase inhibitor. It is suggested, then, that a cinnamon compound(s), like insulin, affects protein phosphorylation-dephosphorylation reactions in the intact adipocyte. Bioactive cinnamon compounds may find further use in studies of insulin resistance in adult-onset diabetes (4.)

Steroid discussion: good or bad for the industry? 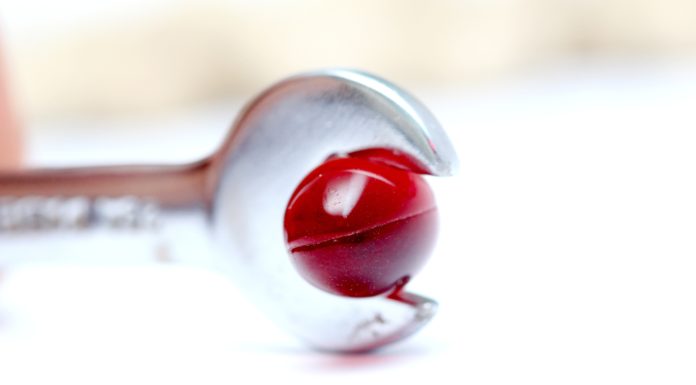