If you are an athlete, or anyone interested in fitness for that matter, you undoubtedly want to lose fat. The reason? It’s simple; as you lose fat, you are able to display your hard earned muscle mass, making it more obvious that you “work out”. Of course, saying you want to lose weight is just the tip of the iceberg, it’s a world of work, and often a lot of energy and cash has to be spent as well.

Which brings us to the next point- choosing a fat burner supplement to help speed things along.

Most popular fat burners are stimulant based, meaning that they contain one or more ingredients that stimulate the nervous system, with or without accompanying changes in heart rate and adrenalin release.

Then there is the category of fat burners that are classified as stimulant free, meaning that they do not contain ingredients which elevate nervous system activity, along with other similar traits.

So which is better? Over the short haul, stimulant fat burners. But if you want a safer, longer-term solution, non- stim fat burners are the winners by a long shot.

Not convinced? Here are a few short reasons why stimulant based fat burners are not the best option for your overall well-being:

There are many more reasons why stimulant based fat burners may not be right for you, but at the end of the day, your health should be the primary consideration.

Enter non-stimulant fat burners. These supplements can be a godsend, as they can be used for longer periods of time, and are much safer than heavy stimulant varieties. Look out for supplements containing the following ingredients, as they deliver the best bang for your hard earned buck!

Starting off with carnitine (which may occur as L-carnitine or acetyl l-carnitine), this is a versatile amino acid that improves the rate of oxidation of fatty acids in the muscle cell mitochondria by facilitating transport of fat into it. Though most people may not fully understand fat loss, this is the essence of it; triglycerides and stored body fat need to be converted into free fatty acids before they are “burned” by the mitochondria in the muscle cells. Carnitine is a useful addition to any fat loss supplement regimen, as it can also reduce the time before fatigue, and suppress appetite as well.  Carnitine does occur naturally in some foods, but if you want to accelerate the amount of fat you lose, a supplement is the way to go.

Conjugated linoleic acid (CLA) is a derivative of the omega-6 fatty acid, linoleic acid. CLA occurs naturally in foods such as milk and beef, but the amount you can realistically get is way too low. CLA is fast catching on around the world, thanks to its ability to increase fat loss, without the cost incurred by potent stimulants. CLA is believed to bring about weight loss via multiple mechanisms, ranging from reducing appetite to promoting the utilization of fat for fuel, and preventing production and storage of new fat. Supplemental CLA is made from modified safflower or sunflower oil.

Though dandelion root extract does not result in “direct” fat loss, it is a useful addition to bringing about weight reduction as a whole. Primarily, dandelion root supports the removal of excess water weight, due to its diuretic properties, and promotes detoxification and healthy digestion. If waste is not being processed in a timely manner, other metabolic functions can be negatively affected, resulting in but not limited to intestinal bloating. Ensure you drink enough water while using a supplement with dandelion root, or dehydration could be a result.

Alpha lipoic acid is an impressive fat based compound, which can facilitate fat loss in many ways. For one, is the fact that alpha lipoic acid (ALA) has an appetite suppressing effect, enabling you to consume fewer calories throughout the day. ALA also has the ability to “partition nutrients”, which simply means that it guides carbohydrates to preferentially enter muscle cells, as opposed to being stored as fat.

ALA’s benefits don’t stop there, however, as it also helps promote glucose use, especially noteworthy in obese or diabetic individuals who may have insulin issues that limit weight loss. Finally, is ALA’s antioxidant effects. Weight loss involves important oxidative processes, which can negatively affect other organ systems as a result. The anti-oxidant effect of this supplement helps buffer adverse outcomes, and can even reverse markers of ageing!

Related to the body’s natural thyroid hormone, 3,5′-Diiodo-L-Thyronine can be a great non-stimulant addition to a weight loss supplement plan as it ramps up your resting metabolic rate, along with increased rate of fat oxidation. This will result in a greater percentage of calories burned from fat, even while at rest doing absolutely nothing. Of course, that doesn’t mean that you should be doing nothing, as we know exercise drastically speeds up the rate at which weight is lost.

There were worries that 3,5′-Diiodo-L-Thyronine might be suppressive of natural thyroid hormone production, but the effect it has is likely to be mild, plus the fact that thyroid hormone function recovers fast following cessation of the supplement.

Sesamin is a compound known as lignin, found primarily in sesame seeds, but also other grain-based foods such as oats and flax. Sesamin is able to increase the activity of liver enzymes involved in the metabolism of fat, which helps to both increase fat use and reduces storage.  It is also believed to be able to spare muscle tissue, especially on lower caloric diets or on a carb restricted diet.

Finally, Sesamin purportedly has mild estrogen inhibiting effects, blocking the effect of estrogen on its receptors in fat cells. Estrogen is a fat-sparing hormone, so decreasing its influence on the fat cells allows it to undergo oxidation freely.

Choline is a water soluble, vitamin like compound that has numerous important functions in human biology.  Of interest to us, is the fact that Choline is a lipotropic agent, promoting fat oxidation in the liver. By itself, choline is pretty weak, but it is commonly used in conjunction with carnitine, in a synergistic manner.  When the two are used together, fat “flushing” is boosted, which is the excretion of fatty acid molecules joined to carnitine in urine (these compounds are known as acylcarnitine).

You may have heard of this supplement somewhere in the last 5-10 years, thanks in large part to the presence of a compound known as hydroxy citric acid (HCA). HCA is believed to work by preventing the conversion of carbohydrates into fat compounds, and by reducing appetite. HCA is best taken on an empty stomach, as it may bind to certain foods and become inactivated by it.

A sugar alcohol, Inositol is another lipotropic compound that promotes the utilization of fat by the liver, may prevent storage of fat and boosting the effects of neurotransmitters, including norepinephrine (noradrenaline) which is important in weight loss. Inositol is widely found throughout nature and works well in combination with B vitamins

Ketone supplements is an exciting new area of sports supplementation. The body naturally produces ketones for fuel instead of glucose during fasting or when following a ketogenic or low carb diet. Ketones are derived from dietary fat or body fat and are a more efficient fuel for the brain, heart and many other organs when compared to glucose.

In fact, fueling your body on ketones can substantially increase endurance, fat burning capabilities as well as lower heart rate and oxygen consumption. The ketogenic diet is pretty extreme (70-80% calories from fat) compared to our modern high carb diets. Exogenous ketone supplements offer a solution where you can reap the benefits of ketones, without following a super strict ketogenic diet.

Since ketone energy is derived from fat, supplementing with ketone supplements in-between meals will prime your body for using its body fat for fuel rather than glucose. For best results, use exogenous ketones with intermittent fasting and prefer low GI (glycemic index) carbs at mealtimes.

Maybe one of the least expected fat burning ingredients on this list is seaweeds. Incredibly popular in Japanese cuisine such as sushi, seaweeds are the salad of the ocean and pack an amazing variety of health benefits. However, for this article, we are only interested in one of them, and that is its fat burning capabilities.

The carotenoid Siphonaxanthin in green algae was very recently proven to have potent anti-fat activity. In an animal study, Siphonaxathin was able to reduce adipose tissue weight by 13% with only 6 weeks of use. It was able to inhibit the development of fat cells and fat in tissues and is being speculated as a new potent ingredient for weight management. Carotenoids are antioxidant compounds which many of us already know of from foods such as carrots and tomatoes, where carotenoids are responsible for their bright orange and red colors.

However, Siponaxanthin is not the first component of seaweeds that has been proven to help you burn more fat; Fucoidan is one that is already available as supplements. Fucoidan is a complex of polysaccharides which are complex sugars which are essential for cellular communication in the body. They have been implicated in cancer research since they can promote apoptosis of cancer cells and make them self-destruct. Similar to Siponaxanthin, Fucoidan is also effective as a treatment against obesity.

Fucoidan stimulates the breakdown of fats; increasing metabolism and helping you burn more calories and in the end lose more weight. Fucoidan also contains significant amounts of the mineral iodine, which is critical for thyroid health. As many might be aware of, thyroid health greatly affects metabolism and fat burning capabilities. Hypothyroid is a condition of impaired and lowered thyroid function which makes it tough to burn fat because of low metabolism. If you struggle with weight loss even when on a calorie deficient, getting your thyroid checked out might be a good idea. To promote thyroid health as well as weight loss, Fucoidan is a great supplement to take.

There are dozens of non-stimulant fat burners for you to choose from, but when possible it is advisable to stack them in order to experience true synergistic weight loss. Stimulant fat burners contain one or more caffeine-like compounds, known as methlyxanthines, and should not be used for periods longer than 8 weeks.

Non-stim fat burners are safer for long term use, and you are unlikely to experience a crash of any kind after cessation of use or rebound weight gain. Give our SILENCER  product a try and save yourself the trouble of juggling multiple pills! 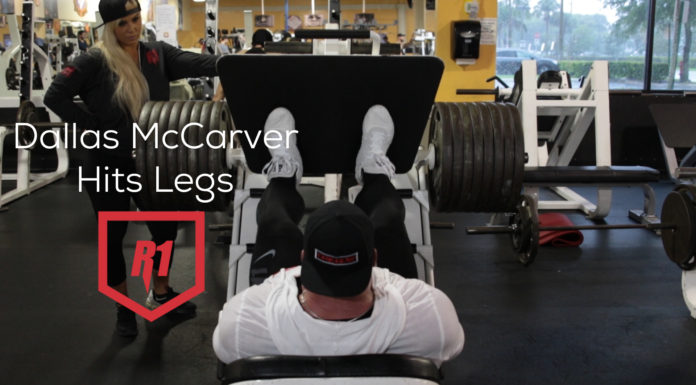