RedCon1 – Is Fasted Cardio Beneficial for Everyone?

Given the time of year with many people competing, a common question that comes up is what is the best form of cardio to lose fat efficiently. Even furthermore, is fasted cardio more beneficial than fed cardio? Although the answer is fairly simple, you need to be sure you understand some key principals so you can understand why the answer is what it is. Starting from the beginning, the majority of the population have some common misunderstanding when it comes to fed VS fasted cardio. Many say it decreases appetite, increases caloric output, etc. Shimada et al conducted a study on the effects of post-absorptive and postprandial exercise on 24 hour fat oxidation in 2013. They had twelve young male athletes in a room-size metabolic chamber for 24 hour indirect calorimetry in a randomized repeated-measure design. Before or after breakfast, i.e. in the post-absorptive or postprandial state, subjects exercised at 50% VO(2)max for 60 min. During the 60 min of exercise, energy expenditure in the two exercise trials were equivalent, but exercise in the post-absorptive state was performed with lower RQ compared with that in the postprandial state. The time of exercise relative to breakfast did not affect 24 h energy expenditure. However, accumulated 24 h fat oxidation was higher (P<0.05) and that of carbohydrate oxidation was lower (P<0.05) when exercise was performed in the post-absorptive state. Compared with exercise performed in the postprandial state, exercise performed in the post-absorptive state oxidized more fat and saved more carbohydrate in the body, without affecting 24 hour energy expenditure (1.) This bit of research helps to shed light on the myth that fasted cardio doesnt effect caloric output anymore than fed cardio.

In regards to the myth that fasted cardio can act as an appetite suppressant, we look to Deighton et al with a study that reviewed appetite, energy intake and resting metabolic responses to 60 min treadmill running performed in a fasted versus a postprandial state. Twelve healthy males (mean±SD: age 23±3 years, body mass index 22.9±2.1 kg m(-2), maximum oxygen uptake 57.5±9.7 mL kg(-1) min(-1)) performed three 10 h experimental trials (control, fasted exercise and postprandial exercise) in a Latin Square design. Trials commenced at 8 am after an overnight fast. Sixty min of treadmill running at ∼70% of maximum oxygen uptake was performed at 0-1 h in the fasted exercise trial and 4-5 h in the postprandial exercise trial. A standardised breakfast was provided at 1.5 h and ad libitum buffet meals at 5.5 and 9.5 h. Appetite ratings and resting expired air samples were collected throughout each trial. Postprandial exercise suppressed appetite to a greater extent than fasted exercise. Ad libitum energy intake was not different between trials, resulting in a negative energy balance in exercise trials relative to control after accounting for differences in energy expenditure (control: 9774±2694 kJ; fasted exercise: 6481±2318 kJ; postprandial exercise: 6017±3050 kJ). These findings suggest that 60 min treadmill running induces a negative daily energy balance relative to a sedentary day but is no more effective when performed before or after breakfast (2.) These finding suggest that you can actually have more of an appetite suppressant effect with fed cardio.

Concluding some research from one of my favorite researchers (Dr. Brad Schoenfeld), we find a study conducted overviewing the body composition changes associated with fasted versus non-fasted aerobic exercise. The purpose of this study was to investigate changes in fat mass and fat-free mass following four weeks of volume-equated fasted versus fed aerobic exercise in young women adhering to a hypocaloric diet. Twenty healthy young female volunteers were randomly assigned to 1 of 2 experimental groups: a fasted training (FASTED) group that performed exercise after an overnight fast (n = 10) or a post-prandial training (FED) group that consumed a meal prior to exercise (n = 10). Training consisted of 1 hour of steady-state aerobic exercise performed 3 days per week. Subjects were provided with customized dietary plans designed to induce a caloric deficit. Nutritional counseling was provided throughout the study period to help ensure dietary adherence and self-reported food intake was monitored on a regular basis. A meal replacement shake was provided either immediately prior to exercise for the FED group or immediately following exercise for the FASTED group, with this nutritional provision carried out under the supervision of a research assistant. Both groups showed a significant loss of weight (P = 0.0005) and fat mass (P = 0.02) from baseline, but no significant between-group differences were noted in any outcome measure. These findings indicate that body composition changes associated with aerobic exercise in conjunction with a hypocaloric diet are similar regardless whether or not an individual is fasted prior to training (3.)

Now that we understand the basics, we can put it all together as long as we remember to keep biological inter-individuality at the forefront of our minds. I personally have coached hundreds of athletes. There are dozens upon dozens of prep coaches and researchers out there that have utilized fed and/or fasted cardio and gotten extreme fat loss. This means that as always, there is no right answer. Fasted cardio seems to enhance fat loss for some while it may be detrimental to others. Fasted cardio seems to decrease appetite for some while for others, it actually increases their hunger levels. The fact of the matter is there is no right answer simply because of biological inter-individuality. The best course of action to finding out what works for you is to experiment with yourself (and/or your clients), be unbiased, take notes, and adjust accordingly.

Dallas McCarver- A Day in the Life 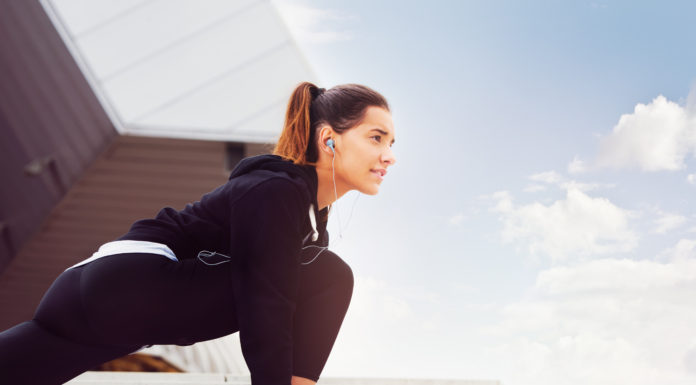