If you have been living under a rock and have not heard of the ketogenic diet yet, exogenous ketones are NOT those raspberry ketones for weight loss. We are talking about ketones as in the fuel derived from fat, during a high-fat diet such as the ketogenic diet.

Why the ketogenic diet? While many still consider this diet controversial (because of the fat), it is not something new; rather it has been successfully used as an alternative treatment for epilepsy since the early 1900s.

Today, however, the fat adapted state that the ketogenic diet brings on, is mainly used for rapid weight loss. As well as for reversing metabolic diseases such as type 2 diabetes and improving cognition and emotional health.

Exogenous ketones is a new breakthrough supplement which primarily provides the power of ketones, without the need to follow the ketogenic diet so strictly. At least this is how it is marketed, but the question is,  does it deliver?

Since the research is still in the very early stages concerning exogenous ketones, much of their benefits are believed to be similar to the beneficial effects of the ketogenic diet. Here is the lowdown on the potential pros  currently being researched:

Clearly, the potential for benefits are pretty huge, and users on the ketogenic diet report that it is easier for them to stay in deep ketosis while using the supplements.

After consumption, exogenous ketones are active for up to 8 hours. They decrease blood glucose significantly after supplementation and because of this can be a potential treatment for people with type-2 diabetes instead of insulin. This also goes to show how bodybuilders doing a cutting protocol can harness this for increased weight loss on both low carb as well as high carb diets.

In theory, professional bodybuilders injecting insulin might be able to protect themselves from potential side effects of a too high dose of insulin. There is an often-cited study by George Cahill that showed that elevation of ketone levels protected participants from hypoglycaemia when administered large amounts of insulin. Keep in mind however that this would be more like an antidote for insulin dosage fuckups rather than a regular thing.

Even if exogenous ketone supplement might prove to offer a nicely packaged consumer friendly way of reaping the benefits of the ketogenic diet, some potential side effects need to be considered.

An acute state of ketosis will be diuretic, and without being used to this effect from low carb dieting, an electrolyte deficiency can quickly develop. Make sure you get extra fluids with minerals if you use ketone supplements.

As everyone who ever tried the ketogenic has experienced, a fat adapted metabolism often comes with bad breath. This is natural however and is simply byproducts from the metabolism of fat, not much that can be done concerning this other than stock up on that chewing gum for those dates!

Like MCT oil, ketone supplements can cause GI distress; we suggest you gradually up your dosage to let your gut microflora adjust to the new fuel.

Though the data might be currently lacking to support exogenous ketone supplementation for athletes, the potential benefits might well be worth the investment to try them. Ketone Supplementation is breaking new ground in the field of performance-enhancing substances and especially since they are completely unrelated to anabolic steroids in their effects. In fact, Patrick Arnold, the famous organic chemist who created many of the best performance-enhancing anabolic steroids is currently one of the strongest influencers in the field of exogenous ketone products, founder of the supplement brand KetoForce.

A fat adapted metabolism is something that has been used in bodybuilding as far back as the 60s and 70s. Vince Gironda pioneered much of the field of low carb bodybuilding nutrition and showed that the possibilities for high performance are there, even though today’s fitness world seems to be hung up on carbohydrates.

Chest Training 4 Days Out to the Olympia

Should You Dress For Success? 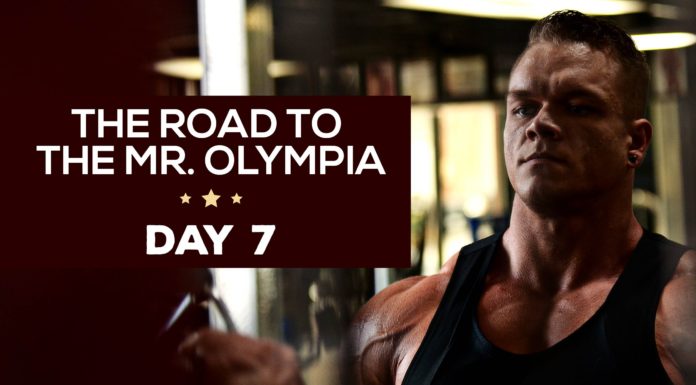 Dallas Journey to the Olympia – Day 6