You would be hard pressed to find a more polarizing binary than the relationship society has with bodybuilding’s less-than-secretive marinade, “the sauce.” Anabolic-androgenic steroids have been a topic of controversial relevancy since their international debut via a cosmonaut air drop of Turinabol to Russian athletes in 1962. The introduction of these novel compounds stirred a literal arms race that prompted the research and development of hundreds of functional hormone derivatives, which have been the plight of anti-doping agencies for decades. As of recent, advances in drug detection technology have revealed what most already knew… athletes of every discipline and caliber are juiced up like a bottle of Florida Orange. Progression, however, is an intuitive component of human biology. The constant compulsion to improve has been the greatest catalyst of this species’ development – best exemplified by the universal practice of competitive sports over its evolutionary course.

Admiration. Fear. Disgust. Such terms often accompany an egregiously muscular physique. For better, or for worse, the general public remains enamored at the sight of a sidewalk cracking specimen despite any moral or aesthetic reservations they may carry. The need to even reference “morals” only exists due to the persistent demonizing of steroid use commonly associated with bodybuilders. More often than not the sheep of society will discredit a well-developed physique as nothing more than fictitious mass inflated by chronic drug abuse. These rampant displays of ignorance are a significant contributing factor for the sport’s inability to garner societal acceptance and financial interest from more conventional corporate contributors. A near-sighted perspective when considering that their absence places an inhibition on further athletic advancement beyond its current limitations. The policy in and of itself is contradictory to the very heart of competition. Competitors – true competitors, not mere participants – aspire to reach new tiers of human physical performance and despite many wasted pennies at the wishing-well, the viability of X-Men style genetic mutations is beginning to look bleak. If mainstream audiences continue to expect furthering degrees of superhuman abilities then they must come to understand the need for a superhuman physiology.

It is hardly news worthy to comment that PEDs(Performance Enhancing Drugs) exist at the upper echelon of nearly every competitive activity known. Yet, the populace is dumbfounded upon discovering that their favorite athletic icon has been dabbling in “extracurricular” supplementation between batting practice. Bodybuilding’s double-edged sword is its lack of subtlety regarding the more illicit elements that accompany it. Bombastic displays of freakish mass do little to quell steroid accusations, which, in truth, are usually correct. Consequently, bodybuilding is self-defeating by nature and continually fails to infiltrate sports programming networks or any significant level of mainstream exposure. Although Kai Greene has seen some success outside of wearing posing trunks, his reach is still quite limited when compared to the charismatic career of Arnold, who’s classic lines were befitting of Hollywood.

Despite the bastardization that stems from its use, steroids are more often than not referred to with a positive connotation in present day culture. Simply attach “on steroids” to the end of a noun and it instantly resonates a complimentary tone. Although the concept of needle-based drug usage will remain taboo around the dinner table, the popularity of PEDs within the fitness industry is higher than Snoop Dogg could ever hope to be. Ever since the Archduke of Anadrol, Bostin Loyd, expunged the extreme nature of bodybuilding culture, online forums have essentially transitioned into a pissing contest of Tren and Superdrol. This poses a quandary of a question: take the plunger and get country big or stand around in an extra schmedium tank top while wearing your D.A.R.E. sticker from middle school? Fortunately you do not need to compromise your childhood ethics in order to obtain a God-bod. For all their physically potentiating prowess, the novelty of risqué ‘roid usage wears faster than vital health markers.

Satire aside, there are notable anabolic alternatives presently available on the market. DHEA based prohormones have seen a surge in popularity since DASCA all but razed grey-area designers entirely. Traditionally, DHEA compounds have been overlooked due to being far less cost effective than their more readily active counterparts. Supplement industry innovator, Redcon1, however, has released a well-rounded line of these prohormones that afford the modern iron monger supraphysiological gains without supraphysiological side-effects. By introducing an ingenious Liposomal delivery system into its formulation, Redcon1’s SOMAL products are capable of achieving a standard of bioavailability nearing one-hundred percent. This exceptionally high conversion rate into the target compound allows users to experience the benefits of exogenous hormone usage without compromising the monthly food budget. Those who desire sheer mass and aggression would be wise to sample the tantalizing taste of SOMAL-4’s final form, Testosterone. As the predominant male hormone, no other compound shares its muscle potentiating effects. Alternatively, individuals who prefer less dramatic, leaner mass gains should reference SOMAL-1. Although a structural derivative of Testosterone, the introduction of 1-Testosterone via SOMAL-1 does not raise estradiol or impart a sudden spike in weight gain to the degree that Testosterone does. Rather, it exhibits a high binding affinity for androgen receptors that grant it superior strength enhancing properties, which makes its use advantageous in both bulking and cutting applications.

Rest assured, these two-stepping precursors meet all legal compliances despite their renowned effects on strength and mass acquisition. Lunge your way over to Redcon1.com, or download the app, to learn how SOMAL-1 and SOMAL-4 will allow you to reach your highest state of readiness.

HOW TO BUILD YOUR OWN SUPPLEMENT STACK SERIES 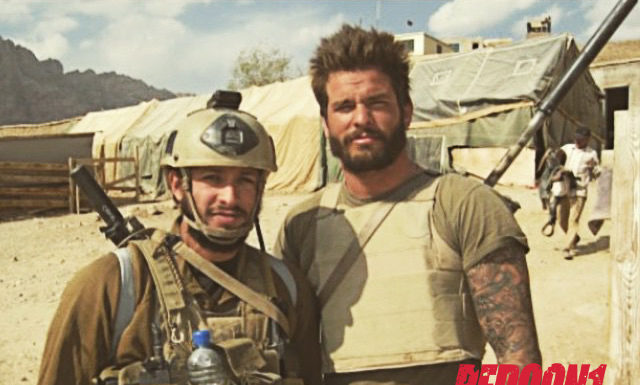