Diverging away from some of the more health related topics, I wanted to bring up something that can have a massive change on someone’s body composition over the course of a prep and/or offseason phase of training. This concept is referred to as excess post-exercise oxygen consumption (or EPOC.) EPOC is the amount of oxygen our body consumes following a bout of exercise that is in excess of the pre-exercise oxygen consumption baseline level (bascially, our body uses more oxygen after exercise than before exercise, and we expend more calories during our recovery from exercise than we do before exercise.) This effect can last up to 48 hours according to some literature (which unfortunately I was not unable to hunt down from Kravitz in 2015.) A majority of people try and assign an actual caloric amount that EPOC can expend and sadly, the research is somewhat limited and is highly situational. In some situations in the literature we’ve seen it expend up to 200 extra kcals per day but in actual practice, I’ve had clients expend a tremendous amount more utilizing methods such as Dr. Scott Stevenson’s version of muscle rounds.

One study from Sevits et al (1) looked at Total daily energy expenditure and how its increased following a single bout of sprint interval training, which is a method of increasing EPOC. The purpose of these studies was to investigate the hypotheses that a single bout of SIT would increase RMR and/or TDEE. Study 1: RMR (ventilated hood) was determined on four separate occasions in 15 healthy men. Measurements were performed over two pairs of consecutive mornings; each pair was separated by 7 days. Immediately following either the first or third RMR measurement (randomly assigned) subjects completed a single bout of SIT (cycle ergometer exercise). RMR was unaffected by a single bout of SIT (7195 ± 285 kJ/day vs. 7147 ± 222, 7149 ± 246 and 6987 ± 245 kJ/day (mean ± SE); P = 0.12). Study 2: TDEE (whole-room calorimeter) was measured in 12 healthy men, on two consecutive days, one of which began with a single bout of SIT (random order). Sprint exercise increased TDEE in every research participant (9169 ± 243 vs. 10,111 ± 260 kJ/day; P < 0.0001); the magnitude of increase was 946 ± 62 kJ/day (∼10%). These data provide support for SIT as a strategy for increasing TDEE, and may have implications for healthy body weight maintenance. Even further more, Tucker et al concluded in a study in 2016 that “higher excess postexercise oxygen consumption (EPOC) after high-intensity interval exercise (HIE) and sprint interval exercise (SIE) may contribute to greater fat loss sometimes reported after interval training compared with continuous steady-state exercise (SSE) training” (2.) They compared EPOC after HIE, SIE, and SSE. Ten recreationally active men (age 24 ± 4 years) participated in this randomized crossover study. On separate days, subjects completed a resting control trial and 3 exercise conditions on a cycle ergometer: HIE (four 4-minute intervals at 95% peak heart rate (HRpeak), separated by 3 minutes of active recovery), SIE (six 30-second Wingate sprints, separated by 4 minutes of active recovery), and SSE (30 minutes at 80% of HRpeak). Oxygen consumption (V[Combining Dot Above]O2) was measured continuously during and for 3 hours after exercise. For all conditions, V[Combining Dot Above]O2 was higher than resting control only during the first hour postexercise. Although 3-hour EPOC and total net exercise energy expenditure (EE) after exercise were higher (p = 0.01) for SIE (22.0 ± 9.3 L; 110 ± 47 kcal) compared with SSE (12.8 ± 8.5 L; 64 ± 43 kcal), total (exercise + postexercise) net O2 consumed and net EE were greater (p = 0.03) for SSE (69.5 ± 18.4 L; 348 ± 92 kcal) than those for SIE (54.2 ± 12.0 L; 271 ± 60 kcal). Corresponding values for HIE were not significantly different from SSE or SIE. Excess postexercise oxygen consumption after SIE and HIE is unlikely to account for the greater fat loss per unit EE associated with SIE and HIE training reported in the literature.

Your ability to increase EPOC obviously can contribute tremendously to your ability to have a leaner growing phase or enhance your fat loss during preparation for a physique based show. But this is where we run into two massive issues. The first is the transitional period from offseason to prep where many will begin employing giant sets, supersets, etc in an effort to increase EPOC. There is nothing inherently wrong with this however, its what is adjusted that causes the issue as these athletes will ignore progressive overload and ignore the basic compound movements (in a pure poundage and loading sense) and just begin doing circuit after circuit. This is the fastest way to not only increase EPOC, but lose muscle tissue. A good rule of thumb is whatever built your muscle will keep it (and this is why I’m such a massive proponent on including EPOC work during the offseason so you not only grow in a leaner state, but EPOC is being elevated year round VS just pre-contest…this does not mean you cannot increase your EPOC work however. This simply means to keep your principles similar and only slightly alter the programming as you go.) The second issue is intensity. Workout intensity is directly related to exactly how much of an EPOC effect you’re going to have from exercise (as demonstrated by LaForgia et al in 2006.) This again is another reason why a muscle round is one of my preferred methods of choice (thank you Dr. Scott.) So now with this brief introduction to the concept of specific EPOC work being added in, go out, do more research, implement it, and see expenditure increase dramatically! Just remember, as intensity goes up, so does the taxation on your central nervous system. This means you need to be methodical, patient, and systemic when implementing these strategies.

Dallas Journey to the Olympia – Day 10 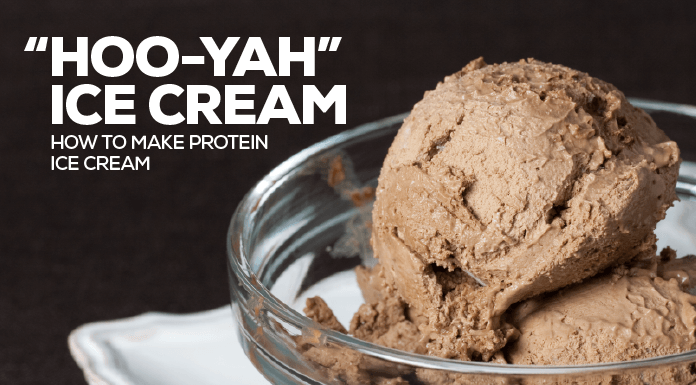