Gone are the days when the only readily available source of steroid information was “the big guy” at your local gym. Gone too are the days when that same bloke was your only accessible source for the gear you needed. In fact today’s aspiring bodybuilders face the opposite problem, that of too many sources of info. As with training and nutrition, a good knowledge base is necessary to separate what’s true from what’s not. Over the past few years we’ve seen the rise of bodybuilders and bodybuilding movements that are dedicated solely to the discussion of steroids/PEDs and promotion of steroid information. Any individual who stays reasonably in touch with the goings-on of the industry will be able to name several of them with ease. While the goal of spreading knowledge and making it more readily accessible is a noble one, these dispersers of information have often come under fire themselves for a variety of reasons. They are accused of making information on steroids available to children, advocating for dosages that are irresponsible, and even of propagating false information themselves. Without actually mentioning any of these divisive figureheads by name, let’s delve into some of the controversies surrounding them and decide for ourselves whether or not their existence actually benefits bodybuilding.

It’s become more and more common for enhanced bodybuilders to buy their gear online. One glance at any of the numerous steroid marketplaces will reveal thriving, vibrant communities. Often excellently self-policed and regulated, these communities are a far cry from the shady fly-by-night locales that they are often depicted as. Nonetheless it doesn’t take more than a quick bit of detective work to notice the concerning number of young folk on these sites seeking a source of gear. Underage, unknowledgeable, and often only novice gym goers, these prospective buyers are a concerning factor in today’s bodybuilding world. While it is common practice for most gear marketplaces to discourage and turn away these individuals, it is impossible to 100% completely ensure the prevention of all sales to minors.

The flooding of marketplaces with these young customers has been somewhat exacerbated by the rise in popularity that SARMs have experienced over the past few years. Enjoying their status occupying a legal “grey area,” SARMs are often advertised as a legal alternative to steroids. In addition, some SARM producers (a certain popular YouTube channel for example) describe these substances as being healthier and safer than steroids. While some aspects of that statement are true, it is fairly common to find posts online made by young SARM buyers who have made their purchase without any real knowledge whatsoever. I have witnessed such scenarios as a buyer who had already started his cycle without knowing if he will need PCT, or even how long his cycle should last. Situations like this are unacceptable.

Another frequent critique of persons who have gained notoriety in this area is the use of certain drugs and/or dosages that they recurrently recommend to other users. One well known amateur bodybuilder has gained a reputation for utilizing shockingly high doses, and has stated in an interview that he does not routinely get bloodwork done. This sets a particularly poor example for beginner users. Another bodybuilder has often propagated the use of dangerous and addictive substances, all in the name of “crushing ignorance” (part of his brand’s slogan). A particularly concerning video made by this athlete described the use of 1000 mg of DNP (an amount that would kill almost anyone) by one of his friends for a period of time. A simple google search will reveal dozens of videos regarding almost any compound imaginable, many made by people with no real experience using steroids or containing conflicting and false information.

So how do we respond to this issue? By stopping the problem at its source. It is imperative that the industry as a whole lifts its invisible and unspoken prohibition on steroid discussion. After all, the best way to keep people safe is to educate them. Unfortunately bodybuilding’s “educators” at the moment seem to be the very people who we should most avoid listening to. The solution to this rise in false information is to spread truthful and accurate facts, something that the powers that be seem hell-bent on suppressing.

Steroids have been attached to a certain stigma that follows them wherever they are mentioned. While being completely undeserved, steroids are labeled as dangerous and unethical. This view will only continue to be more and more widely accepted among the public as long as people are afraid or unwilling to openly and honestly discuss gear. Being the biggest consumers of steroids and (typically) the most knowledgeable, it is up to bodybuilders to change this stereotype.

A Lot More On HMB Part 2 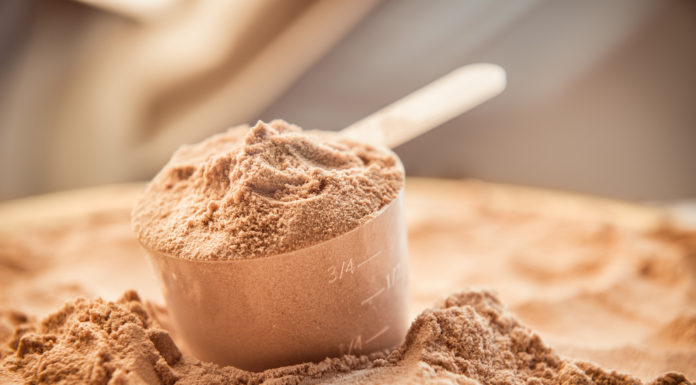