It’s a belief held as tight as gold in the bodybuilding community; you need protein- and lots of it, to build immense amounts of muscle mass. And it is true. To an extent. What is NOT well known, is the negative relationship between protein and our primary muscle building hormone- testosterone. Is this claim too mind blowing to believe? Hold on to your gains- this is about to get serious!

The Research Is In, And You May Not Like It

Before we delve into the research of it all, ask yourself- why is it that we force ourselves to consume tons of protein daily? Most “serious” natural athletes will strive to consume 1-1.5g/protein per pound of bodyweight, translating to well over 40% of daily caloric intake.
Is it easy? Not by a long shot, since it often requires multiple force feeding sessions, not to mention the peri-workout nutrition window.
But who is it that pushes the agenda for us to consume that enormous load of protein? As you may have figured out already- it is some of the less honest supplement manufacturers (in other words, not Redcon1!), more specifically, often of cheap and poor quality protein powders.

Research doesn’t lie (unless it was paid for by big Pharma!)

Let’s look at some of the most convincing arguments, proving that the current recommendations are not only inflated but also unnecessary.

To start off the anti-brainwashing campaign, consider this food for thought; a study conducted by the Journal of Life Sciences on seven men was able to find that higher protein intake was not associated with a superior hormone profile.
Researchers investigated the differences in blood testosterone levels, sex hormone binding globulin (SHBG), cortisol and corticosteroid binding globulin (Transcortin) levels, and if it was related to dietary differences. In particular was the interest in if a higher carbohydrate: dietary protein ratio had a different effect on these hormones than a diet containing a higher protein: carb ratio.
The findings were clear; following ten days of a higher carb: protein dietary ratio, the following could be seen, when compared with the higher protein: carb diet:

The overall difference of free Testosterone amounts to just more than 7%, mediocre at best. If this minuscule change can cause a large difference in protein synthesis among the two groups is yet to be determined, as more studies need to be undertaken first.
In addition, a higher SHBG level doesn’t need to be a bad thing, as the hormone estrogen (known for feminizing effects in males) is also bound to it.Study#2
The Relationship Between Testosterone and Cortisol Concentration In Resistance Trained Individuals Relative To Dietary Intake

This study is not only earth shattering but will blow your mind. The bodybuilding and fitness community have held the belief that the “peri-workout” window is the most important time to load up on protein so as to ensure muscle growth. However, as you will soon see, the truth is likely the opposite. We have been taught that fat is bad prior to workouts, except that the truth is fat may be responsible for most of your gains as a result of post-exercise Testosterone spikes.

A little background of the study:
12 men with prior resistance training experience; one-year minimum the requirement, but each of the participants averaging five years training experience each. Subjects needed to have been involved in regular training ten weeks prior, with no high-intensity recovery phases coinciding with the study period.
The actual study was to be run for 17 days, with workouts being performed twice weekly following the set exercise parameters.
Parameters included:
Performing 5 sets of the bench press for 10 repetitions each, using pre-determined 10 rep max calculation
The jump squat performed at 30% of the calculated 1 rep max, for 5 sets of 10 repetitions as well.
Rest period between each set was fixed at two minutes.
Blood was drawn 5 minutes before, and 5 minutes after completion of each workout session.
The average measured levels of testosterone and cortisol can be seen below

It can be seen that following an exercise session testosterone levels increased, with jump squats resulting in a larger testosterone surge then from the bench press.
Interestingly, the concentration of cortisol shows an interesting pattern, since testosterone can suppress it. The result is a lower post-exercise cortisol level following the jump squat when compared to pre-exercise levels.

Now, that is interesting and all, but what is mind blowing is the relationship between pre-exercise testosterone levels and dietary intake for the day. See the figure below:

Not sure what you’re looking for? Ok, let’s break it down:
The very first graph indicates the relationship between the amount of dietary calories derived from fat, and testosterone blood levels pre-workout. Subjects that consumed a diet with more calories from fat had correspondingly higher testosterone levels.
Figure two (top right) demonstrated the importance of saturated fat on testosterone levels. It is a known fact that diets low in saturated fat result in diminished testosterone production
Figure 3 demonstrates a point established in our previously mentioned study; that high protein diets result in lower testosterone levels.
Figure 4 signifies that monounsaturated fats also play a very important role in correspondingly high testosterone levels. Think of omega-3 oils and olive oils as good sources. Even better yet, studies conducted in Italy have indicated that Conjugated Linoleic Acid (better known as CLA) may be able to boost natural steroidogenesis (synthesis of sex hormones) as observes following trials on rodents. CLA has also shown immense potential in reducing bodyfat, both very desirable attributes to anyone engaged in weight training.
Figure 5 depicts the effect of a diet with a high polyunsaturated: saturated fat ratio. The higher the ratio, the greater the extent of testosterone suppression
Figure 6 solidifies the fact that diets high in the protein: carb ratio are detrimental on testosterone levels.
What this study sums up to is the fact that resistance training will elevate testosterone levels; however, your nutrition can negate the effect of a training session, especially if primarily high in protein.

Another major blow to some of the big protein supplement pushers out there is the fact that this study conducted in New York in 2015, debunked the claim that protein supplementation resulted in superior muscle protein synthesis following resistance workouts.

This study involved 10 healthy young men, receiving either a placebo drink or a protein supplement consisting of 20g protein, 6g carbs, and 1g fat post workout.
Blood values were drawn from each group immediately, 30 minutes. 1 hour, 2 hours and 5 hours following the workout, which determined elevations in insulin, growth hormone, testosterone and cortisol levels, along with minor other endocrine hormones.
The most important observation was the fact that no differences were observed between the levels of each group, indicating that the supplemented group had no distinct advantage over the group receiving placebo.

What does this mean? It means that consuming your protein shake directly after exercise does not necessarily mean better muscle growth effects from that workout.

Keep in mind that it is all about the daily amount of protein you consume and protein supplements such as whey are still and awesome addition to your muscle growth stack, just don’t believe the hype that you NEED to consume it directly after your workouts or you will be missing out.

Now just wait for a second- before you think this contradicts one of the points of consuming less protein, consider this; the men partaking in this study were older, ranging between 40-70 years.   Sure, the sample size was larger (1552) but without the participants spread widely over an age range, we can only hypothesize that this applies to older men. This study was undertaken by researchers attached to the University of Massachusetts Medical School, but interestingly protein intake was restricted to less than 80g/day. Had they been consuming a slightly higher amount of protein, results could have possibly been different.
Keep in mind that it could also be as a result of the “check” effect of the binding globulins, as a lower protein diet leads to higher testosterone levels (and hence the check hormone needs to increase)

Summing It All Up

Since the studies can be quite a bit to digest, it’s important for you to understand the most important points:

Protein will not increase your testosterone levels. This has been established in multiple studies and is counterproductive. Yes, we understand your tightly held belief that protein builds muscle faster than anything else, but it is time to understand that studies paid for by the supplement manufacturers aren’t all that they’re hyped up to be. They need to sell products and make money and will provide you viable “pseudo-science” to back it up.
Do not go crazy drinking protein shakes at the pre, intra and post-workout periods. Research has also shown that the higher protein consumption is before working out, the lower it will make your testosterone spike from the workout. With less testosterone to go around, cortisol will spike, and eat away at the little muscle you might have gained.
Diets with a higher carb: protein ratio, and higher carb/fat: protein ratio is superior for muscle growth since testosterone levels are not suppressed significantly. The opposite is also true, with higher protein diets corresponding to lower serum testosterone levels.
Protein supplementation does not lead to enhanced anabolic effect following training. Instead, consume a meal with higher carb/fat to protein ratios, as this will aid recovery and not blunt the effect of testosterone.
Although a diet containing both carbs and fat is desirable, your choice of either a higher fat or higher carb diet is an individual choice, based on factors such as insulin sensitivity. 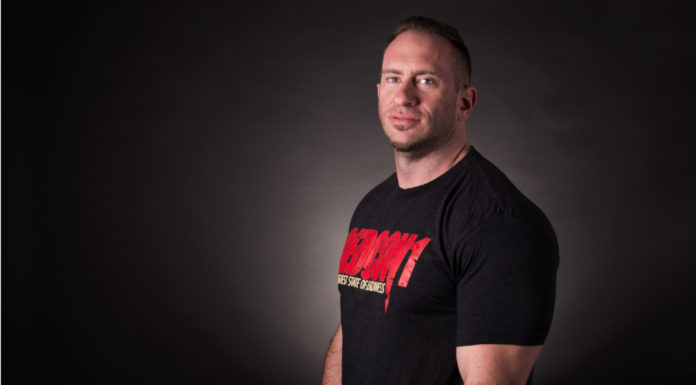