Almost everyone knows what a chili pepper is. It’s hot and it’s found almost anywhere in the world. But do you know that chili peppers are capable of so much more than making your favorite meals fiery hot and taste better?

Chili peppers have capsaicin in their seeds and white inner membrane. This bioactive plant compound is what makes chili peppers hot and spicy.

It is this same compound that can be used as a medicine for pain and for managing inflammatory diseases. A study published in Pharmacological Reviews showed that capsaicin can be a cure for arthritis pain, neuropathic pain, and other dermatologic problems.

Capsaicin also helps give the immune system a boost. And here’s another surprising benefit: it can literally heat things up in your bedroom!

So, if you still think that chili peppers are only for use in food, think again!

A lot of assumptions have been made regarding the ability of chili peppers to increase the rate of our metabolism. Various studies show that there are chili peppers that can increase metabolism by causing a rise in body temperature. The substance Capsaicin plays a huge role in this.

The spiciness of a chili pepper depends on the amount of capsaicin in it. The more capsaicin, the spicier the pepper is. Because of the heat generated through eating a chili pepper, the body burns more calories. The body temperature of a person is directly proportional to the calories burned after a meal.

However, this is subject to limitations. The effect of chili peppers on the metabolism of a person is not that significant. Eating a spicy dish can only temporarily increase metabolism by about eight percent. This means that for a person to notice a significant effect on his weight, he needs to eat more than just a bowl of chili peppers, and he needs to eat them on a daily basis. In other words, you better like spicy food enough to eat chilies at every meal, or you better use a capsaicin supplement to benefit.

Another theory related to this includes the feeling of satisfaction after a meal. Capsaicin has appetite suppression effects, making a person feel fuller even if he only ate a little. With that feeling of satisfaction, a person is likely to overeat and consequently, he’ll be able to maintain his weight if not altogether lose some.

Capsaicin’s effect on appetite leads to a decrease in overall calorie intake. A study published in Clinical Nutrition proved this theory as participants consumed capsaicin, green tea, and sweet peppers.

Sweet peppers with capsaicin were shown to help reduce total calorie intake by the participants yet still maintaining a positive energy balance. Green tea with capsaicin was more effective in suppressing appetite during a calorie deficit.

But despite its low correlation with metabolism, there is a positive trend between capsaicin and fat oxidation. Fat oxidation is the process of breaking down stored fat lipid molecules to create the energy needed by the body to function. This is important for people who work out.

Researchers from the Department of Human Biology in the Maastricht University reported that capsaicin can sustain fat oxidation and help maintain weight.

There are a lot of foods that can increase sex drive. These aphrodisiacs include fruits such as watermelon and avocado and spices such as garlic and, you got it; chili peppers.

Because of the spiciness of the capsaicin present in chili peppers, a person can experience an increase in heat and sweating. Because of this, there is also an increase in blood flow in the body which is very beneficial for men when it comes to erections.

Capsaicin also helps release endorphins, a chemical also released during  orgasms. In other words, chili peppers can help induce feelings of pleasure which can benefit women who usually find it hard to reach orgasm when having sex. This was further discussed in a study relating to thermogenesis.

Also, a study by scientists at the University of Grenoble in France suggested that eating chili peppers regularly causes an increase in the levels of hormones that makes a man more sexually active. The research found a relationship between a man’s levels of testosterone and regular consumption of spicy foods. This study, however, was only limited to men. There are no studies supporting this conclusion on the side of women, even though testosterone also correlates with a higher sex drive in women.

Capsaicin is said to have the ability to lower the damage done from heart attacks and strokes. A study by Dr. Keith Jones was conducted to find a connection between the two.

The experiment was first tested on the skin of mice. After applying capsaicin to the mice, researchers observed that protective “pro-survival” pathways were activated in the heart tissues of the mouse.  There was a huge decrease in the death of cells in the rodent’s heart during an heart attack.

However, this does not automatically mean that the same thing will happen if capsaicin when applied to humans. Further research is being conducted to prove these predictions.

When it comes to stopping heart attacks with chili peppers, there are varying opinions and assumptions. Many researchers claim that there is not enough evidence associating with peppers and stopping a heart attack that is already in progress. It might even lead to a more dangerous situation if applied without sufficient study.

Taking chili peppers during a heart attack could lead to an adrenaline rush and increase in heart rate. If this happens while the blood flow to the heart is decreased, the tissues in the body could suffer damage, or worse, these tissues could die.

This, however, is not the case when the issue about preventing heart attack is being discussed. There is a considerable number of researchers who claim that capsaicin in chili peppers can prevent the occurrence of heart attacks because it thins the blood, essentially blocking heart attacks from happening in the first place.

This assumption is also supported by the low rates of heart disease in countries such as Mexico and Asian countries where people tend to serve food containing plenty of chili peppers.

Remember, greater heart health translates into greater physical performance both in your sport discipline of choice, as well as in the bedroom!

As doctors and scientists try to discover new cures to different diseases, natural substances are often forgotten, many people need to know about the profound benefits chili peppers has on our health.

Even if there is only some evidence that links capsaicin to weight loss, there is a significant connection found between sexual health and the chemical compounds in chilies. So, if you ever feel like you need to spice up your libido, it’s time whip up some chili!

Steroid discussion: good or bad for the industry? 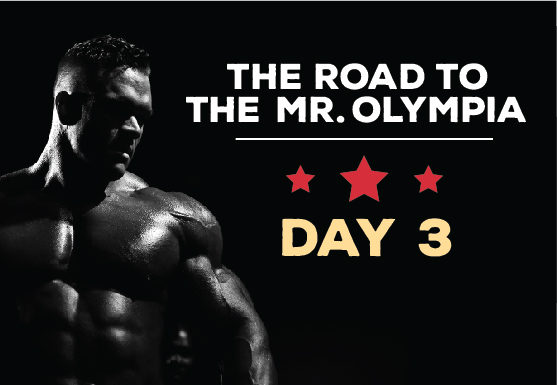