When you hear people referring to how hot peppers are and that “burn your mouth” feeling, they’re really referring to the molecule capsaicin. Capsaicin has a plethora of beneficial attributes for physique athletes that is beneficial in food and supplement form (we will only focus on it as a lipolytic aid for today’s article.) But before we go into its those positive effects, lets look at how capsaicin works. Capsaicin is part of a group of molecules referred to as capsaicinoids (berberine, a very popular glucose disposal agent, also falls into this category.) Digging deeper into this group of molecules, you’ll come to find that there are five of the more commonly mentioned ones, those being dihydrocapsaicin, homocapsaicin, homodihydrocapsaicin, capsaicin, and nonivamide (with nonivamide and capsaicin being the most potent ones.) Capsaicin, as this is the focal point of this article, is metabolized within the liver by CYP450 enzymes as well as inhibits CYP3A4, the main drug metabolism enzyme within the liver (1, 2, 3, 4, 5.)

The main benefit it has to physique based athletes is its ability to enhance the fat loss process. Capsaicin can stimulate the the metabolic rate secondary to β-adrenergic activity (it acts on the TRPV1 receptors in the adrenal glands leading to more adrenaline to be released and this increases the metabolic rate thereby acting on β-adrenergic receptors on fat cells.) Shinet al looked at theaAlterations of autonomic nervous activity and energy metabolism by capsaicin ingestion during aerobic exercise in healthy men in 2007. They investigated whether capsaicin ingestion (150 mg) enhances substrate oxidation associated with thermogenic sympathetic activity as an energy metabolic modulator without causing prolongation of the cardiac OT interval during aerobic exercise in humans. Ten healthy males volunteered for this study. The cardiac autonomic nervous activities evaluated by means of heart rate variability of power spectral analysis, energy metabolism, and ECG QT interval were continuously measured during 5-min rest and 30-min exercise at 50% of maximal ventilatory threshold on a stationary ergometer with placebo or capsaicin oral administration chosen at random. The results indicated that there were no significant differences in heart rate during rest or exercise between the two trials. Autonomic nervous activity increased in the capsaicin tablet trial during exercise, but the difference did not reach statistical significance. Capsaicin, however, significantly induced a lower respiratory gas exchange ratio and higher fat oxidation during exercise. On the other hand, the data on the cardiac OT interval showed no significant difference, indicating that oral administration of capsaicin did not cause any adverse effect on cardiac depolarization-repolarization. In conclusion, it may be considered that capsaicin consumption 1 h before low intensity exercise is a valuable supplement for the treatment of individuals with hyperlipidemia and/or obesity because it improves lipolysis without any adverse effects on the cardiac depolarization and repolarization process (6.)

Even further more, do you remember the VR1 receptors we discussed earlier? Those are the receptors that capsaicin actually aids in induces thermogenesis. Hursel and colleagues looked at thermogenic ingredients and body weight regulation. They noted the following: The global prevalence of obesity has increased considerably in the last decade. Tools for obesity management, including consumption of caffeine, capsaicin and different teas such as green, white and oolong tea, have been proposed as strategies for weight loss and weight maintenance, as they may increase energy expenditure (4-5%), fat oxidation (10-16%) and have been proposed to counteract the decrease in metabolic rate that is present during weight loss. Daily increases in thermogenesis of approximately 300-400 kJ can eventually lead to substantial weight loss. However, it becomes clearer that certain conditions have to be met before thermogenic ingredients yield an effect, as intra-variability with respect to body weight regulation has been shown between subjects. Furthermore, the sympathetic nervous system is involved in the regulation of lipolysis, and the sympathetic innervation of white adipose tissue may have an important role in the regulation of total body fat in general. Taken together, these functional ingredients have the potential to produce significant effects on metabolic targets such as satiety, thermogenesis and fat oxidation. A significant clinical outcome may sometimes appear straightforward and may also depend very strongly on full compliance of subjects. Nevertheless, thermogenic ingredients may be considered as functional agents that could help in preventing a positive energy balance and obesity (7.)

Capsaicin plays a role in accelerated metabolic rates, fat oxidation, adipogenesis, thermogenesis, and actually even has the ability to increase muscle protein synthesis via nitric oxide signalling through TRPV1 (but that is for a different article.) With capsaicin shows clear ergogenic aids to physique athletes, its a wonder why more people don’t ensure they’re ingesting enough particularly during a dieting phase while in a caloric deficit. 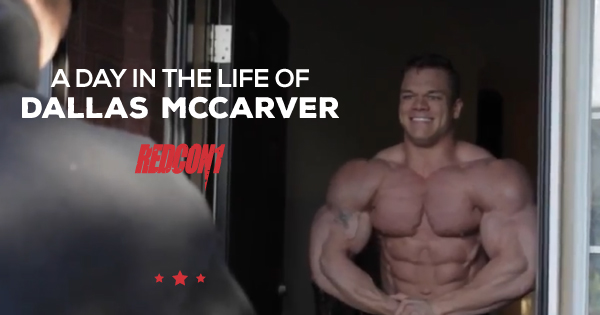