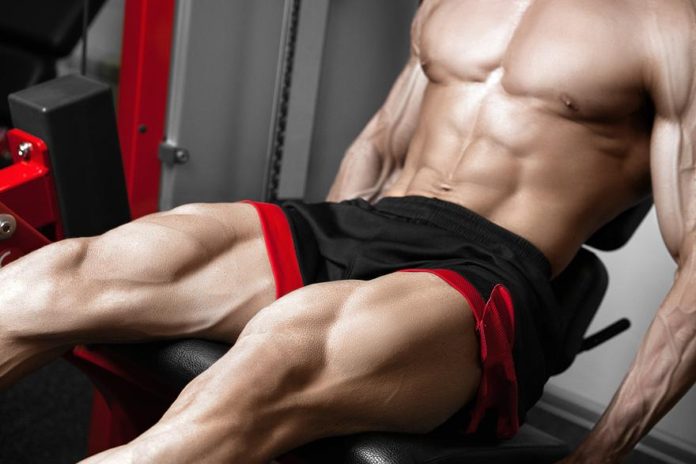 To some, the title of this article alone is blasphemous.  The squat is the king of all exercises.  It’s what separates the men from the boys.  If you want a hard time finding jeans at the store, squats are unsurpassed and superior to all.

Truthfully…..not necessarily.  While I am not here to argue the efficacy of the squat, I am here to argue that you can build a great set of wheels without the use of a squat.  I also feel it’s necessary to mention that I am strictly speaking of the barbell squat here.

Squats are great for many reasons.  They do elicit some muscular hypertrophy, but more than that they tax the central nervous system.  Squats actually have more of an anabolic effect on the body as a whole than they do on the legs, by helping to release growth hormone.

Squats are also hard on the knee joints, especially to those with chronic knee pain or prior knee issues.  Performing a squat with unequivocally flawless technique is also more of a skill; not everyone inherently possesses those skills.  Squats are also very hard on the lower back and spine, as loading through the bar is transferred to the lumbar region of the back in a compressing manner.

Say you cannot do squats (or don’t want to do squats); how can you setup your training to build some decent mass in the legs?

When it comes to muscular development and hypertrophy, squats are especially inferior when it comes to quadriceps development.  Squats just do not put enough stress on the quads, as there are many better options to target this muscle group.

The leg press is a great exercise to target the quads, especially because you can easily change angles and foot placement.  By placing your feet lower on the platform, you put greater stress on the quads than any other area of the leg.  Weight must be lowered to perform this movement safely, as the knees could be put into a precarious position the farther you stretch on the eccentric part of the movement.

Some plate loaded leg presses have two different pins to put weight on.  This allows you to change where the greatest amount of load will be placed.  Put the weight on the higher pin and it will be heaviest at the top of the movement; put the weight on the lower pin and the load will be greatest at the bottom.  For the greatest amount of hypertrophy, work in a rep range that is moderate to high.  Use a weight that is safe, but taxing; taking the quads to muscular failure.  Come to a complete stretch at the bottom of the movement without your back side coming off the seat.

When it comes to building quads and bringing out definition and detail, this exercise reigns supreme.  Leg extensions have the distinct title of bring out the vastus medialus or “teardrop.”  The teardrop is one of the most impressive muscles in the entire body, and helps stabilize the knee.

Leg extensions get a bad rap as being hard on the knees, and this is true to a certain degree.  Just as with any other exercise, flawless execution and proper form of the movement will keep the knee safe.  Research has suggested that it is both a safe exercise and a dangerous exercise, so choose wisely.  Personally, I have had two ACL reconstructions and I feel zero pain in my ligaments when performing this exercise.  There are many other exercises that bother my knee more than a standard knee extension.  The key is to not come to a complete 90 degree (or further) angle.  By not coming completely down on the movement the tension is constantly placed on the quadriceps and takes the load off the ligaments.  I do however think of the leg extension as an accessory exercise, and should either be used after compound exercises or to pre-fatigue the muscle.

This is my personal favorite when it comes to building hamstrings.  Hamstring muscles are probably one of the most difficult to fully develop.  For one, you cannot see them.  Two, it’s a difficult muscle for many people to flex because of its structure and placement on the back of the legs.  Think of your hamstrings as the biceps of the legs.  It’s easy to raise your arm up and flex your biceps in the mirror.  It’s more difficult to bring your leg to a 90 degree angle and flex your hamstrings.

The stiff leg deadlift is a great exercise, because if performed correctly, it is impossible not to place the load on the hamstrings.  As you come down on the eccentric part of the movement you should feel a very deep stretch.  Use a relatively light weight and slow down the negative stretch; then explode back up engaging the glutes.  This is the only exercise in existance where rounding the back slightly is acceptable.  An important thing to remember when performing this exercise is to not use the lower back to lift the weight.

In my mind, this is the singular most difficult exercise in existence.  Not the most difficult in application, but wait until the next two days when the delayed onset muscle soreness kicks in.  While squats do truly work the entire leg muscles, so do lunges, but I believe they do so much more efficiently.  Lunges work the muscle in both flexion and extension, so the stretch works the muscle equally as effective as the contraction.

Use a weight that is safe to use without putting too much load on the knee joint and patellar tendon region (front of the knee cap).  When descending do not let the knee go beyond the toe; pause for a brief movement and gradually return back to the starting position.  I like to bring the feet back to the starting position as opposed to performing constant reps in a manner that is similar to walking.  This puts you in a much better position to safely perform the next rep.

Yes, I know the word squat is in the title of the exercise, but that is where the comparison to squats begins and ends when it comes to this exercise.  For one, the load is not placed on the spine.  The movement pattern is also fixed, meaning spinal stabilization is not required.  It’s much easier to keep the knees slightly bent at the top of the movement, keeping constant tension on the quads.

The hack squat targets both the quads and hamstrings more balanced than a traditional back squat does.  On a back squat it seems that you either target one or the other more, but it’s difficult to find that balance.  Hack squats are also much safer to perform in a full range of motion, as there is much more room for error.

The same machines fitness girls are using to “tone their butt” are also great for building leg mass.  Tom Platz is known as the “Quadfather”; building massive tree trunk legs over time with heavy squats with very high volume.  Now look at his adductors, the muscles that make the two legs come together.  They are huge, and have a lot to do with the overall mass of his legs.

One of the main functions of the hip adductors is to externally rotate the hips and legs.  They are responsible for flexibility and stabilize the hips, making other movements stronger and more efficient.  For overall leg development adductor muscles are crucial.

The abductors really are good for working the glutes, especially the outside region of the glute.  While the hip abductor machine might not “tone” it does help to build thicker and denser glute muscles.

Both adductor and abductor training should be done in a safe manner, as these are both vulnerable to injury with the groin and hips.

One of the areas I did not touch on is calf training, but I think it goes without saying proper calf training is important for overall leg development.  Often considered “genetic” muscles, it’s still important to place some emphasis on these.  Some great calf exercises would be standing calf raises, seated calf raises, and calf wall stretches.

As with any muscle group, progression will be key when building this large set of muscles.  Mix up the rep tempo, ranges, and total volume.  Pay attention to diet, rest, and proper supplementation and watch your quads explode out of your current wardrobe!

Secrets of Billionaires with Pejman Ghadimi 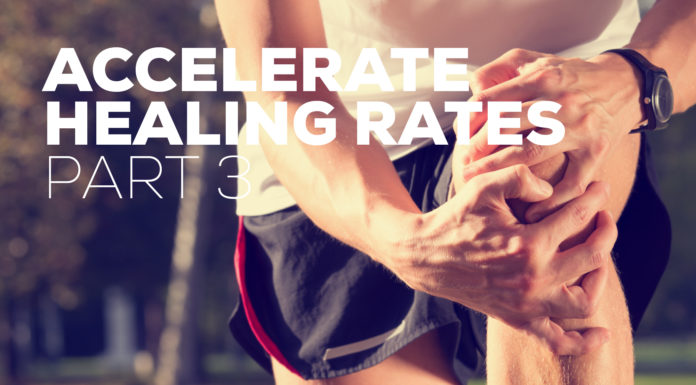