When it comes to building tons of muscle, too often, tons of fat accompany it. This is why it is considered by many that it is impossible to do both at the same time, although you do have more control than you think. A lot of that control involves the powerful hormone insulin, who can make or break a physique, depending on what you do.

Without a doubt, insulin could be considered the key that dictates muscle growth, and speed of recuperation, along with nutrient uptake.  But in that same breath, however, is insulin’s “darker” side, the one that makes it incredibly easy for you to get fat.

See, insulin is a powerful storage hormone, one that is recruited when we eat foods, primarily carbohydrate heavy ones.

Depending on the exact timing of insulin release (such as upon eating in the morning, or after your workout, just a random snack in the middle of the day), the excess carbohydrates may be shuttled to different locations. For example, upon waking in the morning, and after a workout, glycogen levels are lower than normal, allowing insulin to shuttle sugar into the liver and muscle cells, and be stored as more glycogen.

However, glycogen stores are not infinite, and are filled relatively fast; begging the question “what happens to excess sugar?” They are then sent to fat cells, who have a much greater capacity for storage, and ta-da! Are converted to fat.

See how simple it is for sugar to promote fat gain?

Luckily, by taking advantage of glucose portioning agents, safe and effective supplements, you can temper the speed by which insulin gets to work, reducing the possibility of rapid muscle, liver or fat cell saturation. As mentioned, glycogen stores as small, and filled quickly. It’s like loading gasoline into a full tank; instead of just “wasting” the excess gas, fill it little by little, so that more is effectively used!

Give The Following Supplements a Shot To Up Your Glucose Partitioning Game:

This is an ancient Ayurvedic herb, which has been used for centuries by locals of India. It was observed as far back as the 6th century B.C to have an effect that causes reduction of sugar taste in the mouth and was given the name “sugar destroyer” by natives.  Gymnema Sylvestre works in a few interesting ways, whose benefits extend beyond athletes looking for lean gains, to even people with diabetes. Take for instance:

This micronutrient is only necessary in small amounts but must be consumed as the body cannot manufacture its own. Many people are deficiency in this nutrient, especially if you consume a high carb diet, as its excretion in urine is promoted. Regardless, chromium is believed to have numerous benefits on blood glucose chemistry, affecting how it is metabolized, to stored and more.

Most interestingly, however, is the ability of chromium to improve glucose sensitivity- which can significantly enhance your muscle building process while staying relatively lean. The less insulin you require to do the job of glucose uptake, the faster you can return to a state of fat burning. Chromium can serve as a major adjuvant to diabetic or overweight individuals.

Also known as bitter gourd, or Karela, this bitter fruit has been used for centuries in India for its blood sugar reducing effects. However, this melon does much more than that. It is also an insulin mimetic, meaning that it can display effects similar to insulin without its presence. It also improves the sensitivity of insulin itself, probably explaining why blood sugar levels improve following consumption.

Furthermore, studies have demonstrated findings that bitter melon can improve carbohydrate uptake by muscle cells, while simultaneously improving the rate of fat loss and preventing storage of subsequent fat.

These properties make bitter melon a mandatory add on when trying to gain muscle and stay lean at the same time.

Berberine is a unique supplement, which acts in ways that may at first seem counter-intuitive. For example, consider the fact that Berberine is inhibitor of a kinase that promotes muscle growth, known as mTOR. It activates AMPK on the other hand, which is responsible for more survival type reflexes, including uptake of glucose in anticipation of starvation, but also an anti-aging effect. On the flip side, Berberine promotes weight loss, prevents the liver from making its own glucose (a process known as gluconeogenesis) and initiates a pseudo- low carb environment.

Banaba leaf extract possesses insulin-mimetic effects, improving uptake of carbohydrates to be stored as glycogen, and not fat. An extract known as corsolic acid is also being studied for its anti-obesity properties as well, making it ideal for anyone looking to improve their physique.

A well-known fat based antioxidant, ALA has been shown to increase insulin sensitivity up to 57% in type 2 diabetics. Though people with diabetes have much weaker insulin sensitivities, the effect should translate well in non-diabetics as well, albeit using a dose of 50-100mg (compared with 600mg dose in the study).

This tasty spice has numerous benefits when it comes to improving muscle growth without the heavy load of fat burden. Cinnamon does this by various mechanisms, including:

While these supplements independently can bring about a transformation of your physique, using them in combination can make an exponential difference. Consider trying a supplement such as our RPG that contain many of these ingredients and take your body to the next level! 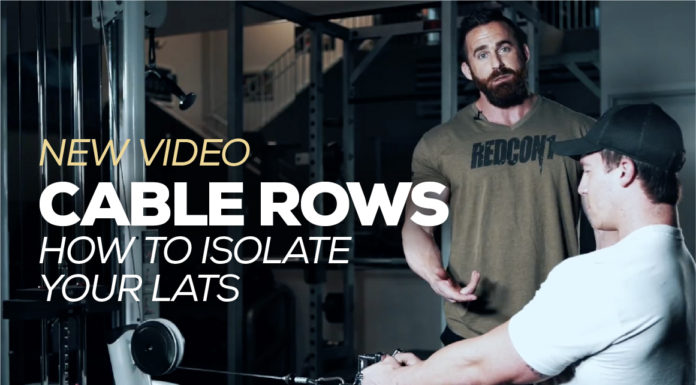