Clinical studies estimate that as much as 5.6% of America’s male population in their 20’s and younger may suffer from low endogenous testosterone levels. This number sharply rises after men reach their 30’s. The symptoms and effects of a low testosterone level are varied and diverse, with many not manifesting externally. This makes it particularly difficult for one to assess one’s own level accurately without getting bloodwork done. With that said, lets delve into some of the more common signs of low levels and some reasons that boosting testosterone benefits men.

The most well-known indication of low testosterone is sexual difficulties. These can range widely. Men with low levels commonly experience reduced or subpar sex drives. A reduced number of spontaneous erections, difficulty gaining an erection, and lower duration of an erection are all commonly seen as well. This is particularly common in men aged 30 or older, due to their naturally declining androgen levels as well as a higher amount of their remaining testosterone being bound to SHBG (sexual hormone binding globulin) which renders it unavailable for use. Infertility is less commonly seen than other more typical indicators, but is by no means unheard of.

Sleep problems and/or difficulty in remaining asleep for long periods of time may also be experienced. The role that testosterone plays in this issue has not been clearly defined yet, despite extensive research. What is known however, is that a definitive and strong relationship exists between having low levels of free testosterone in the male body and difficulty in getting a full night’s sleep. Science may have been unsuccessful in isolating the mechanism by which this relationship stands, but it clearly exists.

One of the other known functions of testosterone is that of emotional regulation. It has been established that mood swings and depression in men are more common among those suffering from low levels of testosterone. There is even a term for this condition, known as “irritable male syndrome.” It is typically defined as a state of constant frustration, hypersensitivity, and sometimes even anger. Men who have successfully raised their levels commonly describe an improved sense of wellbeing, as well as higher self-confidence and motivation. Better memory recall and concentration are reported as well. Less susceptibility to stress and irritation are also reported.

For those who seek to enhance their performance at the gym, a healthy testosterone level is a must. Testosterone promotes increased protein synthesis in lean muscle tissue. This is accomplished by stimulation of a growth hormone response in the pituitary gland, which in turn promotes amino acid uptake. It can also serve to escalate the number of neurotransmitters at the uptake site in muscle fibers and encourage faster tissue growth. It is also theorized that testosterone may have a relationship with satellite cells. Increased strength and endurance will be noted by the athlete who ensures healthy androgen levels in his body. The obvious and immediate effects of this will be the ability to move more weight in the gym, the inclination to train harder utilizing heavier lifts, and a quicker post-workout recovery time. Decreased soreness after training sessions is also a common benefit.

One common way of approaching this issue is to seek testosterone replacement therapy (known as TRT). This medical process is rapidly attracting more adherents, with some estimates stating that the number of men who seek TRT has more than tripled in the past ten years. The established means of procuring TRT begins by requesting one’s personal doctor to order bloodwork done utilizing a sample taken from the patient. After low testosterone levels have been established, a pharmaceutical prescription (commonly aiming for shots of around 100-200 mg. of testosterone per week) will be given, and the patient can begin injections.

Many athletes seek to elevate their testosterone levels through non-medical means. Some men turn to over the counter testosterone booster products. In recent years there has been an increase in use of plant based products. The plant hormone laxogenin in particular has seen elevated use among supplement companies. The metalloid boron is also a common ingredient in many booster products. Saponin compounds such as fenugreek extract have also been tried.

The health and fitness craze of today’s world leaves many seeking to acquire an edge over their competition when it comes to physical performance. Due in part to this, the use of natural testosterone boosters has skyrocketed. Whatever method that you ultimately choose to boost your testosterone level, the many health benefits will be worth it.

Dallas Journey to the Olympia – Day 22 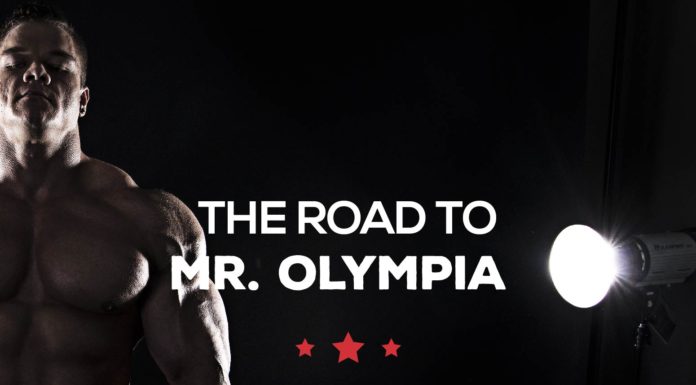 Dallas Journey to the Olympia – Day 23

Do You Have Proper Gym Etiquette?