Beta Alanine is an ingredient that is very popular in the supplement community but really isn’t discussed very much (and sadly usually isn’t dosed properly in many formulas on the market.) I think you should not only know what beta alanine is but also what it does, why you want it, and which products actually have clinical dosages (or proper dosages for lack of a better term.) Beta-alanine, the building block of carnosine, helps buffer acid in muscles and increases physical performance in the 60–240-second range. When beta-alanine is ingested, it turns into carnosine, which acts as that acid buffer. Carnosine is stored in cells and released in response to drops in pH. Paresthesia, the tingling feeling, can be caused by bigger dosages of beta alanine but it is simply a harmless side effect that usually disappears with usage. Beta Alanine has been shown to aid in increasing power, endurance, and reducing time to fatigue (along with a number of other benefits.)

Hobson et al conducted a very important bit of literature on beta alanine supplementation and its direct effects on exercise performance in a meta analysis. They stated that “due to the well-defined role of β-alanine as a substrate of carnosine (a major contributor to H+ buffering during high-intensity exercise), β-alanine is fast becoming a popular ergogenic aid to sports performance. There have been several recent qualitative review articles published on the topic, and here we present a preliminary quantitative review of the literature through a meta-analysis. A comprehensive search of the literature was employed to identify all studies suitable for inclusion in the analysis; strict exclusion criteria were also applied. Fifteen published manuscripts were included in the analysis, which reported the results of 57 measures within 23 exercise tests, using 18 supplementation regimes and a total of 360 participants [174, β-alanine supplementation group (BA) and 186, placebo supplementation group (Pla)]. BA improved (P=0.002) the outcome of exercise measures to a greater extent than Pla [median effect size (IQR): BA 0.374 (0.140-0.747), Pla 0.108 (-0.019 to 0.487)]. Some of that effect might be explained by the improvement (P=0.013) in exercise capacity with BA compared to Pla; no improvement was seen for exercise performance (P=0.204). In line with the purported mechanisms for an ergogenic effect of β-alanine supplementation, exercise lasting 60-240 s was improved (P=0.001) in BA compared to Pla, as was exercise of >240 s (P=0.046). In contrast, there was no benefit of β-alanine on exercise lasting <60 s (P=0.312). The median effect of β-alanine supplementation is a 2.85% (-0.37 to 10.49%) improvement in the outcome of an exercise measure, when a median total of 179 g of β-alanine is supplemented” (2.)

Finally, we’ll conclude on its ability to reduce fatigue from the works of Hoffman et al. The purpose of this study was to examine the effect of 30 days of beta-alanine supplementation in collegiate football players on anaerobic performance measures. Subjects were randomly divided into a supplement (beta-alanine group [BA], 4.5 g x d(-1) of beta-alanine) or placebo (placebo group [P], 4.5 g x d(-1) of maltodextrin) group. Supplementation began 3 weeks before preseason football training camp and continued for an additional 9 days during camp. Performance measures included a 60-second Wingate anaerobic power test and 3 line drills (200-yd shuttle runs with a 2-minute rest between sprints) assessed on day 1 of training camp. Training logs recorded resistance training volumes, and subjects completed questionnaires on subjective feelings of soreness, fatigue, and practice intensity. No difference was seen in fatigue rate in the line drill, but a trend (P = .07) was observed for a lower fatigue rate for BA compared with P during the Wingate anaerobic power test. A significantly higher training volume was seen for BA in the bench press exercise, and a trend (P = .09) for a greater training volume was seen for all resistance exercise sessions. In addition, subjective feelings of fatigue were significantly lower for BA than P. In conclusion, despite a trend toward lower fatigue rates during 60 seconds of maximal exercise, 3 weeks of beta-alanine supplementation did not result in significant improvements in fatigue rates during high-intensity anaerobic exercise. However, higher training volumes and lower subjective feelings of fatigue in BA indicated that as duration of supplementation continued, the efficacy of beta-alanine supplementation in highly trained athletes became apparent (3.)

It is clear that beta alanine is a supplement that is beyond beneficial for any athletic endeavor! In these studies, we see a wide array of dosages from 2 grams all the way up to 5 grams. It has been concluded that 3.2 grams of beta alanine is the accepted clinical dosage. If your taking a pre workout that has LESS than that clinical amount then you’re pretty much wasting your money as you will not reap the full benefits. Luckily, supplements like Total War from RedCon1 provide the full 3.2 gram clinical dosage of beta alanine along with other great ergogenic aids like citrulline malate, agmatine sulfate, and a number of others ALL having the correct clinical dosage. 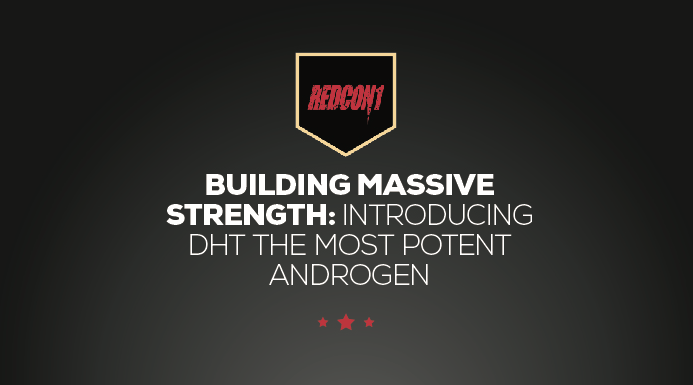