Moving on we now look at increasing power output. In this category we are going to look mainly at two ingredients. The first being the most tested supplement in history, creatine. Creatine (creatine phosphate) is a molecule that is utilized extremely rapidly to product ATP. During periods of stress (such as an extremely hard workout session), phosphocreatine releases energy in order to help with cellular functioning. The literature is almost overwhelming when looking at creatine. It has been proven to increase power from baseline across a multitude of testing platforms (11, 12, 13, 14, 15, 16.) A typical dosage of 5-10 grams of creatine monohydrate will be a fair range for people to stick within given that you metabolize the molecule and need it (as some creatine non-responders simply already have storages that are already full and supplementation wont help any further.) The second ingredient is betaine or trimethylglycine, which is actually another component of beet root! It seems in some studies that lactate production decreased from 270% to 210% (17) and others that showed clear increases in concentric and eccentric power output (18, 19.) As previously mentioned, there are a tremendous amount of more ingredients that aid in increasing power output but these are two that are very well studied and work in practical application.

Lastly, we look at ingredients that are going to increasing your pump. The pump or increase in blood flow or nitric oxide levels, does lead to long term hypertrophy, increased partitioned, and increased sensitivity within those localized muscles as long as you are progressively overloading and creating tension. The pump is underrated and is an aspect to supplementation that should not be taken lightly. Sadly, in this category, there are even more supplements to cover than I can even begin to discuss so we will keep it to two simple ingredients that truly work. First we’ll look at glycerol which can come in many forms: HydroMax Glycerol, Glycerol Monosterate, and Vegetable Glycerin. All of these are going to increase fluid concentrations and promote a hyper hydration type effect that is partitioned through intracellular spaces increasing endurance and blood flow (20, 21, 22.) This is my go to ingredient first and foremost when we’re talking about increasing our ability to get and maintain a pump. Of the three mentioned, HydroMax is held as the king but to be completely honest, I’ve run over two hundred experiments with clients utilizing all three and the conclusion was obvious. They all work tremendously well BUT the dosage changes dramatically. When using HydroMax Glycerol you only needed about 3-5 grams to get a tremendous increase in your pump. When using Glycerol Monosterate you needed upwards of 10 grams to get the same effect. Finally when using Vegetable Glycerin you needed around 12-20 grams depending on the person. The next ingredient was another one I discussed in another article, agmatine sulfate, which does a great job at increasing nitric oxide levels and there by increasing your pump (23, 24.) To read my full article on agmatine sulfate please search back in the article section to understand how this molecule works.

So the next time you’re looking at your pre workouts that you’re interested in purchasing, look for beta, alanine, highly branched cyclic dextrin, beet root (nitrates), creatine, betaine (trimethylglycine), some form of glycerol, and agmatine sulfate. I would like to conclude saying there are a tremendous amount of other ingredients that will fall into these categories and that deserve honorable mentions as these are on the same level as the ingredients I chose to discuss today, I simply cannot cover every single ingredient in two articles. Those are essential amino acids, branched chained amino acids, citrulline, caffeine, taurine, theobroma, higenamine, alpha gPC, rhodiola, glutamine, and coconut water.

18. Ergogenic effects of betaine supplementation on strength and power performance

20. Guidelines for glycerol use in hyperhydration and rehydration associated with exercise.

21. Physiological and performance effects of glycerol hyperhydration and rehydration. 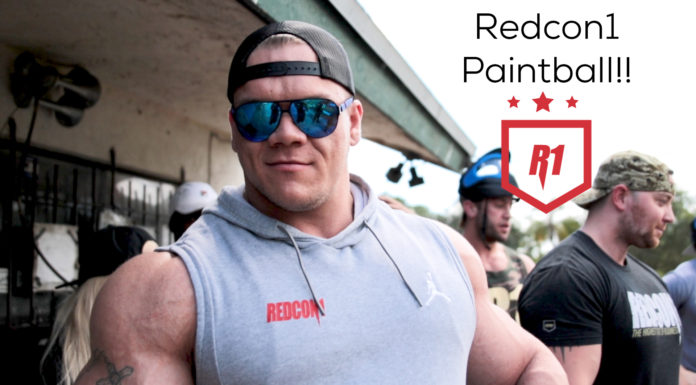