Many people reading these articles on the RedCon 1 website are most likely going to be some sort of athlete. Whether you be a competitive bodybuilder, powerlifter, figure athlete, football player, MMA fighter, or boxer, N-Acetylcysteine or NAC, is going to be beneficial for you in more ways than one. N-Acetylcysteine is essentially used to allow more glutathione to be produced instead of being depleted (1, 2.) In this manor, N-Acetylcysteine plays a unique role in many protective benefits.

First, lets look at its role with glutathione. Glutathione, a molecule composed of three amino acids – cysteine, glutamine, and glycine, is a substance found in every cell within our body that basically acts as an anti-oxidant to neutralize free radicals. This prevents cellular damage. It is known as being one of the most impressive health based supplements you can ingest. One of the issues is its limiting factor of the availability of L-cysteine. N-Acetylcysteine supplementation will aid in this rate limiting step and essentially allow your body to produce more glutathione (3, 4.)

Next, we look into how it effects us on a performance level. This is sadly not something I would suggest taking N-Acetylcysteine for. If we look at one study that used N-Acetylcysteine for six days before a sprinting test, they found force production wasn’t influenced (5.) Then, we move on and see a study conducted that showed promising effects on delaying fatigue factors (6.) The issue is, in that second study that showed promising benefits to delaying fatigue factors during training, it requires an extremely large dose that was given as an injection and not taken orally. So as you can see, N-Acetylcysteine is a tremendous health product but not a direct ergogenic aid.

Moving on, we look at how its effecting our liver, as this is a major reason why many athletes supplement with N-Acetylcysteine. Looking at its effects in the liver, it does a pretty good job at alleviating toxic levels. In a case study done looking at acetaminophen poisoning, we saw a thirty-one year old female that was given N-Acetylcysteine to compensate on the poisoning effects happening from the overdose. Hepatotoxicity was extremely high, liver enzymes were through the roof, and by day seven, the extremely elevated liver enzymes dropped to mild levels. This is obviously an extreme case but the fact of the matter is, N-Acetylcysteine does a pretty damn good job when hepatotoxicity could potentially be an issue (7.) Even further more, looking into another study where rodents were given alcohol (ethanol), we saw that when N-Acetylcysteine was given thirty minutes prior to ethanol ingestion, reductions in liver damage was seen compared to when it was given after ingestion which actually showed some further damage (8.) It seems that typically, ethanol suppresses glutathione acutely thus supplementing with N-Acetylcysteine somewhat stops that suppression and allows glutathione to continue to be reproduced and reduces oxidative stress in the liver.

Finally, we’ll conclude with its beneficial effects on red blood cell count (RBCs) as this is typically another common issue we see with high level athletes. Before we go into any study I would like to look at this from an application standpoint. In the past, I’ve had a few clients come to me with high RBCs. This again is to be expected with athletes. So, beyond the typical advice of donating blood as often as possible, we began supplementing with about 1200mgs of N-Acetylcysteine daily. Some of them responding dramatically and within only a few weeks, their RBC count was down into normal ranges. The others that didn’t respond as dramatically still managed to get their RBCs into normal ranges, but it took a few months instead of a few weeks. The point being, N-Acetylcysteine is extremely good at lowering RBCs anecdotally. Now looking at it from a literary aspect, we see that the researchers in this particular study gave one group 400mgs of N-Acetylcysteine and the other group 800mgs of N-Acetylcysteine for three months. We saw that both groups had reductions in RBC lipofuscin content as well as increased levels of glutathione in the blood and reduced lead toxicity as this was a group of workers exposed to higher levels of lead everyday (9.) In closing, NAC is truly a remarkable supplement. If you’re healthy then you can perform optimally and that will indirectly enhance performance. I personally recommend NAC to the vast majority of people, even those who aren’t athletes.

References
1. Therapeutic efficacy of aortic administration of N-acetylcysteine as a chemoprotectant against bone marrow toxicity after intracarotid administration of alkylators, with or without glutathione depletion in a rat model. E. A. Neuwelt, M. A. Pagel, B. P. Hasler, T. G. Deloughery, L. L. Muldoon. Cancer Res. 2001 (https://www.ncbi.nlm.nih.gov/pubmed/11691805)

The Secret to Building Muscle 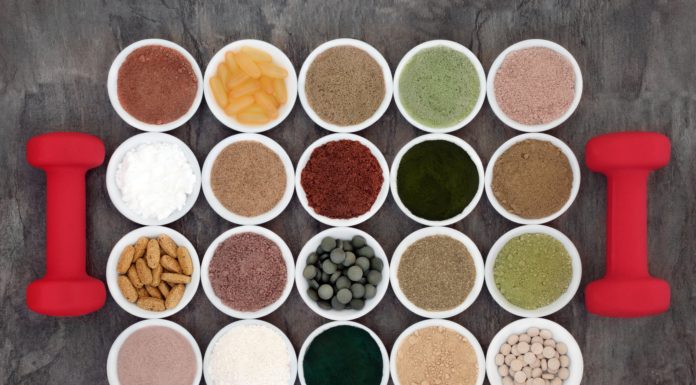