Choline is an essential dietary nutrient found in high concentration in foods such as eggs. It is an important nutrient to get through the diet, and a lack of this nutrient can be found in many degenerative diseases such as Alzheimer’s disease and dementia. Alpha GPC is a natural choline compound that is more powerful than the regular choline you consume in your diet.

While Alpha GPC is a potent nootropic in its own regard by influencing the brains choline reserves, it also comes with unique physical performance enhancing effects by boosting levels of human growth hormone (HGH). HGH is a much-loved hormone in the bodybuilding world since it increases muscle growth and mobilizes fat stores for breakdown. It is also much abused in synthetic injectable forms, and Alpha GPC just might be a cheap and decent alternative both for building muscle as well as anti-aging.

Alpha GPC is, in fact, one of the few dietary supplements that have been shown to be able to increase natural HGH production reliably. Because it is so versatile as a supplement, both for mental as well as physical performance, it plays a major part in our nootropic formula Mental Trigger.

Let’s take a closer look at this substance and how you can greatly benefit from adding it to your supplement routine.

Like previously mentioned, Choline is a dietary nutrient found in foods such as liver and egg yolks, but it can also be synthesized in the body from the amino acid methionine (common in meat). Your brain needs choline to produce the neurotransmitter acetylcholine via enzymatic reactions. Acetylcholine is necessary for many critical functions in the body such as memory formation and regulating muscle contractibility (that includes your heart beat), and a lack of it is a driving factor in age-related dementia.

Levels of acetylcholine are not easy to increase with the consumption of choline foods and/or supplements alone. In fact, in studies, it has shown mixed results. Also, about 50% of ingested choline is covered into betaine in the gut, but the other 50% (if you have the genetic predisposition) will be converted into trimethylamine instead. This substance can lead to a nasty body odor similar to rotting fish, which is why straight up choline as supplements has never really grown that popular, even for medical use.

Alpha GPC works rapidly by providing choline directly to the brain; hence many of its benefits stem from maintaining adequate levels of choline which indirectly also means more acetylcholine. However, this acetylcholine also influences other functions of the body more than just the brain. Let us dig deeper into first it’s nootropic benefits as well as how it can help enhance your physique.

Because of its dopaminergic action, it promotes the release of the neurotransmitter dopamine, which is implicated in libido, mood, energy levels as well as supporting higher testosterone and growth hormone levels. It is by increasing the release of dopamine that your favorite beverage coffee, improves your energy and mood. Alpha GPC acts in a similar fashion but is a mild stimulant that provides energy that lasts longer, best taken before a workout.

Alpha GPC increases core strength since the neurotransmitter acetylcholine activates muscle contraction, providing more explosive force to your training. This is basically what all powerlifters search for increasing with their training.

A study had proven this effect further, where a dose of 600mg Alpha GPC was taken before bench pressing which increased power output by 14%. You’ll be able to recruit and activate more muscle fibers by supplementing with Alpha GPC.

Alpha GPC is also able to enhance the health of cell membranes and speeds up the rate of recovery after physical exercise. It does this by increasing the production of human growth hormone which is beneficial for building more lean muscle mass. In fact, it’s a huge factor in building more muscle.

The Power of Human Growth Hormone

Human growth hormone (HGH) is the holy grail for bodybuilders who want to improve their body composition by losing fat and building more lean muscle mass. It is also highly beneficial as an anti-aging substance. The benefits of higher levels of HGH are immense:

There is a catch though; Alpha GPC only increases the body’s own production of growth hormone, which follows the normal cycle of growth hormone release during sleep and after exercise. This is the big difference from expensive synthetic HGH injections which can increase growth hormone at any time they are taken.

In other words, Alpha GPC creates more growth hormone in the body when it is naturally released, so make sure you get adequate sleep after workouts, so natural release is in full effect. Also, avoid consumption of substances that might hamper growth hormone release during sleep such as caffeine or cannabis use in the late evenings.

If you are interested in trying Alpha GPC standalone, we recommend a dosage of around 300-600mg as a start. If you feel it is beneficial for you, you can increase further from that. It’s also available in our flagship nootropic product along with many other potent ingredients that will give you that extra edge over the competition.

Alpha GPC is a safe, natural compound and has been documented to be well tolerated up to a daily dosage of 1200mg in most people. If you belong to those genetically prone, or already running high on acetylcholine, you might experience side effects such as headaches, nausea, fatigue or anxiety. If this is the case, discontinue Alpha GPC as this supplement is not for you. However, at the levels we provide it in our product Mental Trigger, it should not be a problem for anyone.

As if that’s not enough, don’t forget that Alpha GPC is also one of the few working growth hormone boosting supplements out there. This alone should be sufficient reason to give it a shot in your supplement stack! 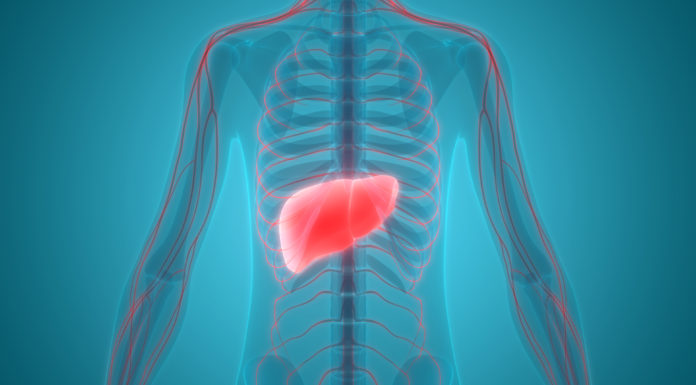 Inside Redcon1: Where are Redcon1 products made?