With all the new pre-workouts flooding the market it gets confusing to know what every new and old ingredient does, how effective it is, and how it even works. I wanted to focus on one of my favorite go-to pre-workout and intra-workout ingredients that I include in every workout. Now bring in agmatine sulfate!

Agmatine is a molecule that is a decarboxylated form of L-Arginine. L-Arginine, as we know was touted for having the best nitric oxide producing effects roughly ten years ago, but since then, much research has been conducting proving varied effects, and in many cases, little to no true nitric oxide benefits when compared with others on the market (1, 2.) Agmatine is not a direct molecule that can be used for nitric oxide production but it does influence nitric oxide metabolism via the diamine oxidase enzyme (which works with the metabolism of histaminase) that accounts for roughly 50% of agmatine’s metabolism (3, 4, 5.) Another 10% of agmatine’s metabolism that plays a pivotal role in the end result of increased nitric oxide metabolism is when its metabolized into polyamines as agmatine acts on polyamide synthesis (6.) If you couldn’t tell already, agmatine metabolism and the mechanisms it takes to actually increase nitric oxide levels is extremely extensive. Oral ingestion of agmatine does not seem to be an issue (7.) Once ingested, agmatine is distributed among nearly all tissues (including the stomach, lungs, skeletal muscle, and heart), but also seems to be distributed to your brain which makes sense as it does seem to aid in cognitive capabilities (8.) Agmatine has an extremely short circulating half life within all tissues but the brain (10 minutes compared to 12 hours.)

Now that you guys understand what agmatine sulfate is and its mechanisms of action, lets talk about all the good stuff you wanted to know…the benefits of agmatine and how to actually apply this information. First, we’ll begin with the benefits, as they are quite extensive for only being a “pump” based product. We see that agmatine helps with:

•improve nitric oxide levels (there by increasing your pump in the gym which indirectly increases nutrient delivery, nutrient partitioning, and to some extent, insulin sensitivity within that localized tissue.)

•aiding almost as a nootropic as it helps a tremendous amount with overall mental cognition, mental clarity, brain tissue health, and to some extent as an adaptogen being that it helps with calming stress levels

•having the possibility to increase appetite which can be a savior for those trying to gain weight but simply cannot stomach the high caloric intake (this is, as I said, only a possible effect although I am not completely sure of the mechanism behind which this acts, nor do I know why some metabolize this molecule and get this effect while others do not)

Now, if those reasons weren’t enough to get you excited to take agmatine sulfate, I dont know what else would be! But for those of you that are excited, lets talk about dosages! There really isn’t enough literature out there to support any specific dosage just yet, however, we see from a long term study done looking at higher dosages of agmatine, that there were zero adverse effects of up to 2.67 grams (9.) Because of this, as well as anecdotal evidence from using this ingredient with dozens of clients, 1 to 2 grams seems to be a very safe range where benefits are seen (for males and females.) I personally prefer to have myself and my clients ingest 1 gram pre-workout with my traditional pre-workout concoction, as well as 1 gram intra-workout with my intra-workout mixture. I would suggest this for anyone that is going to be resistance training for two or more hours. If you’re workouts are an hour and a half or shorter, I would most likely just dose all 2 grams pre-workout. There is no evidence to support this claim, it is merely something I’ve found that worked extremely well with everyone across the board in terms of initiating and retaining an extremely full pump that lasts the entire workout duration.

Now that you know how agmatine works, why to take it, and how to dose it properly, make an informed decision whether it not it fits into your budget. Its an extremely cheap ingredient and is usually found in your traditional pre-workouts anyway so go out, get an extreme pump, push more blood, nutrients, and oxygen into those muscle cells and grow!

1. Hemodynamic and vascular response to resistance exercise with L-arginine.

4. Metabolism of agmatine (clonidine-displacing substance) by diamine oxidase and the possible implications for studies of imidazoline receptors. A. Holt, G. B. Baker. Prog Brain Res. 1995 (https://www.ncbi.nlm.nih.gov/pubmed/8584654)

It’s All in Your Head! 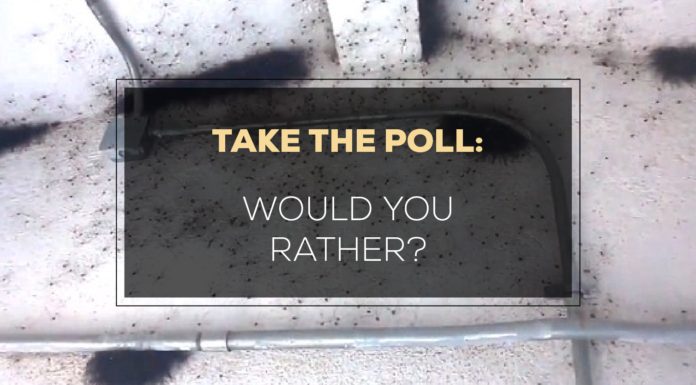 Would you rather – Redcon1 Edition